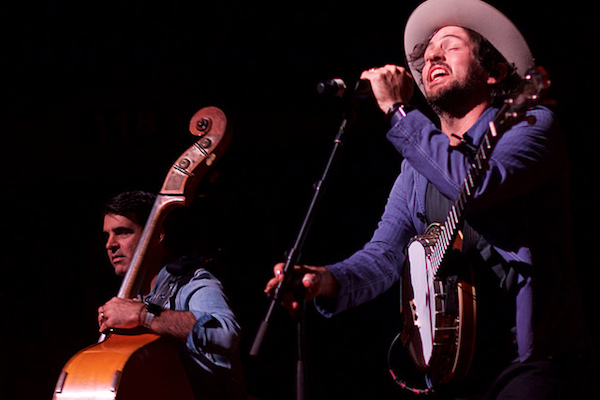 Vocalist and guitarist Seth Avett, one half of the Avett Brothers namesake, made his way to the stage, back facing the audience, jumping awkwardly. It was a cross between nervousness and an attempt to pump up his audience of thousands last Friday night at Chaifetz Arena. When he and his bandmates hit the stage, the crowd stood in unison, matching his energy.

The evening with the Avett Brothers began with the the ominous cello riffs of Joe Kwon, on the track, "Satan Pulls the Strings." Not to be outdone, Tania Elizabeth on violin, shredded several of the fine horsehairs of her bow. They wisped in the air like the melodies themselves.

Shortly into the set, the band left the stage leaving only Bob Crawford on standup bass, Seth Avett on acoustic guitar and Scott Avett on banjo, to perform a stripped down rendition of Shame. The crowd sang along, overpowering the trio's harmonies in a way that only thousands of voices echoing in an arena can.

The full band returned to the stage with "Ain't No Man," a song that emphasizes electric bass, drums, tambourine, and vocals.  By now the pattern of fast song followed by slow song, had emerged and the crowd happily surfed along the sound waves. Seth jumped off the stage, ran up the stairs to the upper deck, giving high fives as he passed, and stopped for a selfie or two, then returned to the stage all before the end of the song. The impression that I first mistook for nervous energy, was changed with their perfected stage presence. This tour, following the their 2016 release True Sadness, is the band's thirteenth.

Then Seth and Scott performed a series of songs as a duo. A string of slow songs where again, the crowd participated.  When the band returned they danced in step while they performed a waltz, appearing to have as much fun or even more so than the audience. At the close of the evening, Joe Kwon dressed Tania Elizabeth in his hat and glasses and they imitated the others playing.

ENCORE: The crowd waited patiently with their cellphone flashlights held over their head, one or two vintage cigarettes lighter adding to the ambiance. A collectively manufactured starlight sky filled the arena. They returned to the stage to appease the fans but more importantly to pay homage to Tom Petty. When the iconic harmonica and drum beat intro to "You Don't Know How it Feels," began the crowd cheered, priming their vocal chords to sing along.

They wrapped up the evening with "Talk on Indolence" and "No Hard Feelings." Then Seth introduced his sister Bonnie and said how lucky he was to have her playing piano and singing with them on tour for a few shows. (We were the lucky ones, Seth.)

The Avett Brothers can't be defined in a single genre of music. Banjo, stand-up bass, harmonica and fiddle could be categorized as bluegrass but that does not account for the cello, the rock riffs performed on electric guitar, and the all inclusive piano. The Avett Brothers are multi-instrumentalist, who play capital 'M' music with influences from Americana, bluegrass and rock, who harmonize to poetic lyrics. They really are something special to witness.

Click the image below to see all of Colin Suchland's photos of the performance. 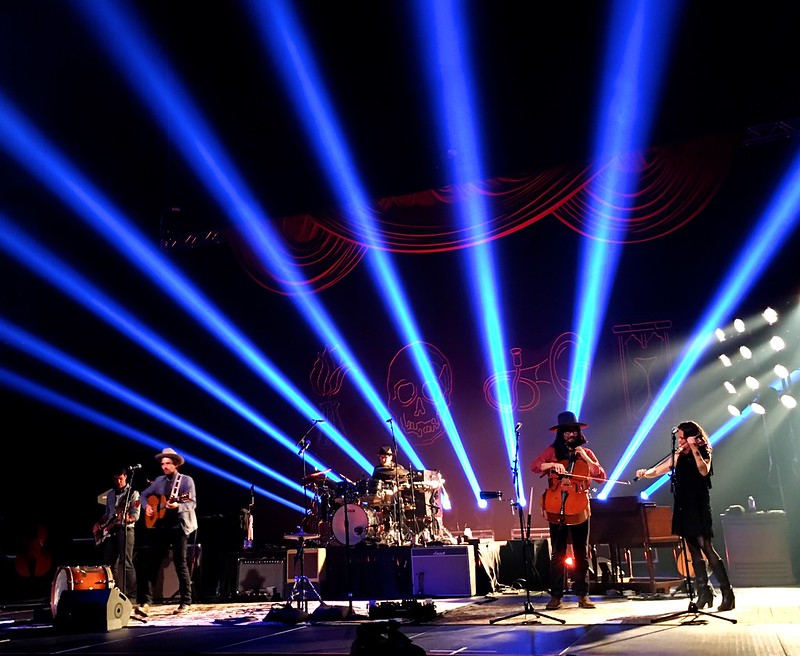