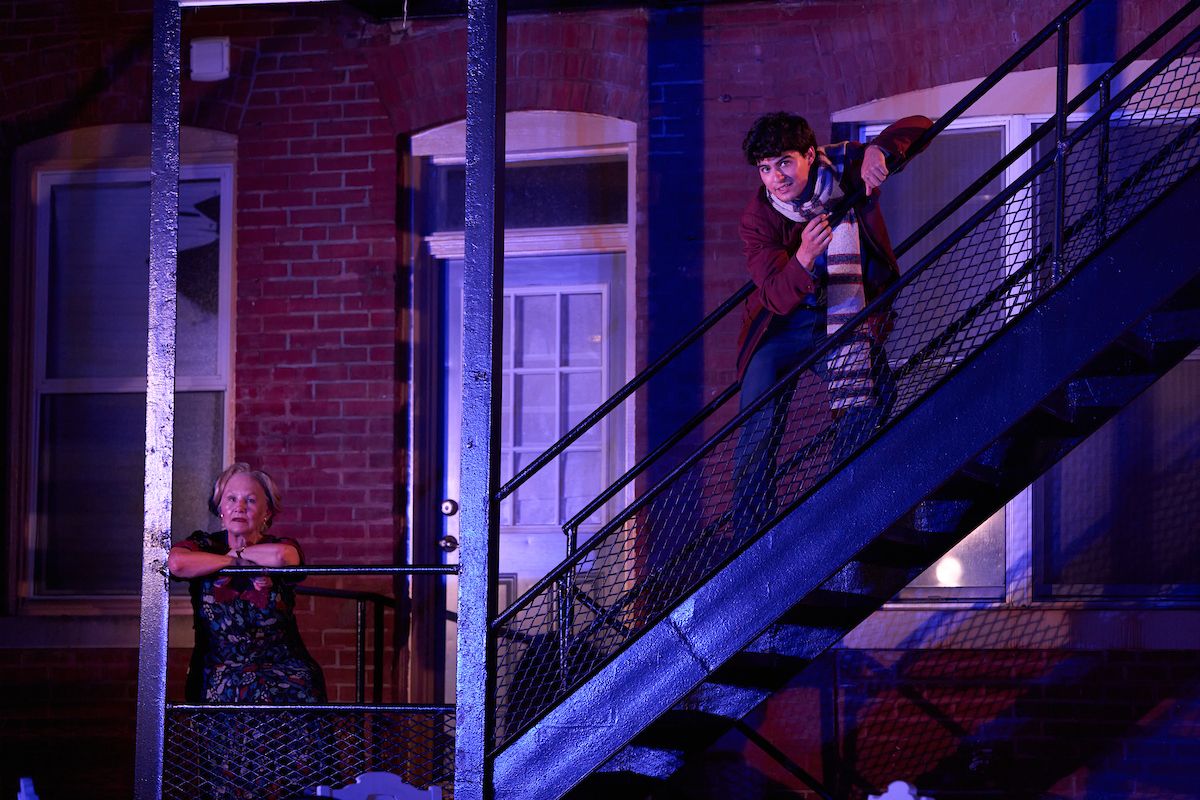 The Tennessee Williams Festival St. Louis offers St. Louis theatergoers and fans of the playwright a unique opportunity – the chance to see a superb production of one of his most important and personally relevant plays performed at its original setting. Smart direction, compelling performances and resonant themes ensure this production stands out among the festival’s best.

The moody memory play is equal parts affection and revulsion. Devotion to a long-faded idea of the past and the desire to run away as far and as fast as one can from the harsh realities of the present. That’s what Tom Wingfield is desperate to do anyway. To leave St. Louis – his nagging mother with her petite bourgeoisie airs, his sensitive, ethereally fragile sister and his dead-end job at the shoe factory downtown.

Tom hasn’t quite been able to make the break, however. Now that his sister Laura has dropped out of business school, his mother’s scheming to find the girl a husband may be the push out the door he needs. To appease his mother, Tom invites Jim O’Connor, an acquaintance from high school and his closest work mate, to dinner. Things don’t go quite as planned, even the popular, outgoing Jim has secrets, but the unraveling is spellbinding. A sad, beautiful tale of lingering regrets and unrequited devotion.

The outdoor production, directed by Brian Hohlfeld, stars Bradley James Tejada, Elizabeth Teeter and Brenda Currin as Tom, Laura and Amanda Wingfield, respectively, and Chauncy Thomas as Jim, the gentleman caller. Tejada is the embodiment of the playwright as leading man. Charming when he wants to be, his Tom is well educated and dissatisfied with his life, but not pretentious. He’s cerebral, ambitious in his own fashion, and all too keenly aware of the constraints of his current station. Tejada captures all these facets of the character with natural ease and a refined southern lilt that carries the weight of generations. From the moment he steps onto the fire escape balcony, lighting a smoke and teasing out his first few lines, the audience is completely engrossed.

Teeter is soft but effusive as Laura Wingfield, as delicate and easily broken as the girl’s beloved collection of glass animals. Almost painfully shy and skittish the majority of the play, she is transformed by Jim’s kind words and well-meaning advice. As Jim, Thomas brings charisma and self-assurance to the good-natured and well-intended young man. Teeter and Thomas create a connection, however brief, that is believably tender, making the moment when Laura’s bubble of happiness bursts all the more painfully effective. Finally, Brenda Currin’s threadbare finery cannot disguise her desperation as Amanda, a faded rose from another era. Though her performance is a bit uneven and lacking in vitality, her scenes with Tom and the way she comforts Laura at the end of the play are genuinely touching, powerful moments.

The show unfolds on a temporary stage at the back of a venerable multi-family building in St. Louis' Central West End. The very same apartment on Westminster Place that was once the home of the playwright and his family. The brick exterior and painted fire escape is a gritty, realistic backdrop to a modest home where the past seems more alive than its residents. Dunsi Dai’s set is practical, and a bit lived in, with elegant touches that help define both the period and the family’s former status and class. Michele Siler’s costumes echo the effort of keeping up appearances while subtly emphasizing the slow decline of present circumstances. Kareem Deanes’ sound design adds moody undercurrents to the show and Catherine Adams provides thoughtful lighting design that frames and focuses our attention. There’s something to the outdoor location, the fading summer night and sounds of life in the surrounding neighborhood, that adds texture and depth to the play’s sense of memory and quiet desperation – a fixed but impermanent scene, illuminated by sad, beautiful truths.

The play is an emotional roller coaster, filled with loss and longing at every turn. Tom longs for adventure and freedom, Amanda pines for faded glory, Jim O’Connor wants success and achievement. Even Laura, who seems to inhabit her own world, is filled with a lonely aching for something more. Director Hohlfeld captures the essential in small, poignant moments that linger just long enough to intensify their impact. The result is a beautifully nuanced production that enchants the audience, catching us up once again in the richly layered poetry and heartbreak of Williams’ masterful script.

Williams’ semi-autobiographic “The Glass Menagerie,” continues through August 29 as the centerpiece of the annual Tennessee Williams Festival St. Louis. Audience members must wear a mask when not seated and, with seats positioned in groupings to ensure safe social distancing, tickets are limited and reservation must be made online.