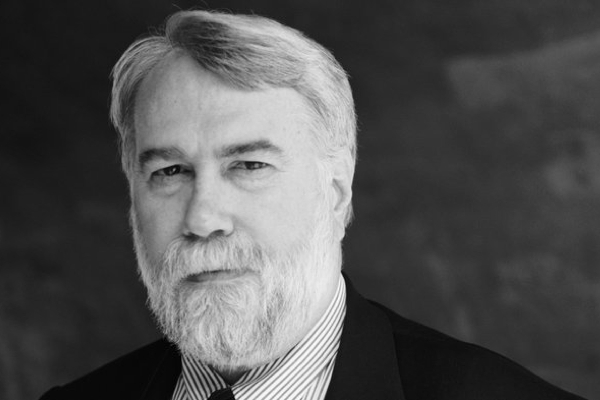 Symphony Preview: 'Man does not live by dread alone'--a conversation with Christopher Rouse

This weekend (Friday and Saturday, November 16 and 17), guest conductor Cristian Macelaru conducts the St. Louis Symphony Orchestra in an all-American program of music by Copland and Barber, along with the world premiere of the Bassoon Concerto by contemporary composer Christopher Rouse (b. 1949).

I had the opportunity to chat with Mr. Rouse this past weekend. Here's our conversation, with a few nips and tucks for the sake of clarity.

Chuck Lavazzi (CL): I see that your bio talks about an early interest in both classical and popular music. Who are the rock performers that you admired?

Christopher Rouse (CR): I listened to quite a bit in the mid 50s-Little Richard and Elvis Presley, for example-but then I sort of lost interest when Frankie Avalon and so on came along. But then I got interested again when the Beatles happened, so really the period for me was the mid and late 60s into the 70s.

There are so many bands that I really loved. Obviously the Beatles, they're in a special class, but also the Byrds, Jefferson Airplane, a lot of the West Coast bands-Spirit, Love, Moby Grape. And then continuing on into the 70s, I loved Led Zepplin, for example, and Steeleye Span (laughs). Most people will think it's a misprint for Steely Dan.

CR: And they're still going. So a lot of that-I began to lose interest in the mid-80s; I think maybe that corresponds with when my own career began. So I haven't followed it terribly much the last few decades. What I hear for the most part doesn't appeal to me.

CL: To what extent do you think your early interest in rock influenced your composing style?

CR: Not too much. There are a few pieces that do pay a kind of overt or direct homage to that repertoire, but for the most part I think one would struggle in vain to hear very specific references to that. The fact that I got to be known for writing loud, fast music is perhaps a more general kind of connection to rock. But for me for the most part they're kind of distinct and discrete entities.

CL: Speaking of things you have written, I see that you have multiple symphonies but only one concerto per instrument so far. I was wondering why that is.

CR: I pretty much respond to what I'm asked to write. If someone wants a concerto and I think I can do a good job I'll take it on. But apparently nobody has ever thought to ask twice (laughs). I have been approached about writing another flute concerto, but I really kind of feel that I put everything I had to say into the one that I already wrote. I'm pretty content to have written just one for each instrument. And of course there are a lot I still haven't written for. I don't have a horn concerto or a viola concerto. That may or may not happen in the future, who knows?

CL: Composers have often used performers as consultants when preparing concertos. Did you do that with this one?

CR: No. Usually I feel comfortable enough with an instrument so that I can write on my own. And in some cases I can't even get hold of my soloist. If you write a concerto for, you know, Yo-Yo Ma, he's hard to track down. So basically what I do is write the piece and then have the soloist tell me if there are things that I should change or simplify or whatnot.

The one exception to that was my guitar concerto where I was dealing with an instrument I really did not understand at all, so my soloist (Sharon Isbin) and I got together every six weeks or so and she would play through what I had written and see if it was at all practical or not. But that's the only time I have really worked with a soloist before actually finishing the piece.

CL: On a different subject, it seems to me that in the last century a gulf has been opening between the musical vocabulary of many composers and that of most audiences. Do you see that as an issue and if so how to you deal with it in your work?

CR: There's no question that it happened back in the 20th century. Adventurousness kind of put some composers in a place rather far beyond what most listeners were really ready to grapple with. And the 20th century was also a kind of very "objective" time; some composers were kind of anti-Romantic, so the idea of expressivity in music was demoted, and I think that was equally to blame.

The so-called "new Romanticism" that started in the late 1960s, which was about re-asserting expressiveness as the paramount reason to compose music was, I think, a very healthy development. Some of that involved going back to tonality, but not always. I think there's a lot of music that is not definably tonal but still is clearly meant to be expressive, and I guess that would apply to more than a little of my music. And the most important thing, I find, is the expressive content rather than how chromatic or diatonic it is.

You know, there are some listeners who just see that a piece is written after 1900 or 1910 and just kind of shut down automatically. I like to write for what I refer to as the open-minded lay listener. I'm not writing just for other professionals-other musicians and composers-I'm writing for that more general audience but I do need them to be open minded enough to meet me half way. (laughs) So that's who I'm trying to address when I write music.

CR: Right. Of course, he always said that wasn't his title, that was one the magazine imposed on the article.

CR: But, true, there is that period in which music as a kind of form of scientific research reached its zenith and that was the time of the broadest gulf between the composer and the listener.

CL: So the pendulum is obviously swinging back the other way.

CR: Very much so. And now particularly younger composers-you asked about pop music influences, for example-composers of the generation following me are much more open to really using anything and everything, a real amalgamation or fusion of all kinds of music, so I think that potentially can increase the accessibility of the music even more.

CL: Is there anything more you'd like the audience to know about the Bassoon Concerto?

CR: You know, it's what I call one of my "genial" works. I realize I have a reputation for writing a certain kind of very intense music but every once in a while I do enjoy writing a piece that really is meant to be appealing and not some dark exploration of the night of the soul. And this is one of those pieces. I don't want to say it's light hearted-the middle movement, the slow movement, gets a bit more serious-but I think for the most part it's music that's really meant to be enjoyed.

And, again, I ask the audience to meet me half way because the language of the piece is not always reassuringly tonal. As in a lot of my music, it kind of swings back and forth between very consonant elements and more dissonant ones. But it's music that's meant to, I hope, engage the ears of the listener and provide some pleasure. I know that's not something that one hears so much there days, perhaps.

One of my little quotes I use once in a while is "man does not live by dread alone." So I don't want to write music that is always dark and probing. I have certainly written plenty of those pieces, but sometimes it's just nice to-I won't say "take a holiday" because there's never a point at which composing in a holiday-but I hope that the music sounds as though we're on holiday a bit.

CL: And there's already quite a bit of darkness in the world today.

CR: Well, the thing is, you'll be accused of being in denial if you don't acknowledge it somehow, but a composer just generally has to be open to doing all sorts of things. One piece may be very light hearted and fun and the next piece may be much more serious and probing. A composer who only does one thing for his or her whole life I think is really limiting him or herself, and I think a composer needs to be a little more broad in their expression, anyway.

CL: Because if you just do the same thing over and over there's no growth.

CR: Well, yeah, because otherwise at a certain point you're just kind of rubber-stamping things. People hear you new piece and they say "oh, he's done the same thing again; we've been there, we've done that." And that means you're getting stale as a composer. So it's important to always keep looking at what you're doing and trying to come up with new ways of doing what you what you want to do.

The Essentials: Christian Macelaru conducts the St. Louis Symphony Orchestra and SLSO Principal Bassoonist Andrew Cuneo Friday at 10:30 am and Saturday at 8 pm, November 16 and 17. The program consists of Medea's Meditation and Dance of Vengeance by Samuel Barber, Aaron Copland's Symphony No. 3, and the world premiere of the Bassoon Concerto by Christopher Rouse. On Sunday, November 18, at 3 pm, Gemma New conducts the St. Louis Symphony Youth Orchestra in Dvorak's Carnival Overture, Sibelius's Finlandia, and the Brahms Symphony No. 1. All performances take place at Powell Hall in Grand Center.