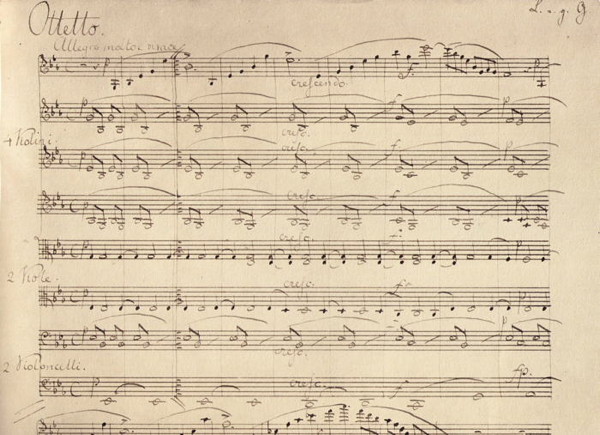 Last week the St. Louis Symphony Orchestra (SLSO) announced a series of six chamber music concerts for late October and early November. Each concert will be offered twice in rotating repertory through November 8. This is the last of three articles on the series (there's far too much music to cram into just one).

Saturday, October 31, at 11 am and Sunday, November 8, at 3:00 pm bring us two dance-themed works by contemporary composers and one by an established master that's so energetic you might at least want to tap your toes.

The concerts open with "Strum," for string quartet, by Jessie Montgomery, a violinist and composer whose colorful "Starburst" was the first piece to be played on the stage at Powell when it re-opened on October 15th. The composer says the title refers to "an upward and downward (back and forth) pizzicato stroke" for the strings that mimics the sound of a strummed guitar. "Drawing on American folk idioms and the spirit of dance and movement," she writes, "the piece has a kind of narrative that begins with fleeting nostalgia and transforms into ecstatic celebration."

You can hear that right from the start in the Catalyst Quartet's recording, with Ms. Montgomery herself on second violin. Given her participation, we can probably regard that as the definitive performance. It certainly rocks and sings with virtuosity and spirit.

Up next are three of the six movements of "Leyendas: An Andean Walkabout" for string quartet by Gabriela Lena Frank, Composer-in-Residence with the Philadelphia Orchestra, founder of the Gabriela Lena Frank Creative Academy of Music, and a graduate of my alma mater, Rice University. Ms. Frank's background is one of ethnic diversity, as her biography clearly attests:

Born in Berkeley, California (September, 1972), to a mother of mixed Peruvian/Chinese ancestry and a father of Lithuanian/Jewish descent, Frank explores her multicultural heritage most ardently through her compositions. Inspired by the works of Bela Bartók and Alberto Ginastera, Frank is something of a musical anthropologist. She has traveled extensively throughout South America and her pieces often reflect and refract her studies of Latin American folklore, incorporating poetry, mythology, and native musical styles into a western classical framework that is uniquely her own.

The Peruvian side of her background is on display in the selections from "Leyendas," described at the composer's web site. The links I have provided with each selection will take you to online performances of them.

"Chasqui," a portrait of "a legendary figure from the Inca period, the chasqui runner, who sprinted great distances to deliver messages between towns separated from one another by the Andean peaks," races along with light, rapid-fire pizzicati. "Toyos" uses long, gliding melodic lines to depict "one of the most recognizable instruments of the Andes, the panpipe." And "Coqueteos" evokes "a flirtatious love song sung by gallant men known as romanceros" with grand, sweeping gestures that dance and glide with the open sensuality of tango dancers. Listening to that one might fog up your glasses.

The final work on the program needs little in the way of introduction. It's Mendelssohn's Octet, written when the composer was only 16 and nearly half-way through his life (he died at the age of 39). It's popular enough to have almost certainly caught your ear at some point, but if you want a detailed breakdown there's a good one at the San Francisco Symphony web site. For the purposes of this article, I'll just note that every one of its four movements is, as the old Robert Palmer song goes, "simply irresistible." I think you'll find that time flies during its half-hour length as quickly as the music does in the famous Scherzo third movement. There's a peppy performance complete with synchronized score (yes, I'm very partial to those) at YouTube.

Sunday, November 1, at 3 pm and Saturday, November 7, at 11 am it's a lively, witty, and whimsical program of music for wind quintet by Jacques Ibert, Samuel Barber, György Ligeti, and Valerie Coleman.

Jacques Ibert's "Trois pièces brèves" (Three Short Pieces) kick things off with a bracing dose of joie de vivre (French for the thing Auntie Mame had in abundance). Although originally performed in 1930 as part of Maurice  Constantin-Weyer's "Le  Stratagème  des  roués" (a French translation of George Farquhar's Restoration comedy "The Beaux's Stratagem") this is, as Tim Munro writes in the SLSO program notes, "a glass of French champagne... Short, tart, with an edge of sweetness." Treat yourself to a glass whilst listening to this 2014 performance by the Philharmonic Five.

Next, turn the clock back a couple of months for Barber's "Summer Music," op. 81. The result of a 1953 commission from the Chamber Music Society of Detroit, the piece was designed, in the words of the composer, "to be evocative of summer -- summer meaning languid, not killing mosquitoes." Barber worked closely with the musicians who premiered the work in 1956, resulting in music that showcases every one of the five performers at one point or another. Listen to a 2015 performance by the Carl Nielsen Quintet with a cool drink at hand.

"Languid" would not be a word you'd use to describe Ligeti's"Six Bagatelles for Wind Quintet." Alexander Carpenter at allmusic.com calls this "cool but insistent music." I'd add "spiky" because of the occasional nose-thumbing bits of dissonance and (with the exception of the Lamentoso second movement) lively and virtuosic, as you can hear in this performance with synchronized score at YouTube.

Valerie Coleman's "Tzigane," which winds up the program, is pretty lively stuff as well. A former flutist with the Imani Winds and recipient of the 2020 Classical Woman of the Year award by my favorite radio program, "Performance Today," Ms. Coleman has written extensively for wind ensembles. The composer describes "Tzigane" as "a high-charged, passionate journey through Eastern Europe, by way of the Romani." I'd say that about covers it, as this performance by the Imani Winds (from their 2016 album "Startin' Somethin'") demonstrates.

Performers for these concerts are Ann Choomack on flute, Cally Banham on oboe, Tzuying Huang on clarinet (a change from her usual instrument, the bass clarinet), Andrew Cuneo on bassoon, and Julie Thayer on horn.

Audience size for all these concerts will be limited to 150 for each performance, and tickets can only be purchased by calling the SLSO box office at 314-534-1700. Only two tickets can be purchased per household. Information on the SLSO's COVID-19 safety protocols is available at the orchestra's web site.