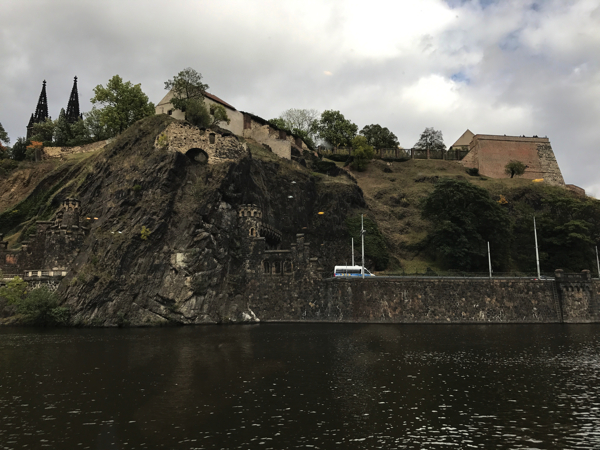 This weekend (October 29 and 30) the St. Louis Symphony Orchestra (SLSO) welcomes back a pair of artists who have appeared on the Powell Hall stage in the recent past to considerable acclaim: conductor Nikolaj Szeps-Znaider and pianist Ingrid Fliter. That makes it a homecoming of sorts, which seems in synch with SLSO program annotator Caitlin Custer’s description of it as “a program about place, about home.”

The concerts begin with “Luctus Profugis: Elegy for the Displaced,” a 2016 work by Canadian-American composer Karim Al-Zand. A faculty member in the Shepherd School of Music at my alma mater, Rice University, Al-Zand is described, in his official bio, as drawing on “sources such as graphic art, myths and fables, folk music of the world, film, spoken word, jazz, and his own Middle Eastern heritage.”

That heritage is the primary inspiration of “Luctus Profugis,” which Al-Zand describes as “a lament for string orchestra and percussion that reflects on the 2015–2019 European refugee crisis” in which refugees from war-torn Syria, Iraq, and Afghanistan began flooding Europe and the United States—often meeting a hostile reception. “It is my hope,” he wrote, “that Luctus Profugis serves as not only an elegy, but also a call to action.”

Scored for string orchestra and vibraphone, “Luctus Profugis” is a short (under six minutes) but powerful work based on a three-note motif on the vibraphone that continues throughout the work. The strings pick up on it and weave a complex contrapuntal web of sound out of it, somewhat in the manner of a passacaglia, in which a repeated melody in the bass line serves as the basis for increasingly elaborate variations for the other instrumental voices. The mood is an intense mixture of yearning and lamentation that finally fades into an uneasy silence.

There’s no recording of the work available on Spotify, but there is a fine performance on YouTube by the Kölner Philharmonie (Cologne Philharmonic) under the baton of another conductor who is no stranger to our stage, Christian Macelaru.

The concept of “home” behind the next work is more domestic.  When Robert Schumann wrote his Piano Concerto in A minor, Op. 54, he was happily ensconced in cozy domesticity with the love of his life, Clara. You can hear that love and contentment in every measure of this poetic work, which is far removed from the sort of virtuoso showpiece that Schumann and his fellow contributors to the Neue Zeitschrift für Musik disdained. The piano is not set apart from the orchestra the way it is in the concerti of many of Schumann's contemporaries. From the very beginning, in which the soloist trades phrases with the winds, the piano is an integral part of the orchestra—a role it occupies until the very end. As Clara Schumann, who gave the work its 1845 premiere in Dresden, observed in her diary, "the piano is interwoven with the orchestra in the most delicate way—one can't imagine the one without the other."

The concerto was equally successful when Clara played it at a New Year’s concert in Leipzig the following year and again in London shortly before Schumann's death in 1856. Even the critic J. W. Davidson, who regarded the Concerto itself as "a labored and ambitious work," had to admit that "the praiseworthy efforts of the gifted lady make her husband's curious rhapsody pass for music."

In a 2016 video interview for Linn Records promoting her new recording of the Schumann concerto (which you can hear in the Spotify playlist), Ingrid Fliter describes Schumann as “a poet” who was “always seeking inside of himself…he seeks a perfect world, an ideal world that doesn’t exist and he cannot reach.” As you listen to his concerto, I think you can find him reaching that world in his music, even though he only achieved it briefly in his own tragic life.

Home is central to the works that take up the second half of the concert: the first four movements of Bedrich Smetana’s magnum opus “Má vlast” (usually translated as “My country” or “My fatherland”). A dedicated Czech nationalist and vocal advocate for his country’s independence from Austria, Smetana composed this collection of six tone poems celebrating the history and natural beauty of his homeland between 1874 and 1879. The first four, which you’ll hear this weekend, originally made up the entirety of “Má vlast” and were performed that way in 1875. The final six-movement version was not completed until 1878 and was performed for the first time in 1880, four years before the composer’s death. “Má vlast” was immediately popular. Smetana’s dream of an independent Czech state, alas, would not be fully realized until over a century after his death, with the founding of the Czech Republic in 1993.

The four movements of the original “Má vlast” are “Vyšehrad,” the massively admired “Vltava” (a.k.a. “The Moldau”), "Sárka,” and ”Z českých luhův a hájův” (usually translated as “From Bohemia’s Woods and Fields”). Let’s take a quick look at each one.

“Vyšehrad,” which opens the program, begins with a long introduction that depicts the song of the bard Lumir being played inside the great hall of the castle of Vyšehrad. A more dramatic central section suggests the strife that would characterize Czech history, after which the calmer voice of the bard returns. A few troubled final bars, though, suggest that the calm won't last. When you listen to “Vyšehrad,” notice how important the harp is as the voice of the bard. In the program notes for the SLSO’s 2013 performance of the work, Principal Harp Allegra Lilly (who will be playing this weekend, along with Megan Stout) described the "big, rolled chords which are interspersed with arpeggiated passages" in the introduction as helping to "create a magical sound, a mystical element appropriate to the piece."

“Vltava” is straightforward scene painting, vividly illustrating the course of the river Vltava from placid mountain stream to raging torrent at the St. John rapids (which manifest themselves as big crashing chords towards the end). The bard's theme from “Vyšehrad” pops up again near the end, as well, to provide some artistic unity. When I was young, “The Moldau” (as it was then known) was very popular with teachers of "music appreciation" courses (do they still have those?) because it was short (around 12 minutes), and the structure was simple. It's very appealing stuff.

Things take a turn towards the dramatic in "Sárka," which is based on a fairly bloody bit of Czech history.

The story comes from the tale of the legendary "Maiden's War" which may (or may not) have taken place in the 6th or 7th century. First described in the twelfth-century "Chronica Boëmorum" and later in the fourteenth-century "Dalimil's Chronicle," this literal war between men and women was supposedly sparked by the death of Libuse, the last in a line of matriarchal rulers of Czech society. One of the fighters in that civil war was Sárka, a lieutenant of the fierce warrior woman Vlasata. In the legend, Sárka seduces the warrior Ctirad and then, with the help of her fellow Amazons, slaughters him and his men in their sleep.

Smetana's tone painting is fairly literal and concludes with a particularly violent orchestral outburst. "The music is vivid and suspenseful," wrote René Spencer Saller in her program notes for the SLSO’s most recent performance of the piece in 2018, "with sharply contrasting motives: churning tempests reminiscent of “The Flying Dutchman” reveal the heroine's rage, a sinuous clarinet suggests her seductive wiles, a march represents the advancing male army, and rumbling bassoons mimic the snores of the doomed men."

After that violent melodrama, ”Z českých luhův a hájův” serves as an ideal aural palette cleanser, with its sunny celebration of the Czech landscape and its inhabitants. It opens with a majestic evocation by the full orchestra of the country’s natural beauty that quickly transitions to a more small-scale vision of bucolic calm in the woodwinds. It’s like zooming from a widescreen panorama down to shots of a rustic village. The music eventually builds to an energetic polka that vividly suggests a village festival and makes for an appropriately exuberant finale.

I keep hoping the SLSO will perform all of "Má vlast" one of these days.  Meanwhile, this is two-thirds of it, which isn’t bad. In any case, the SLSO’s complete recording, under the baton of the late Walter Susskind, is part of my Spotify playlist this week. I decided to include the two dramatic final movements, “Tábor” and “Blanik,” which depict the Protestant Hussite rebellion of the 15th century and end with a quick recap of themes from “Vyšehrad” and “Vlatava.”

The Essentials: Nikolaj Szeps-Znaider conducts the SLSO along with pianist Ingrid Fliter in Karim Al-Zand ‘s “Luctus Profugis: Elegy for the Displaced,” Schumann’s Piano Concerto, and the original four-movement version of Smetana’s “Má vlast” Friday at 10:30 am and Saturday at 8 pm, October 29 and 30. Performances take place at Powell Hall in Grand Center.