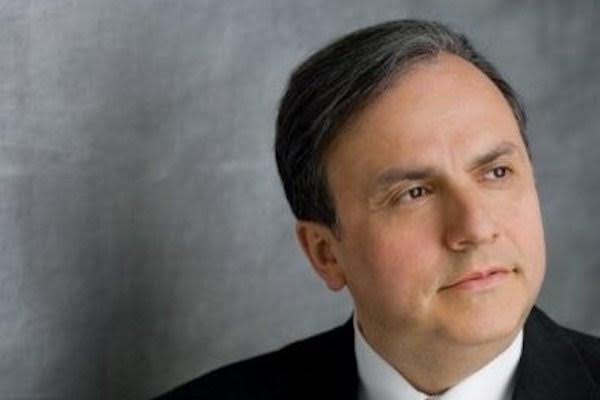 Jolly Haydn and dramatic Beethoven were on tap this past weekend at Powell Hall, in a program made up mostly of music written around 1800.

The concerts opened, appropriately, with an overture -- specifically, the one Mozart wrote for Die Zauberflöte (The Magic Flute), the 1791 Masonic-tinged singspiel that would prove to be his last completed work for the stage.  From the three solemn opening chords to the end of the sprightly and ingeniously constructed Allegro that follows, this is music with an optimism and drive that contrasts sharply with its creator's failing health and fortunes.

Mr. Robertson gave those opening chords a kind of dramatic poignancy that reminded me of that contrast, then followed it up with an energetic and expertly shaped reading of the body of the overture. It was the kind of performance that lends credence to critic Jeff Counts' characterization of the piece as "the most rewarding six minutes in music," especially when played with such crystalline precision.

Up next was Beethoven's Piano Concerto No. 3 in C minor, Op. 37. The work had its premiere at a mammoth 1803 concert that included his Symphony No. 2 and his oratorio Christ on the Mount of Olives. The orchestra was second rate and Beethoven hadn't finished writing out the piano part, playing it instead from memory as Gershwin did at the first performance of Rhapsody in Blue.  Subsequent performances were better received, and the concerto is now widely seen as the composer's first truly mature work for piano and orchestra.

The Beethoven revealed here is the dramatic and heaven-storming Beethoven of popular legend. The hushed expectation of the ascending string motif at the beginning soon gives way to high drama with the entrance of the soloist playing music which, as the movement progresses, pushes the capabilities of 1803 piano technology to its limits.  The lyrical second movement and energetic finale, with its unexpected fugal passages, are clearly the work of a composer fully in command of his idiom.

Soloist Yefim Bronfman, whose prodigious technique has impressed me in the past, delivered everything the score promises. He gave us all the fierce intensity of that first movement, culminating in a particularly dramatic cadenza, with its tranquil final trill leading to a strikingly impassioned coda.

The second movement, which included some fine playing by Principal Flute Mark Sparks and Associate Principal Bassoon Andy Gott, sang as it should, and the final Rondo was completely engaging. In short, Mr. Bronfman and Mr. Robertson gave us a Beethoven third that bodes well for the rest of the complete cycle of Beethoven piano concerti that the SLSO is doing this season.

The second half of the program leapt ahead in time to 1997 with Viola, Viola by English composer George Benjamin (b. 1960). This intimate piece for two violas is the product of a composer who, like Beethoven, continually revises and reworks his pieces until he's sure they're just right. Over the course of its ten minutes, the instruments converse, argue, and finally combine so seamlessly that it can be hard to tell them apart.

It was fun to watch the impressive virtuoso interplay between the wife and husband team of Beth Guterman Chu (Principal Viola) and Jonathan Chu (Assistant Principal Viola) here, but the score itself struck me as a bit arid. I came away feeling that I had admired a neat bit of musical clockwork.

The concert concluded with a wonderfully good-humored romp through Haydn's Symphony No. 102 in B-flat major. First performed in 1795, it was written for the second of two highly successful London engagements in the 1790s. By then Haydn's audiences were increasingly drawn from the educated middle class rather than the aristocracy, and like any good showman, he knew what they wanted: novelty, invention, surprise and a healthy dollop of good humor.

"Haydn's 102nd, just like all of his London symphonies," wrote Tom Service in a 2013 article for The Guardian, "consecrates a moment in symphonic history when this composer and his listeners were in excellent, mutually appreciative accord, a bond that's renewed every time this symphony is played or listened to today." Mr. Robertson's performance honored that bond in both audible and visual ways. This was especially true in the finale, in which Haydn playfully throws snippets of the melody back and forth between sections like a game of musical tennis. Mr. Robertson followed those leaps with his head like a spectator at Wimbledon, to the obvious amusement of the audience. Purists might object to those sorts of hijinks, but I think Haydn would have loved it.

And all this was, in any case, in the service of a very knowing and idiomatic performance, with the usual high level of playing from the members of the band. I was very much taken with Principal Cello Danny Lee's work in the Adagio second movement as well as the flutes, oboes, and bassoons in the trio section of the comically off-center third movement Menuet.

Mr. Robertson clearly understands both Haydn's humor and inventiveness. I'd like to see him take on more of the composer's symphonies in the future.

Next at Powell: David Robertson conducts with violin soloist Leila Josefowicz on Friday and Saturday at 8 p.m., September 30 and October 1. The program consists of John Adams's Violin Concerto and Beethoven's Symphony No. 3 also known as the Eroica.