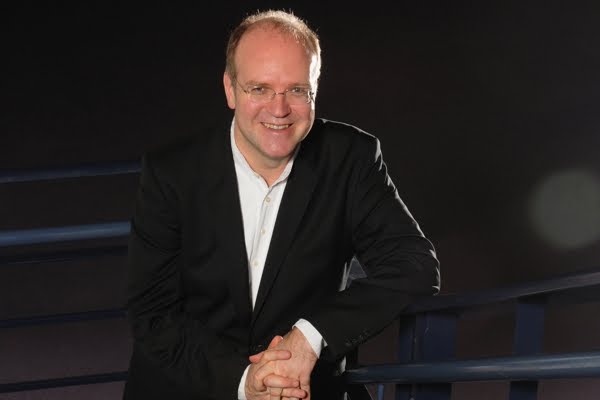 It was all Bach all the time this weekend at the St. Louis Symphony as Bernard Labadie returned to conduct all four of the composer's orchestral suites. Working without a score, Mr. Labadie gave us lively and nuanced interpretations of these works, and he got excellent playing from the orchestra.

Like many of the great composers of his time, Bach often worked for the government. Three of the four orchestral suites, in fact, were most likely written originally for the court of Prince Leopold of Anhalt-Cöthen (where Bach was the resident composer and music director from 1717 to 1723) and then revised for the Leipzig Collegium Musicum (a semi-professional ensemble that the composer directed from 1729 through 1741). The fourth (the Suite No. 3, BWV 1068) was written expressly for the Collegium.

All four are essentially dance suites, a form that was highly popular in Bach's day. Each of the suites begins with a short "French overture" (the name possibly refers to the fact that the form first appears in the operas of Jean Baptiste Lully) consisting of majestic opening followed by a fast fugal section. That's followed by collection of popular dances of the period -- Courante, Gavotte, Menuet and so on.

If some of the recordings of the Bach suites in my collection are any indication, it's easy to treat this music as weighty stuff. Even in his "light" music, after all, Bach couldn't stop being a genius at counterpoint. But Mr. Labadie's fleet-footed and engaging interpretations never allowed us to lose sight of this music's terpsichorean roots.

Each of the four suites had its share of delightful moments. In the Suite No. 1 in C major, for example, I was very taken with the wonderfully precise work from oboists Jelena Dirks and Michelle Duskey and bassoonist Andrew Cuneo in the "Overture" and "Bourée" of the first suite. I loved the whirling energy of the "Fourlane" movement as well.

Next was the Suite No. 3 in D major, which included an impressive solo by Concertmaster David Halen in the fast section of the "Overture" and solid work by Mike Walk and the other members of the trumpet section. The famous second movement "Air" got a loving, almost Romantic treatment from Mr. Labadie, which made for a nice contrast with the brisk "Overture" that preceded it.

After intermission, Principal Flute Mark Sparks took the spotlight for the Suite No. 2 in B minor. Scored for strings, harpsichord, and solo flute, the suite feels more like a concerto and offers plenty of opportunities for the soloist to strut his stuff -- which Mr. Sparks did with great authority. The intimate "B" section of the "Polonaise," with Mr. Sparks backed up only by the continuo (harpsichord and cello), was especially lovely, and the "Badinerie" finale, taken at a somewhat faster tempo than usual, was a real tour de force.

The evening came to a rousing conclusion with the Suite No. 4 in D major. With added oboes, trumpets, and tympani it is, as Paul Schiavo writes in his program notes, "the most lavishly scored of his four suites." Encountering it at the end of an evening of works scored for smaller ensembles (and immediately after the far more intimate second suite), it was easy to understand how it might have sounded to an eighteenth-century audience: big, bold, and festive. Mr. Labadie and the band gave it an appropriately energized and appealing treatment, with great playing all the way around.

Next at Powell Hall: Stéphane Denève conducts the orchestra along with piano soloist Steven Osborne in Beethoven's Piano Concerto No. 1 and Richard Strauss's massive Alpine Symphony on Friday and Saturday at 8 p.m., March 10 and 11. The concert takes place at Powell Symphony Hall, 718 North Grand in Grand Center.