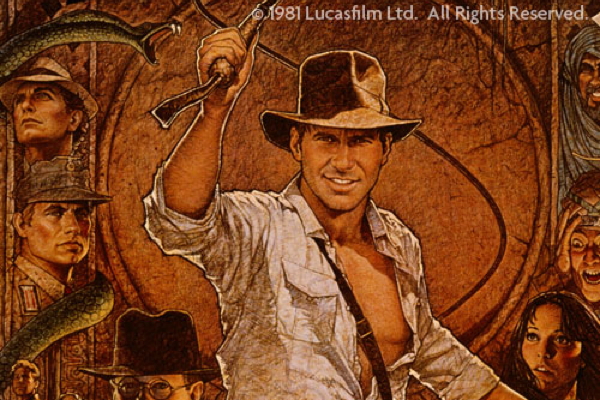 'Raiders of the Lost Ark in Concert' shows the ingenuity of John Williams and the skill of the St. Louis Symphony

John Williams, who turned 86 in February, is probably the best known and most frequently recorded film music composer of the last 100 years. He's certainly one of the most honored, with five Oscars, four Golden Globes, 22 Grammys, seven BAFTA awards, and, for all I know, a partridge in a pear tree.

The reason for his popularity and all those awards was easy to hear Friday night as the St. Louis Symphony performed the score for the 1981 blockbuster Raiders of the Lost Ark while the film was shown on the big screen above the orchestra. Hearing this music live offered a chance to appreciate the way Williams worked decidedly "modern" effects (dissonance, eerie string harmonics, polytonality) into a traditional action score.

Mr. Williams's seemingly bottomless musical toolbox is hardly surprising, though, given the fact that his involvement with the film music business extends all the way back to his days as a jazz keyboardist and film and TV studio pianist. Remember the piano riff for Peter Gunn? That's him. Although classically trained (he studied privately with the Italian composer Mario Castelnuovo-Tedesco), Mr. Williams got his professional experience in an environment in which versatility was a sine qua non.

He learned his lessons well, and it's impossible not to admire the inventiveness of his work for Raiders. From the ominous passages for the double reeds and low strings in the opening jungle sequence, to the spiky string figures and syncopation of the "basket chase" scene in a Cairo market, to the heroic march associated with Indiana Jones, this is clearly the work of a master of his craft.

It's also impossible not to admire the consummate skill with which an expanded version of the St. Louis Symphony Orchestra plays this music. Yes, the audience's attention is mostly focused on the on-screen action, but that makes a polished performance of the score all the more important. Nothing can kill the suspension of disbelief quite like a missed entrance or flubbed note.

Of which, naturally, there were none Friday night. Guest conductor Scott Terrell, the music director of the Lexington Philharmonic, led the SLSO in a vital and precise reading of this score. Conducting in synch with a film is an important skill for young conductors these days, and judging from his many credits in this area, Mr. Terrell is a master of that very special craft.

So, yeah, Raiders of the Lost Ark at the St. Louis Symphony is great entertainment for the whole family. But it's also a reminder of the days when not every single moment of a movie was underscored. John Williams's exciting and intelligent music reinforces the action and highlights character without beating you over the head constantly. I wish more recent films would follow that same path.

You have one more chances to enjoy this good, old-fashioned swashbuckler at Powell Hall today, Sunday at 2pm.

Next at Powell Hall: Friday and Sunday, March 24 and 26, David Robertson returns to conduct the orchestra and chorus in the local premiere of The Gospel According to the Other Mary by John Adams, a work that they will be presenting at Carnegie Hall on March 31 as part of the Great American Orchestras series.