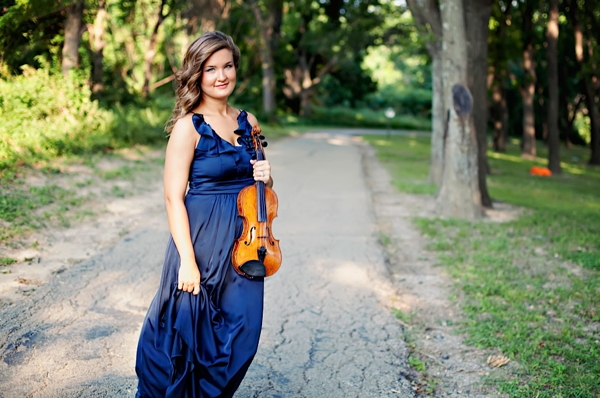 David Robertson conducts a jolly of evening of 'Music You Know'

Since the inception of the "Music You Know" programming in November of 2014, I have become a great admirer of the St. Louis Symphony's concert series devoted mostly to relatively short works -- most of which are likely to be familiar to SLSO regulars -- paired with an equally accessible new piece.

Yesterday (Friday, April 19, 2016) was the last concert in the 2015/2016 series sponsored by the Whitaker Foundation, and like those that have gone before, it was a jolly business all the way around, with Maestro David Robertson conducting and chatting about the music in between selections.

The fun began with a pretty much perfect run through the lively and tune-filled overture to Leonard Bernstein's 1956 operetta Candide. A standard encore for the orchestra on its tours, the piece is an ideal distillation of Bernstein's skills as a melodist and orchestrator, as well as a display of the sunny optimism once characteristic of America.

Up next was an equally accomplished performance of the "Dance of the Hours" from Amilcare Ponchielli's 1876 opera La Gioconda. It was distinguished by, among other things, some lovely work by harpists Allegra Lilly and Megan Stout in the opening measures, along with pristine playing throughout the piece. It has become hard to take this music seriously after the comic demolition jobs it received from Walt Disney in Fantasia in 1940 and Allan Sherman in his 1963 LP My Son, The Nut, but a performance this good makes it easier to banish thoughts of dancing ostriches and Camp Granada.

The first half concluded with the Chaconne in G minor for Violin and Orchestra, a work attributed to Baroque composer Tomaso Vitali, despite the fact that it contains some very un-baroque key changes. Whatever its origins, Second Associate Concertmaster Celeste Golden Boyer did a splendid job with the solo part, delivering all the dark passion inherent in the music.

The second half started with another winner, the prelude to Engelbert Humperdinck's 1893 opera Hänsel und Gretel. Humperdinck (the original German composer, not the 1960s singer who appropriated his name) was a protégé of Richard Wagner, and there's more than a hint of Die Meistersinger in the piece, especially in the big contrapuntal section towards the end. It's big, complex music and the SLSO musicians more than did it justice. A shout-out is due to Roger Kaza's horns for the powerful, burnished sound of their many exposed passages here.

More images from Fantasia are inevitably summoned up by the next selection, Paul Dukas's popular 1897 tone poem The Sorcerer's Apprentice, partly because -- as Mr. Robertson reminded us -- the music so vividly depicts the story that Disney's animators put on the screen. It's a piece filled with brilliant orchestral details, from the delicate opening measures for flutes, clarinet, harps, and strings, to the comically animated broom depicted by the bassoons, to the massive orchestral climaxes as the hapless apprentice tries to bring that broom under control. This was another bravura performance by the orchestra, with tips of the hat due to (among others) Andrew Cuneo's bassoons and the flutes under Associate Principal Andrea Kaplan.

The new work was next: Cyrillic Dreams by cellist and composer Stefan Freund, an associate professor at the University of Missouri and co-founder of the new music ensemble Alarm Will Sound. Inspired by a visit to Moscow and St. Petersburg, the work is essentially a short concerto grosso in which a solo string quartet consisting of the leaders of the first violins, second violins, violas, and cellos is set against the orchestral strings. The work opens with soaring, yearning opening theme on cello, which is then taken up by the viola, the violins, and eventually the full orchestra. Over the ensuing nine minutes the music rises to rapturous heights in a way that reminded me of the Fantasia on a Theme of Thomas Tallis by Vaughan Williams.

The solo quartet consisted of Principal Cello Daniel Lee, Assistant Principal Viola Jonathan Chu, Principal Second Violin Kristin Ahlstrom, and (substituting for the originally scheduled David Halen) Associate Concertmaster Heidi Harris. They sang with their instruments flawlessly, as did the entire string section. If only the audience member with the nonstop cough had been polite enough to leave the auditorium instead of hacking all the way through the piece, the experience would have been ideal.

The evening came to an appropriately blazing finish with the horns and brasses in particularly fine form in Wouter Hutschenruyter's orchestral arrangement of "The Ride of the Valkyries" from Wagner's Die Walküre.

"Just look at this orchestra's recent birth rate," quipped Mr. Robertson at one point during the evening: "They are a happy group of active people." Indeed they are, and their joy in making music inevitably spills over into the audience.

Next at Powell Hall: David Robertson conducts orchestra with tympani soloist Shannon Wood on Saturday at 8 p.m. and Sunday at 3 p.m., April 30 and May 1. The program consists of William Kraft's Timpani Concerto No. 2, "The Grand Encounter," and Schubert's Symphony No. 9. Performances take place at Powell Symphony Hall, 718 North Grand.