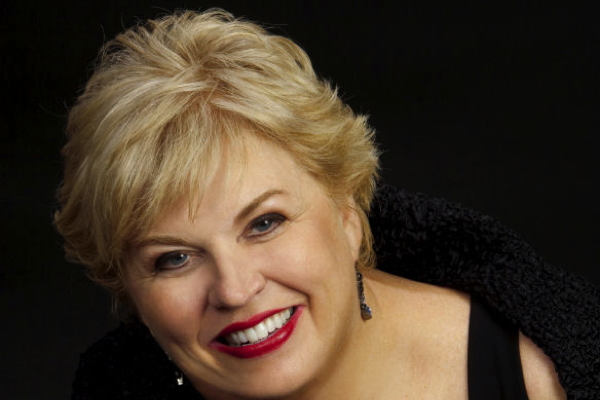 Unless you've sung in a choir or played in a concert band, you probably know Gustav Holst (1874-1934) only as the composer of his popular orchestral suite The Planets, Op. 32, a performance of which concludes the St. Louis Symphony's regular season this weekend. Singers will probably know Holst's many choral works, and recovering band geeks like yours truly are likely to be familiar with his two suites from 1909 and 1911, or his Hammersmith: Prelude and Scherzo from 1930. For everybody else, it's The Planets.

Written between 1914 and 1916, The Planets was an immediate hit and made the previously unknown Holst something of a celebrity. This was not, as it turned out, a welcome development for the rather shy and retiring composer. Indeed, like many composers who became known for a single work, Holst eventually came to actively dislike his Greatest Hit. "Holst never wrote another piece like The Planets again," writes Kenric Taylor at gustavholst.info. "He hated its popularity. When people would ask for his autograph, he gave them a typed sheet of paper that stated that he didn't give out autographs."

If you've never heard The Planets before, you're in for a treat. I remember my delight the first time I heard this wonderfully cinematic seven-movement suite performed by the Vienna Philharmonic under Herbert von Karajan on a 1961 London Records disc. Back then my stereo wasn't much to brag about and the recording itself was a bit murky, but even so, from the first aggressive measures of "Mars, the Bringer of War"--an alarmingly mechanistic march in 5/4 time--I was hooked.

Inspired by the mythological and astrological aspects of the planets, the seven movements turn the heavenly bodies into characters and provide musical portraits of each one. "Mars" is all futile violence and dissonant brass. "Venus, the Bringer of Peace" floats in on a gentle horn solo, wafted along by flutes and strings. "Mercury, the Winged Messenger" zips along its triplets tossed around by the harp, strings, woodwinds, and celesta. And so it goes. Pluto hadn't been discovered yet and earth, of course, doesn't count in astrology, hence the seven movements instead of nine.

Holst actually got two hits out of The Planets, as it happens. The big, noble second theme from "Jupiter, the Bringer of Jollity" proved to be so popular that Holst later used it as a setting for Cecil Spring-Rice's poem "I Vow to Thee My Country." That version of the tune became a kind of second national anthem in England, along the lines of "America the Beautiful" over here.

Opening the concert will be a pair of works that are likely to be much less familiar: Ralph Vaughan Williams's Flos campi (Flower of the Field) from 1925 and Alban Berg's Fünf Orchesterlieder nach Ansichtskarten-Texten von Peter Altenberg (Five Orchestral Songs to Picture-Postcard Texts by Peter Altenberg), Op. 4 (a.k.a the Altenberg Lieder), from 1912. Both have been performed by the SLSO only once--the former in 1975 under Leonard Slatkin and the latter in 1966 with Eleazar de Carvalho at the podium--and neither one has exactly been on the "Top 40" with orchestras elsewhere.

In the case of the Vaughan Williams, it's partly a matter of the forces involved. In addition to the orchestra, Flos campi is scored for solo viola and mixed chorus--an unusual enough pairing to make programming it problematic.

And the piece itself is a bit of an oddity in the composer's output. Cast in six movements and played without pause, it's a series of reflections on texts from one of the most openly sensual bits of the Bible, the Song of Solomon. By turns lyrical, sensuous, pastoral, and even cinematic, it's quirky stuff. Composer Phillip Cooke has called it "one of the silliest, most baffling and (in some parts) most un-Vaughan Williams piece that RVW ever wrote; it is part pastoral elegy, part crazy pagan party." But he then goes on to confess, "I love it."

The score is dedicated to the noted English violist Lionel Tertis and was, in fact, first performed with Tertis as the soloist in 1925 with Sir Henry Wood at the podium. Like Tertis, Vaughan Williams dearly loved the rich, dark sound of the viola and loved writing for it. Discussing the origins of Flos campi, Vaughan Williams's wife Ursula noted that "The viola with its capability of warmth and its glowing quality was the instrument he knew best."

A different kind of darkness figures prominently in the Berg song cycle, which takes as its text the elliptical and eccentric poems of Peter Altenberg (real name: Richard Engländer). Engländer/Altenberg was an odd duck. "He is reputed to have spent most of his adult waking hours in coffeehouses," writes James Guida in a profile of the poet in The New Yorker, [http://www.newyorker.com/books/page-turner/a-flneur-for-all-seasons] "and the sleeping ones in a hotel that was little more than a brothel. As for writing, his chosen medium was a feuilleton-style prose poem of anywhere from a sentence to a few pages in length, and he did wonders with it." He sent some of those little poems to his friends on postcards, and it's five of those that Berg set to intense and cryptically passionate music.

Like all of Berg's music, the Altenberg Lieder cram a lot of information into a very small amount of time--ten to twelve minutes in most performances. "Each of the songs is symmetrically conceived," writes Alexander Carpenter at allmusic.com, "that is, each begins and ends with similar, if not identical, harmonic or motivic gestures. The songs make considerable use of canon, passacaglia, and variation form." It was all apparently too much for the Viennese audience at the work's 1913 premiere, who booed and hooted like the Paris audiences at the first performance of Stravinsky's The Rite of Spring that same year.

Alas, Berg lacked Stravinsky's massive ego and talent for self-promotion, so instead of turning the audience reaction to his advantage, he retreated from composing songs entirely, choosing instead to concentrate on his orchestral works and his celebrated operas Wozzeck and Lulu. He might have achieved even greater things, but when the Nazis came to power he was denounced as a composer of entartete music ("degenerate music") and then had the misfortune to die in 1935 at the age of fifty from an infected insect bite. Such is the impact of dumb luck on human affairs.