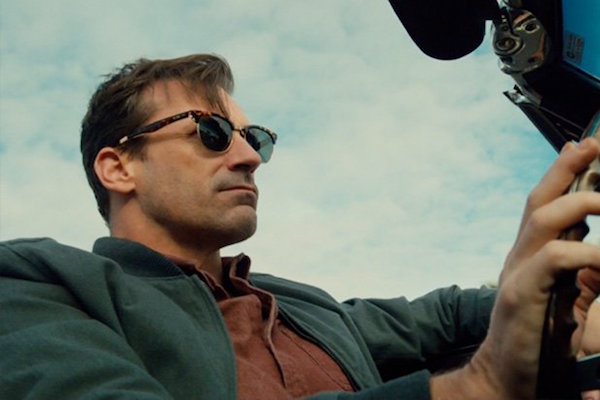 For all its sadness and despair, "Nostalgia" fits the nation's mood of hopelessness and grief. "Nostalgia" is a downer, like a lot of life itself. There is a lot of life -- its clutter, its deaths, its good riddance -- in the interlocking stories, told well by a sterling cast.

The stories begin with an insurance man (John Ortiz) admiring the rings of his waitress (played by Shinelle Azoroh, who was so good in the short film, "DeKalb Elementary"). She says they were her grandmother's. Thus begins the litany of provenances -- who owned what, who gave what to whom, who inherits what, who cleans out what old person's junk.

The insurance man proceeds to an old man's storehouse, and then to his daughter, grumpy at having to deal with Dad's mess. He goes from there to the remains of a fire and a character played elegantly by Ellen Burstyn. After a fire raged, she sits among the ashes, bemoaning having to decide what to save. She saved the baseball her dead husband valued. She takes it to a man who sells baseball collectibles. He counsels her but then needs counseling himself as he proceeds to clean out his parents' home with his sister. Jon Hamm is excellent as the brother; Catherine Keener as his sister. Then fate steps in with more crushing news.

Mark Pellington, the director, who also directed "Arlington Road," co-wrote "Nostalgia" with Alex Ross Perry.  Perry wrote a series of monologues inserted into bits of dialogue about loss, sibling love, maternal loss, and filial piety. Pellington insinuated love letters, found in an attic; an empty pool filled only with crunchy leaves and a rusty key; and a geode-filled tackle box -- the detritus of lives lived. What to keep? What to toss?

"Nostalgia" raises questions about old snapshots versus electronic data, but mostly, the film reminds families that no one is exempt from change, be it ever so sad. It is a truthful, heart-breaking movie that never veers far from the reality of life's tragic demands.