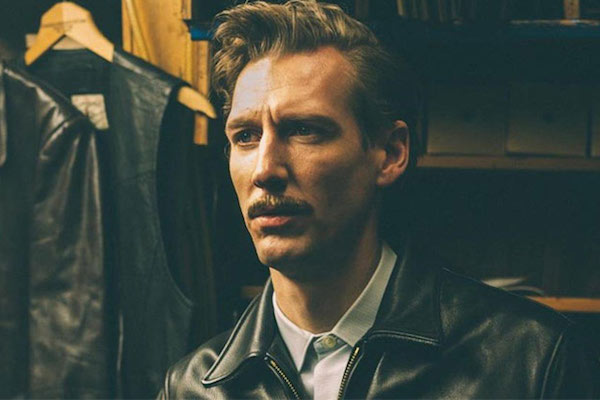 'Tom of Finland' explores an artist of the demimonde

Unless you are familiar with the homoerotica of the gay world after World War II, the work of Touko Valio Laaksonen may be foreign to you. Under the pseudonym of Tom of Finland, Laaksonen described a culture of leather, backless chaps, engorged chests, and knee-high boots, Nazi-esque chic.

Laaksonen influenced the art of gay culture, but not without breaking a few laws on both sides of the Atlantic, in his repressive homeland and in the USA. He was decorated as an officer in World War II before finding work as an ad man at the company where his sister drew, too. But, on the side, he drew fully naked or half-clothed men, rampant and randy and all be-leathered or in full frontal and backal nudity.

With memories of homosexual encounters, both pleasurable and brutally policed, Laaksonen fell in love with a man named Veli, a man his sister had hoped to score. He continued to live his secret until invited to America by fans, who greeted him with open arms.

As Laaksonen, Pekka Strang assumes a look of wonder when he gazes upon the all-boy party at his host's house in California. As Laaksonen, Strang stabs a Ruskie with intensity opposite the knowing strokes with which he wields a pencil. Strang leads this biopic, directed by Dome Karukoski. The lighting throughout plays with the red of neon through a curtain and the black of night as well as sun-spotting the face of the artist. Time through the 20th century moves subtlety as Tom's hair grays and his glasses frames alter with fashion. He plays well with flashbacks and symbols.

"Tom of Finland," a fantastic film in more ways than one, peers into another world with honesty and ferocity as well as admiration. It will have its local premiere on March 7 at the Tivoli Theater to kick off the 2018 QFest, which will run April 4 through 8.