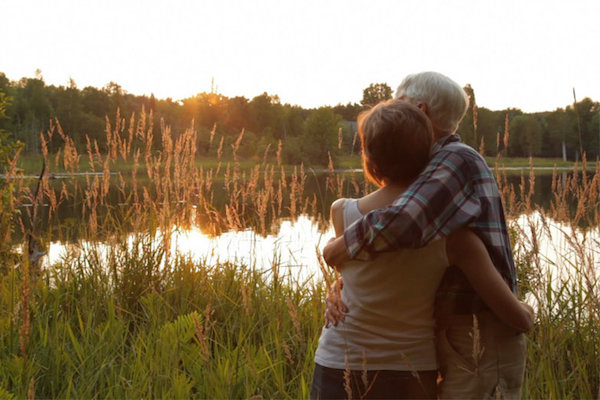 'From This Day Forward' profiles a transgender father

Director Sharon Shattuck's documentary From This Day Forward offers an intimate, thoughtful reflection on her father's transgender identity. The catalyst for Shattuck's very personal exploration is the anticipation of her marriage. She remembers years ago her father as Michael, now Trisha, driving her to middle school saying he/Michael hoped Sharon would let him wear a dress to her wedding.

Commenting in voiceover narration, Sharon says she realizes there's a lot of their past still unresolved and, admirably, sets out to explore her family: her mother Marcia who stayed with Trisha, her younger sister Laura, and her father. Chronologically, through home movies and contemporary interviews, the gender profile emerges of Michael at first cross dressing and subsequently shifting to identity as Trisha. They all are honest and insightful about their confusion, pain, resentment, and acceptance. It's a remarkable exploration of one transgender identity, with Trisha a fine spokesperson.

Trained as a landscape architect, she paints to express her emotions, loading her striking paintings with strong metaphorical content that she explains. She also describes the two lives she led, the psychological bind she felt and suicidal inclinations. She acknowledges, as she says, "the hell I put them through," and Sharon notes that kids of LGBT parents can also feel as much in the closet as adults since they wanted to blend in as they searched for their own identities. Most complex in this whole story is Marcia, with Michael/Trisha for 35 years. Divorce was contemplated but she couldn't see herself without Trisha. It's a very moving scene.

Everyone is not accepting. Several neighbors and friends plus one employer comment that once Shattucks moved to a small town in Michigan when Sharon was in fourth grade, everyone knew. Some people were disgusted, they lost friends, and Trisha had a lot of decisions to make, which she explains in the many casual conversations that define this warm, engaging film. The topic couldn't be more relevant: the documentary describes Trisha's and her family's experiences but it opens the door to further productive discussions.

From This Day Forward screens in Webster University's Film Series at Winifred Moore auditorium Friday, June 17 through Sunday, June 19, at 8:00 p.m. each evening.