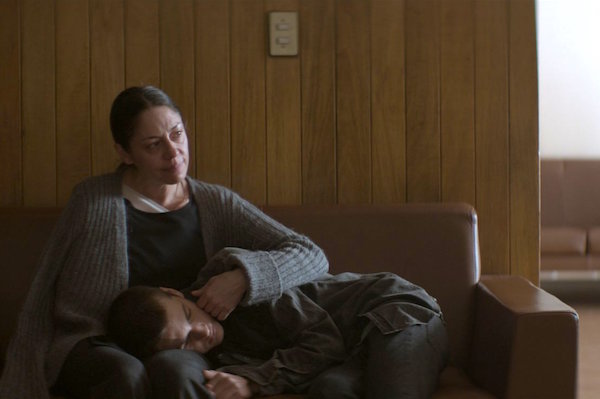 'A Monster with a Thousand Heads' indicts bureaucratic inhumanity

Anyone who's had a frustrating encounter with bureaucracy--and I bet that's everyone--will identify in some way with Sonia in the film A Monster with a Thousand Heads. Her husband has reached the terminal stage of his cancer, but his doctor, at the insurance company's insistence, denies the treatment desperately needed to make his last days comfortable.

Sonia decides to take action; in fact, to do whatever it takes to secure proper health care. Set in Mexico City, with her teenage son Dario with her, Sonia first tracks down the apathetic doctors, then the insurance company CEO and more--plot details I won't divulge. The organization of the story is striking, with flashbacks from a trial and multiple points of view, visually suggested with reflections and mirrors in several scenes. As the saying goes, everyone has his or her reasons, and this film is not heavy handed though it clearly shows that a life is at stake.

As such, Laura Santullo's screenplay from her own novel critiques the callous decision-making of all who accept such a heartless arrangement. These include the doctors, the insurance company CEO and his staff, the partners in the company who profit, and the legal system that enables this mercenary, inhumane situation. As Santullo explains in press notes, "By telling the story from multiple viewpoints, we were aiming to add layers of complexity to the central conflict. We felt that if we approached it solely through the eyes of the protagonist, the film would merely be stating an opinion and we would be closing the door on the possibility of an ethical conflict."

The inclusion of Sonia's son Dario adds to this multilayered complexity as does the camerawork which occasionally shows scenes from the distorted perspective of one character or puts us, the viewers, on the outside looking in voyeuristically. This is essential to keeping a sense of ironic humor about this serious subject as well as a strong visual style. The soundtrack contributes further to this with the inclusion of off-screen voices and questions from a future trial with contradictions in subjective perspective.

The acting by Jana Raluy as Sonia is the gemstone of the film. All the supporting actors contribute to the believability of the situation, but she, more than all the rest, admirably carries the emotional weight. Director Rodrigo Plá's A Monster with a Thousand Heads is a strong indictment of bureaucratic indifference. In Spanish with English subtitles. At Landmark's Tivoli Theatre.