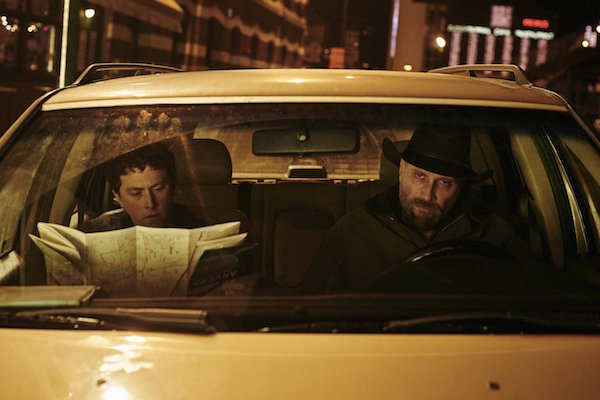 French writer Thomas Bidegain has shown an interest in individuals outside society's mainstream in A Prophet, Rust and Bone, and Dheepan. In Les Cowboys, his directing debut, also written by him, Bidegain presents an equally atypical story: a father's frantic search for his 16-year-old daughter Kelly, who disappears along with her 18-year-old Muslim boyfriend Ahmed.

Beginning in 1994, Kelly is last seen at a rural French fair with an American cowboy theme, a nod to John Ford's iconic film The Searchers which provided Bidegain inspiration for pursuing cultural conflicts embedded here. As in that film, the plot also draws on an archetypal motif of confronting oneself while pursing another. Over years, as father Alain and later brother Georges travel to diverse locations, their pursuit leads from France to Belgium, Yemen and Pakistan. The European Muslim intersections along with the title Les Cowboys and frequent, early use of Patti Page's song "Tennessee Waltz" invite serious reflection on cultural beliefs and the consequences of alienation.

In that regard, the Islamic content allows for a wealth of contemporary allusions, with brief reminders of tragic terrorist attacks in New York, Madrid and North London. This multilayered, global mix presents a challenge for the film to navigate clearly and coherently, especially with the opening country fair followed later by shots of line dancers' feet and legs in cowboy boots and attire, plus a bow and arrow tutorial. No spoilers here, but unexpected and not always convincing twists and turns in this complicated quest soon involve human trafficking and financial exploitation, against a backdrop of enduring love.

It's a lot to process, though never dull. Some of the credit goes to Arnaud Potier's cinematography that beautifully frames sweeping landscapes and snow-capped mountains as effectively as cramped quarters. Quality acting contributes as well, with John C. Reilly an American presence in a small role. Les Cowboys asks tough questions. In English and in French with English subtitles at Landmark's Plaza Frontenac Cinema.