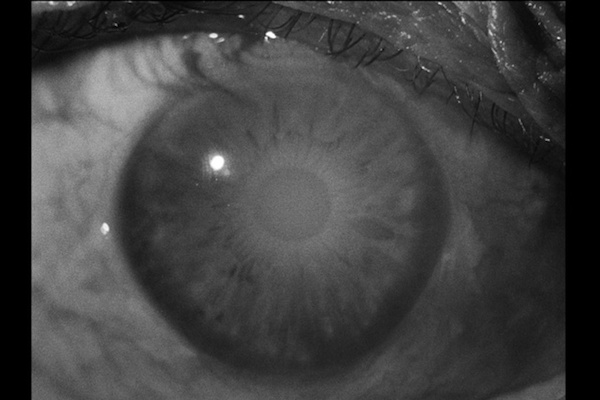 Writer/director Ross Lipman calls his documentary titled NOTFILM "a Kino-essay," from the Russian word for cinema, a cinema essay. It's an apt label. As he traces from preproduction through production of Samuel Beckett's only film venture, Lipman inserts a wealth of examples following associative connections sometimes as elusive as Beckett's concept for his 1964 project simply titled FILM.

Experimental and abstract, the film has a central character fleeing an all-seeing eye. Themes involve a pursuit of identity, doppelgängers, and the shock of self-recognition. The only spoken line is, "Shhh!" Running two hours and 10 minutes, NOTFILM offers an intriguing exploration of Beckett's wrestling with the cinematic medium. Most famous for Waiting for Godot, Beckett insisted on visualizing his ideas despite admitting to fighting his own impulse to flee the camera because of his lack of technical expertise.

Famous individuals worked on the project, as much as Beckett allowed. In voiceover narration, Lipman provides background information and illustrates with helpful excerpts the talent involved. Cinematographer Boris Kaufman, who won the 1954 Academy Award for On the Waterfront, shot the film. Alan Schneider directed it (his first directorial effort), Barney Rosset produced it, and Sidney Meyers edited it. Buster Keaton starred, though Beckett insisted on shooting his back, that famous face obscured from view. Keaton took the job because he needed the work and the money, but said, upon the film's release, that he was confused during the shooting of the film and "am still confused."

Beckett's 22 minute FILM that NOTFILM carefully details will screen at 8:00 p.m. Friday, July 29 through Tuesday, August 2 along with Keaton's feature The Cameraman. The documentary NOTFILM screens at Webster University's Winifred Moore auditorium Friday, July 22 through Tuesday, July 26 at 8:00 each evening. For more information, call 314-968-7487 or visit the Film Series' website.