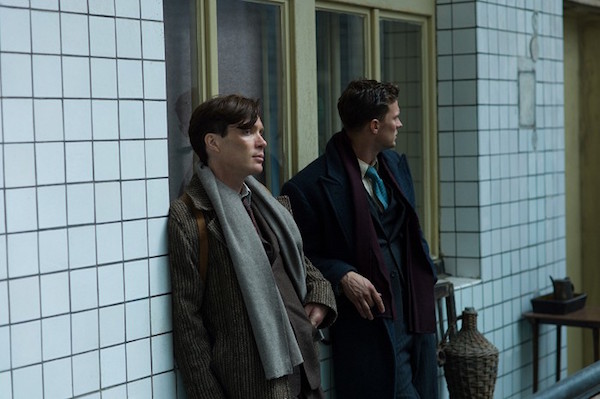 People who title films should think just a little harder before etching them in concrete. To wit: Anthropoid sounds like a work of science fiction. It is not. The title comes from Operation Anthropoid, the name of a Resistance movement in 1942 to assassinate a Nazi in Czechoslovakia.

This Nazi is not a run-of-the-mill schlub. He is SS General Reinhard Heydrich, the main architect behind the Final Solution. Heydrich stood behind Hitler and Himmler in order of command. He led the Nazi forces in Czechoslovakia, and he came to be known, for good reason, as the "Butcher of Prague." His murderous methods led two men, a Czech and a Slovak, to emerge from self-exile to join a plan by the Resistance to assassinate Heydrich.

The film begins and ends with quite a history lesson for viewers who have forgotten or never knew this aspect of world history. The narrative before the action lines up over black and white photographs, but, soon, the pictures have turned to color, so that the blood from a foot wound shows red as it flows.

Anthropoid, under the direction of Sean Ellis depends on terribly close-up shots, the kind that create claustrophobia but make the view feel inside small quarters and whispered instructions. Ellis also offers murky scenes of haze, smoke, and fog with sfumato effects.

The effects are not enough to make Anthropoid a great war movie, or a great filler of historical gaps. Of the cast, Cillian Murphy, the Irish actor from Inception; Jamie Dornan, also Irish, from Fifty Shades of Grey; and Toby Jones, the English actor from "The Hunger Games," have recognizable faces and mumbly voices.

Anthropoid does not re-write history. All does not end well. That's the best aspect of this tolerable film.