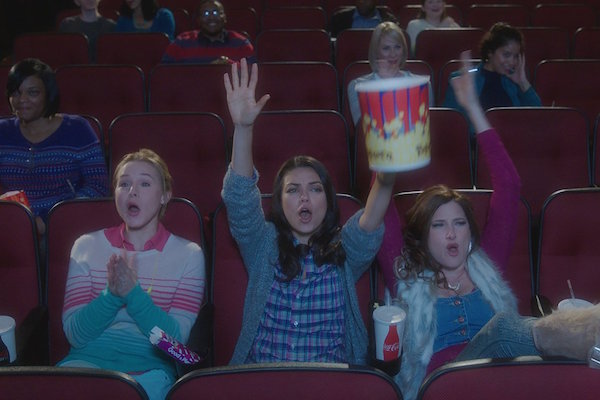 'Bad Moms' isn't bad; neither are the moms

Jon Lucas and Scott Moore wrote and directed the Hangover franchise -- all three of those films about irresponsible, doofus Peter Pans, refusing to grow up. Now, they've written and directed Bad Moms, the Omega to Hangover's Alpha, but the moms here are not so much bad as human, ordinary, and exhausted.

The three main moms are Amy, Carla, and Kiki. Amy tries to be perfect: kale in the sandwiches, hot breakfast on the table, attendance at each kid's game. But she also works part-time, which mans full-time, and her husband's a selfish lout, and the children are ungrateful. She's late everywhere she goes. Kiki has four little children; she's frazzled, and her husband's a chauvinist. Carla's a single mother with a fiercesomeness that pushes people away. These three find each other at a bar, but they have their greatest concert at a supermarket, where they dance and guzzle, and toss goodies into their open maws.

Standing against these three ordinary women are three others, mean girls in arrested development with the power that comes with offices in the PTA.

Like most films of this genre, no matter the genders, "Bad Moms" has its funny, funny highlights and then long stretches of blah-de-blah-ness, but when it works, it works good. Like in the grocery store, or in the moms' fantasies of having a quiet breakfast alone, or when the women stand up for themselves. Or when scenes pile rapidly atop one another to show cinematically how frenetic the moms' lives are.

Mila Kunis and Kristen Bell are dandy dames, but, as always, Kathryn Hahn, as Carla, stands out. Christina Applegate and Annie Mumolo are good antagonists with the sharply silent Jada Pinkett Smith.

The best part of Bad Moms, though, comes with the credits. Don't leave early. Just enjoy.