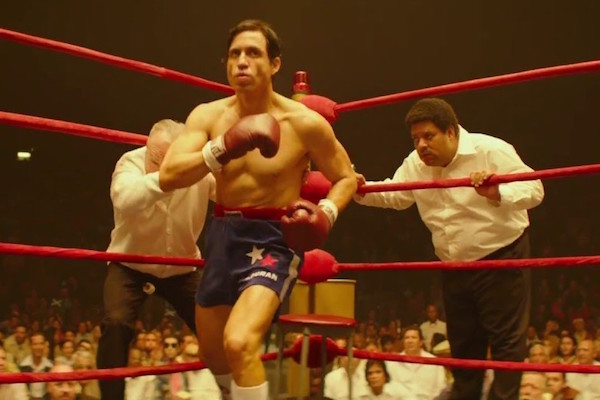 'Hands of Stone' turns to mush

The story of legendary Panamanian boxer Roberto Durán and his Boxing Hall of Fame trainer Ray Arcel is a complex, fascinating one. That makes it more disappointing that in Hands of Stone Venezuelan writer/director Jonathan Jakubowicz muddies their story, hurrying from one unnecessary, underdeveloped scene to another.

In so doing, he loses focus on the real drama playing out between Durán and Arcel as Durán rises to glory and falls from grace, most infamously in his bouts and interaction with Sugar Ray Leonard. We're immersed in the boxing world in the first scene: 1971, Durán vs. Muertas at Madison Square Garden. The chronicle of Durán's and Arcel's lives will include flashbacks before proceeding to 1983 with Arcel's intermittent voiceover narration, a loose thread picked up and dropped at will.

Arcel trains and, most importantly, advises Durán on the psychological principles of boxing. It is these emotional connections, more than the physical training, that rattle Durán and captivate us. This psychological relationship, so critical to many successful boxers, is what should have been the film's focus. Instead, clichéd scenes distract from the coherence and nucleus of the story without adding or developing important points. These include the love making scene between Sugar Ray and his wife, the orgy aftermath with Durán, the insertion of Arcel's daughter late in the story, the appearance of Durán's father, the relationship with Durán's loopy childhood friend, and as usual, almost every scene with the wives who remain undeveloped characters. These scenes' inclusion interrupts the flow, squandering the momentum achieved in the training and boxing passages. In addition, Durán's promoter merited more attention.

It is refreshing that the political and ethnic elements are acknowledged: Arcel's Jewish heritage, the Carter and Reagan actions regarding U.S. occupation of and treaties with Panama, and the use of appropriate Spanish dialogue. In addition, the actors contribute superb performances, especially Robert De Niro as Arcel and Édgar Ramirez as Durán. Equally good is the always reliable Rubén Blades, Usher as Sugar Ray, and John Turturro in a wasted role. The cinematography and editing lend a documentary feel, especially in the bouts, though in domestic interaction some overhead shots signal a director's intrusion. Hands of Stone is showing at area cinemas.