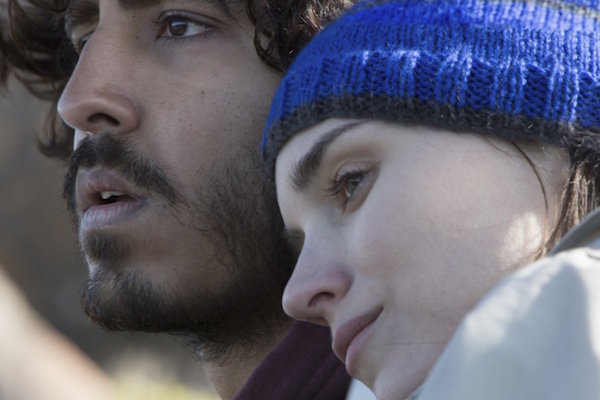 'Lion' relates an incredible story with understatement and restraint

Director Garth Davis' film Lion sits squarely in the category of real-life stories that are more astonishing than any fiction. Here, briefly, is what really happened. In 1986 in rural, central India, older brother Guddu and five-year-old Saroo steal coal from trains and rummage for whatever else they can to help feed their impoverished family.

One night Saroo falls asleep on a train and ends up in Kolkata, a thousand miles from his home. Since he speaks Bengali, he doesn't understand and can't communicate in the locals' Hindi. Saroo's fortunes change when he is adopted by Sue and John Brierley who live in Hobart, Tasmania. There Saroo grows to adulthood with his mentally-challenged brother Mantosh, also adopted. Twenty-five years later, Saroo decides he must attempt to find his original family, though he doesn't have a clue to even the name of his home town.

With a deft, delicate touch Luke Davies has adapted Saroo Brierley's own account of his life's journey, "A Long Way Home." It would have been tempting to surrender to the sentimental aspects of this touching story, but Davies and director Davis choose a wiser course: a straightforward, restrained recounting, almost documentary in style. As Saroo negotiates with clever street savvy the dangers in Kolkata, no histrionic, sensationalized appeals are warranted or present.

This extends to the undemonstrative performances by newcomer Sunny Pawar as Saroo the child and Dev Patel as the adult Saroo. Patel, who made a strong statement in Slumdog Millionaire, shows his chameleon-like range here and that he's grown into diverse, adult roles. Though they don't get much screen time, Nicole Kidman and David Wenham do a good job as Saroo's parents with Rooney Mara as Saroo's girlfriend.

Shot by cinematographer Greig Fraser in Kolkata, India; Hobart, Tasmania; and Melbourne, Australia, the locations add a tangible presence conveying the dislocation Saroo experiences; that is, the lighting and color palette in India differentiate it significantly from Tasmania's art direction.

Saroo's name means "lion," giving the film its title. In English as well as Bengali and Hindi with English subtitles. At Landmark's Plaza Frontenac and Tivoli Theatres.