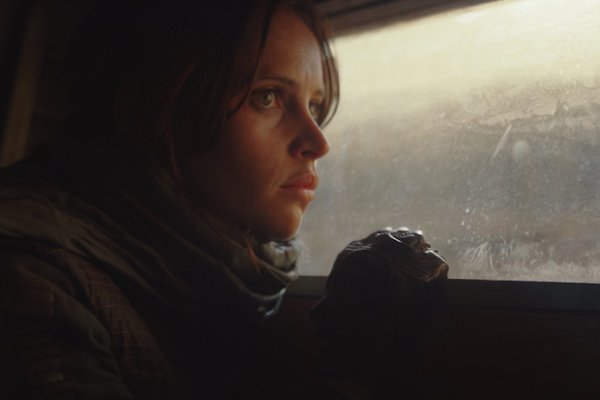 'Rogue One: A Star Wars Story' adds a thrilling chapter

While Rogue One: A Star Wars Story does not bring the excitement of the surprising, original 1977 Star Wars (almost 40 years ago!), it does offer many similar pleasures. Clearly defined good and evil forces face off in critical warfare as courageous warriors do battle with the dark side.

Traitorous turncoats and enemies may lurk among those who remain intent on furthering peace and cooperation, those who will never compromise their fight for freedom. To that end, Rogue One finds Jyn Erso in a galaxy, yes, far, far away, first as a girl and then as an adult ready to undertake her mission, that is, to render inoperable the Death Star weapon that could destroy planets. Of course, there are the obligatory storm troopers, a rebel alliance, an imperial labor camp, a stop at a trading outpost, an impenetrable planet shield and battles, lots of battles and explosions with whooshing ships in combat, supporting rebels on the ground. In other words, it's what Star Wars fans expect and want.

Directed by Gareth Edwards and written by Chris Weitz and Tony Gilroy, Rogue One begins chronologically before Star Wars, but it stands alone for viewers who aren't the die-hard fans who have memorized every detail of previous chapters. To be sure, Rogue One is a well-crafted film that will reward those who want to see it again and again, as Lucasfilm hopes many will.

As Jyn Erso, Felicity Jones gives a solid performance through both the quieter emotional and the animated action scenes. As Jones has shown in other dramatic roles, she's a talented actress. Equal to any demands, Mads Mikkelsen is Jyn's father Galen. And contributing to the achievement are Forest Whitaker, Jimmy Smits, Ben Mendelsohn, Donnie Yen, and Riz Ahmed.

The sound and music often overwhelms, virtually mandatory, as are the humorous asides, most often provided by the droids. I like the addition of the blind monk, the usual parade of great names like Eadu, Scarif, and Wobani, and the invitation to surrender, one more time, to Jyn's mantra that "Rebellions are built on hope." So are successful franchises, on our willingness to play along one more time, like visiting a long-time friend with some nostalgia for better times while still enjoying this one. In either 2D or 3D at area cinemas.