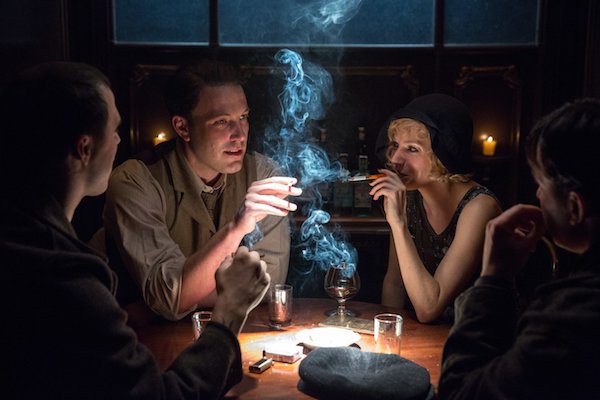 'Live by Night' speeds toward resolution

Sleep by Day and Live by Night. That's one of the mottos of one of the gang leaders in Ben Affleck's latest film. Unlike The Town, though, which he also directed, co-wrote, and starred in, Live by Night implodes, largely because Affleck gives a limp performance as an antagonistic protagonist.

Joe Coughlin fought in the Great War, and what that taught him was that being cannon fodder is not rewarding. So he went home to Boston, where his da is a big-time Irish copper, but Joseph went over to the other side. There were plenty of "other sides" available, each with an ethnic epitaph filled with ugliness. Joe is sleeping with the girlfriend of a mafia boss, so he's pretty much asking for what happens.

Joe declares that his work is distributing "demon rum," but Prohibition is the law of the land in the Twenties and Tommy guns are flaring like fireworks on a 24/7 July 4th. Joe ends up in Florida, where he takes over the rackets, falls in love with a Cuban, and takes his lumps.

Problem is that Affleck never gives Joe Coughlin the oomph he needs -- not in action or in voice-over. The supporting cast  has more moxie than the star in nearly every scene. The litany of secondaries runs for pages because Live by Night is filled with new faces every 10 minutes, and it includes Brendan Gleeson as Dad, Zoe Soldana, Elle Fanning as an evangelist, Chris Cooper, and Sienna Miller as a moll, and Chris Messina. Affleck based his script on a novel by Dennis Lehane, but characters are flat and stereotyped and undeveloped. Also, mostly dead or whispering.

Robert Richardson's cinematography produces smothering close-ups, flaring gunshots, and stunning aerial shots. Lovers of vintage cars will have a heyday. Those autos deliver more than Live by Night, which would make viewers sleep by night, too, except for the noise of gunshots and body-slams.