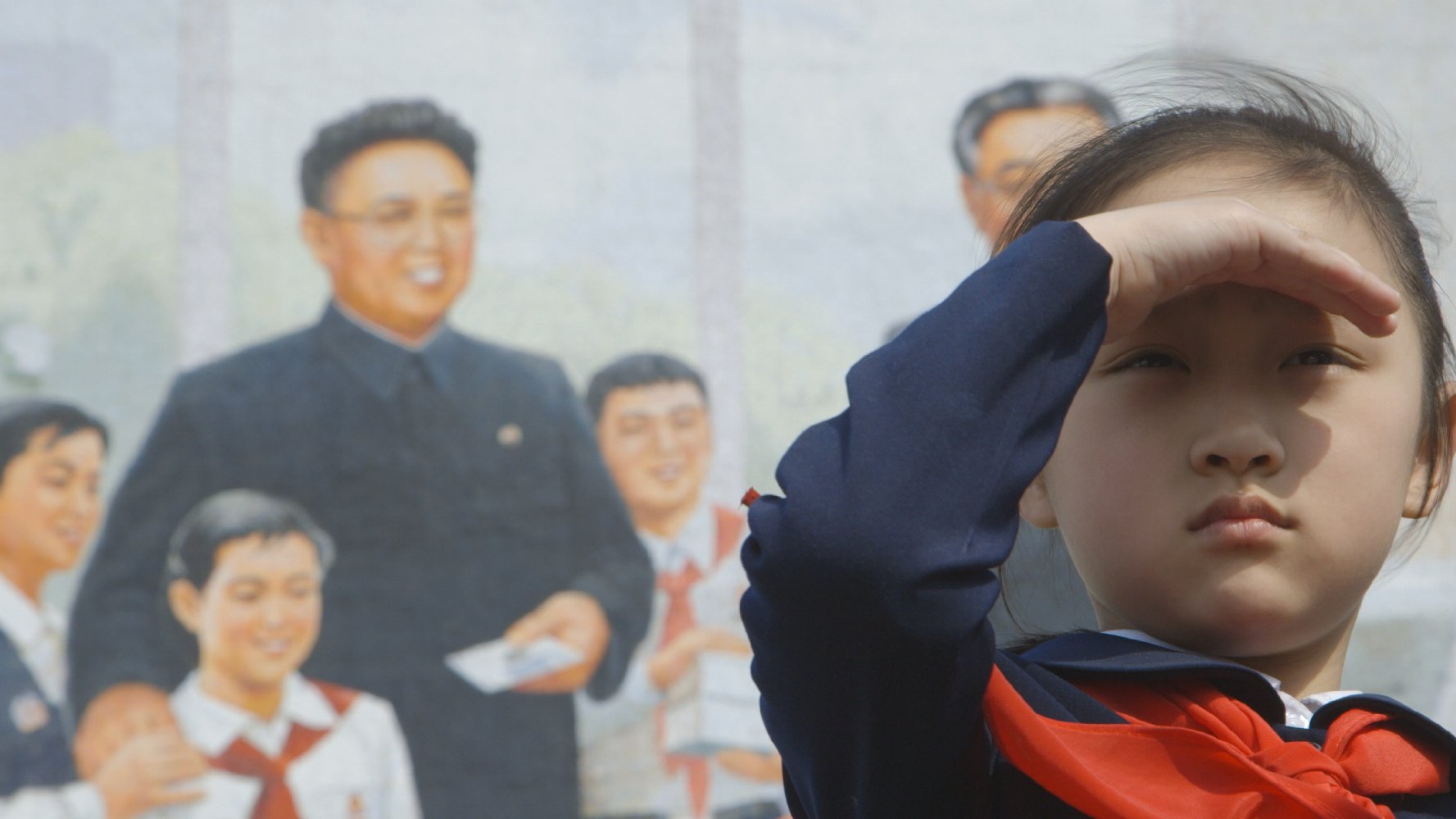 'Under the Sun' gives a rare glimpse into North Korea

Through his documentary Under the Sun, shot inside North Korea, Russian director Vitaly Mansky provides a fascinating comparison/contrast between the scripted story he agreed to shoot and the candid footage captured, his cameras running after official filming ended. Borrowing his title from North Korea's designation as "Land of the Rising Sun," Mansky offers a rare, first-person experience.

Ceding total script control to the North Korean officials, writer/director Mansky follows a family living in Pyongyang. Over the course of a yea, eight-year-old Zin-mi Lee prepares for induction into the prestigious Children's Union, an event celebrated yearly on "Day of the Shining Star," Kim Jong-il's birthday. Zin-mi goes to classes, eats a traditional meal of Kim-chi with her parents, practices dance, and visits a classmate in a hospital. The scenes are rehearsed with the Korean minder always supervising, encouraging enthusiasm and smiles among the participants, including workers at the mother's exemplary soy milk factory and the father's equally successful garment factory.

School lessons exalt the past Great Generalissimo Kim Il-sung and the current Great Leader Kim Jong-Un who will "fulfill all our hopes and dreams." Their stories, pictures and statues are unconditionally revered while Americans are described as cowards and scoundrels, the Japanese as defeated, hated aggressors. By contrast, in scenes not staged, school girls with coats on in the classroom warm their hands over a heater near windows thick with frost. Zin-mi's parents walk her to the school bus. Later workers push a broken-down bus, and we learn that actually these young children live at school to study more, their parents and all workers reside at factory barracks so they can devote themselves to their "beloved jobs."

From a quiet, observational perspective, Mansky starkly and skillfully reveals the striking contrasts between the actual and the staged. In Korean with English subtitles. The Missouri premiere of Under the Sun takes place at Webster University's Winifred Moore auditorium Friday, January 27 through Sunday, January 29 at 7:30 each evening.