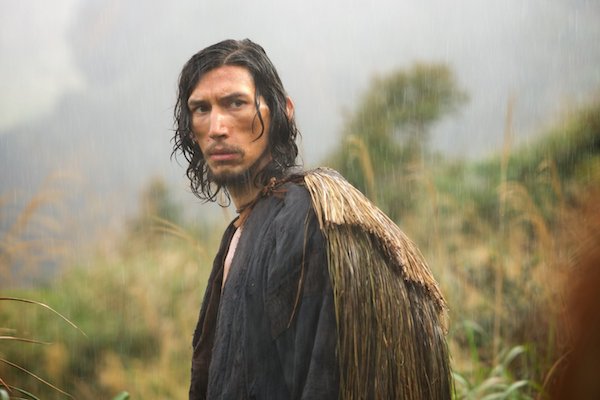 A film that runs two hours and 41 minutes can be criticized for being too long. When that film is about torture, it invites jokes about torture to the backside. Silence is that film. However, despite its length, Silence is a stunning, unforgettable, even timely film about the Martyrs of Japan, whose feast day is February 6.

Silence begins with torture: persecutors drizzle boiling hot water onto the baptized, exhorting them to renounce their religion. Here, the persecuted are Christians in Japan in the 17th century. In this time and in this place journey two Portuguese monks, Rodrigues and Garupe. They seek their mentor, a priest rumored to have renounced his religion, taken a wife, and become Buddhist. The fervent young monks cannot believe this; they would rather think the man dead than apostatized. So they follow Christ, their boon companion, into danger, bearing their crosses.

Martin Scorsese based his screenplay, co-written with Jay Cocks, on the novel by Shûsaku Endô. Silence is a story of perseverance and persecution, compromise and confession. It is not a story of Japanese history; in fact, Scorsese makes no attempt to place this particular aspect of religious persecution within political context. Rather, he concentrates on torture, as he did in The Last Temptation of Christ in 1988. Only near the end of Silence does he address the silence of God and of God's priests.

However, scenes in Silence, beyond the decapitations and grillings, grab the viewer, such as when three black-clad monks descend stairs, a scene shot peripherally. Rodrigo Prieto's cinematography is often stunning. The acting is serviceable, especially Andrew Garfield's as Rodrigues and Liam Neeson's as the mentor monk. The Asian cast deports itself most admirably. But, in the end, Silence is about torture, not God's persistent, if silent, presence or Jesus' way.