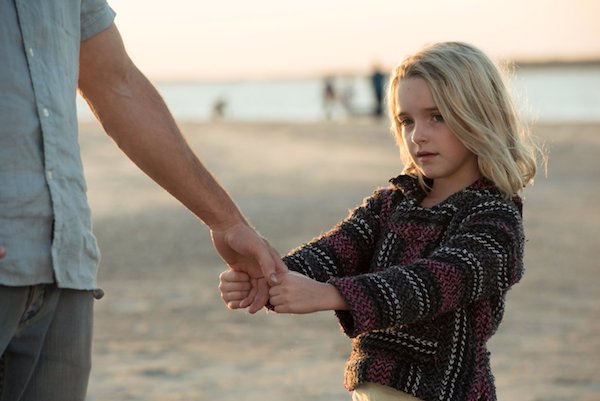 Gifted could have arisen from the sentimental slough of Hollywood films. That it does not, that it has moments of sterling silver among the nods to craven consumerism are testaments to the reins of its writer, Tom Flynn, and director, Marc Webb, who also directed 500 Days of Summer.

Gifted is not just the glory story of a child lifted out of the ordinary. It is, instead, a debate over providing a real childhood to a math genius, who, at 7, has a mouth on her as well as a brain. Mary Adler is the daughter and the granddaughter of math geniuses, who suffered for their intellect. Grandmother Evelyn gave up success when she married; mother Diane could not take the pressure from her mother, gave up study of a Millennial Problem known by Navier-Stokes and took her life.

She left her child to her brother Frank, who gave up his life as a philosophy professor to raise this child as normally as possible, including moving to Florida and accommodating palmetto bugs. The film opens as Mary moves from being home-schooled to being public-schooled. She is not one bit happy about that. She is less happy when her grandmother Evelyn re-enters the picture and sues for custody.

Much of Gifted takes place in a courtroom, off-shoot of the subplot concerning Mother v. Son. One scene with them highlights Flynn's good writing. Here's a hint: Evelyn's corporate second husband left her to ride horses in Montana, and Evelyn says, "He's the man who shot Liberty Mutual."

Chris Evans, his muscles barely shirted, models Frank, and the estimable Lindsay Duncan plays the British grandmother. Jenny Slate is the understanding first-grade teacher, and Octavia Spencer well plays the stereotyped wise black woman. Gifted depends on the skill of Mckenna Grace to perform as the little math genius with sass. She and the film succeed admirably.