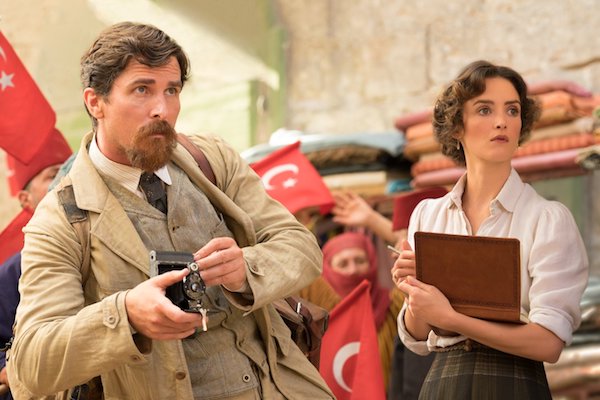 'The Promise' delivers on betrothal and betrayal

The Armenian genocide is said to have started on April 24, 1915, so the April opening of The Promise honors that historical event. The Turks still refuse to term the mass killing of Armenians anything but "one Armenian dead for every dead Turk." The Promise successfully presents Armenian history through romance.

The romantic couples comprise Ana, a sophisticated woman with Armenian roots; Chris Myers, an American journalist with the Associated Press, Michael Boghosian, a medical student, and his fiancée. The latter two live in a small Southern Turkey village, and Mikael, an apothecary like his father, uses her dowry to finance his study to be a doctor in Constantinople. He meets Ana and Chris. He tries to stay true to his betrothed, but he and Ana fall in love, even though she's involved with Chris.

These duplicitous love stories work, believe it or not, due to the finesse of the scriptwriters, Terry George and Robin Swicord. Thankfully, they do not cover up the political story. George also directed The Promise -- with the same brio that he brought to Hotel Rwanda and In the Name of the Father. Gabriel Yared's music swells in all the right places as cliched, symphonic accompaniment, and Javier Aguirresarobe's cinematography sweeps mountainous vistas widely and intimate kisses and battles closely.

Starring in The Promise are Charlotte Le Bon as Ana, Christian Bale as the truth-telling newspaperman; and Oscar Isaac as Mikael. Isaac is excellent, but he's becoming the Anthony Quinn of his day, cast in any ethnic role despite his own Spanish roots. James Cromwell cameos as ambassador Henry Morganthau. At the beginning, it's hard to wade through all the accents. In the end, it's hard to tolerate such ethnic hatred and continued blindness and belligerence.