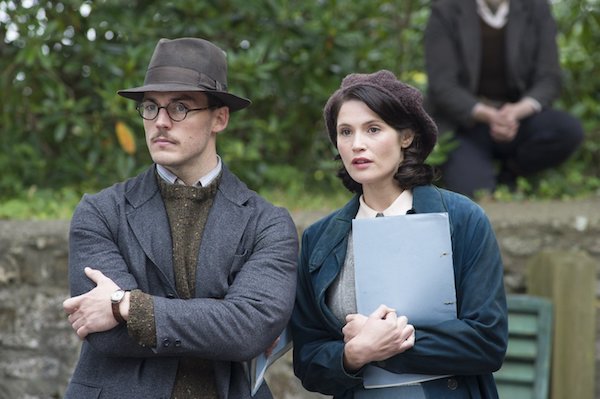 'Their Finest' nests films: one laudable, one laughable

Their Finest is a nicknamed title for this movie history. It whispers of Winston Churchill's history, entitled Their Finest Hour, and cuts into the title of Lissa Evans' novel on which Gaby Chiappe based, Their Finest Hour and a Half. That title suggests whimsy, but the movie exceeds persiflage.

The film tells of a Welshwoman in search of her role in life within a story of film propaganda. Catrin Cole started as a secretary before being thrust into the role of scriptwriter to produce the "slop," as women's dialogue is called. In 1940, as London is bombarded by the Nazis, the Ministry of Information must face that its films are being laughed at instead of applauded. So the Film Division sets out to design a good film of "authenticity informed by optimism." Soon, the film becomes an agent for pulling Americans into World War II as well. Catrin's live-in boyfriend is being a horse's patootie, and her apartment is bombed flat, and she is starting to fall for her boss.

Without good acting and credible writing, Their Finest would sink into nostalgia, a copy of a genuine film from the Brits in the Forties. Their Finest is an inside look at how the American audience was perceived as different from British viewers. In wartime, women and old men were given opportunities that peacetime did not afford either group.

Those old men include an old actor, played to a fare-thee-well by Bill Nighy,  and Richard E. Grant as the supervisor. Sam Claflin, from Me Before You, is little wooden as the scriptwriter, his mustache stuck to his face. Rachael Stirling, familiar from The Bletchley Circle, is the differently inclined show-runner, and handsome Jake Lacy is the plastic Norski-American.As Catrin, Gemma Atherton focuses the film. Director Lone Scherfig keeps the story true and zippy with extra ounces of reality. Their Finest is really fine.