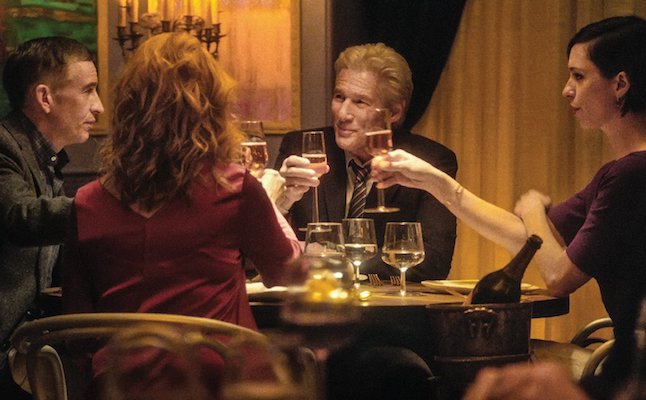 'The Dinner' invites family to table for a discussion

Oren Moverman, the brilliant director of The Messenger, displays his talents as writer and director in The Dinner. Some viewers might see the plot, written by Moverman and based on Herman Koch's novel, as far too complex. However, Moverman teases the complexities apart with striking effect.

The content of The Dinner concerns sibling rivalry, marriage, Gettysburg, cancer, politics, and history. Its form concerns lighting, music and terraced sound, and acting -- all stunning aspects of a worthy film. The plot centers on the title dinner, attended by two brothers and their spouses, with the silent presence of their three children, boys involved in a heinous crime.

Their fiery act does not center the film. Inter-relationships do. The brothers Lohman comprise Stan, a Congressman, running for governor and trying to pass a bill about mental health even as he dines; and Paul, a former history teacher, a mental case off his meds. Richard Gere's performance as the politician, the moral center, is admirable, but Steve Coogan, a comedian turned tragedian here, has never performed better, ever, not even in Philomena.

Matching their acting, chop for chop, are Laura Linney and Rebecca Hall the wives. Each actor must reach a climactic scene by creeping up on it, and she does so stunningly. The Dinner offers exemplary supporting actors, including Adepero Oduye as the politician's assistant, and Michael Chernus as the maitre'd, who narrates each course that divides the film like chapters, from aperitif  to digestif.

Moverman's attention to layered sound is also exemplary, and his lighting and attention to framing -- Stan stands in that memorial arch at Gettysburg -- armature and architecture are admirable as is the whole of The Dinner, a complex moral fable.