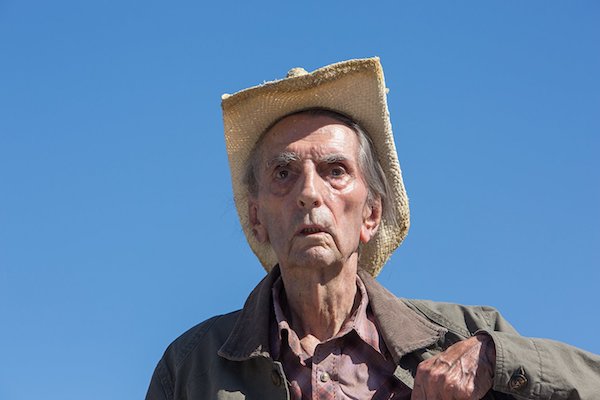 'Lucky': Barely a moving picture until it is

Watching paint dry involves more neurons at times than watching Lucky. Glaciers grow faster. And, then, just when it appears to defy the "moving" part of moving picture, Lucky perks up, like a corpse that twitches. That makes watching it worth it. Lucky is, after all, Harry Dean Stanton's last.

Stanton was never a leading man, and his starring as Lucky, the derelict bachelor in the desert, is only his second leading role in 60 years. He embraces the role of the philosopher, the cruciverbalist, the raconteur, the geezer. He's been called Lucky a long time. He is lucky -- not dead at 90 despite smoking cheap cigarettes. Even his doctor is impressed.

Stanton's decrepit looks are Lucky's. His lope is Lucky's. He spent his last days as Lucky. It was a good way to go.

Stanton is supported by a pretty amazing cast, from James Darren to Beth Grant, from Ron Livingstone to David Lynch, for god's sake, from Ed Begley Jr. to Tom Skerritt and Barry Shabaka Henley. Each person plays a compass point to Lucky's world.

Lucky was written by Logan Sparks and Drago Sumanja. Director John Carroll Lynch, who first starred in drag on The Drew Carey Show, moves the film like a tortoise, on purpose. It's slow, but when it has something to say, it's worth listening to the philosophy of Lucky, a 90-year-old gar in his underwear.