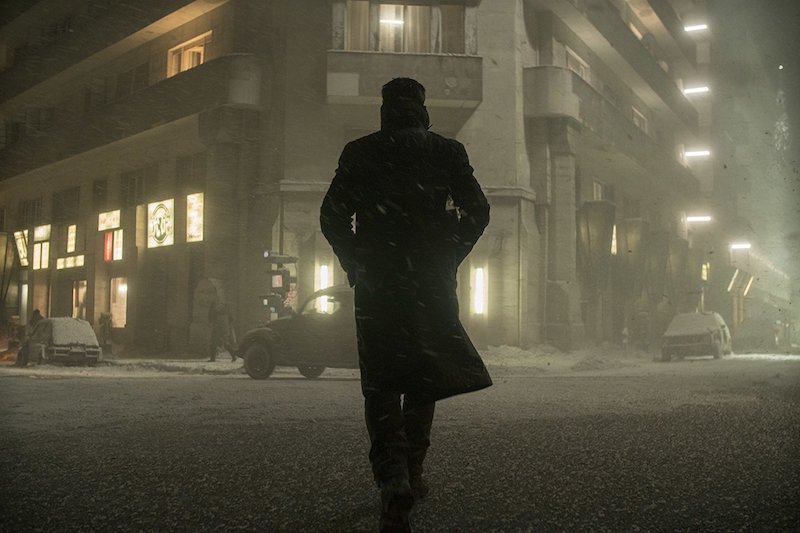 In director Denis Villeneuve's most-anticipated sequel to the glorious 1982 Blade Runner, Blade Runner 2049, the dystopian world holds sway as LAPD officer K continues to seek and destroy rogue replicants. I'm honoring Villeneuve's request to reveal no specific plot details. I will say that at two hours 43 minutes, the second hour quite slowly and yet deliberately advances its agenda.

This is a minor quibble, to be sure, given the provocative subjects explored and debated in significant encounters. In fact, Hampton Fancher and Michael Green's screenplay interrogates nothing less than what makes us human, the nature of a soul, the contributions of memory, and what enslavement truly costs civilization. There are also some gratifying nods to Blade Runner, my favorite the inclusion of Gaff (Edward James Olmos) and his origami.

Several actors in supporting roles give superb performances; among them, Dave Bautista, Robin Wright, and Ana de Armas. But it falls to Ryan Gosling as K to make the film work. His eyes tell the story, confrontationally communicating determination, surprise, shock, and, yes, pain, conveyed with the twitch of a facial muscle or the absence of a blink of an eye. His K is understated and yet eloquent. Harrison Ford bestows an indispensable gravitas with his extraordinary presence. Deckard is still a force to be reckoned with.

The remarkable art direction of Blade Runner 2049 extends from the music and sound to the costumes, the lighting and color scheme to the architecture of space. Benjamin Wallfisch and Hans Zimmer's music, at times a bit too amplified, emotionally power scenes, alternately ominous and nostalgic, the latter through projected holograms of iconic singers. Renée April's costumes (detailed in the New York Times' October 1 edition) express characters' identities--collars and hats protectively hiding faces, color asserting moods, or, as with Joi, her manifestation segueing through personalities.

Roger Deakins' cinematography reinforces the gray, denuded, sooty, futuristic environment while warm yellows, sparkling and shimmering like water, drape defiantly hopeful incidents. Every detail has been so carefully designed that it's too much to process on one viewing. That's fortuitous because science fiction and the alarming, anarchic worlds so often depicted therein will benefit from the contributions of Blade Runner 2049 through multiple screenings. At area cinemas.