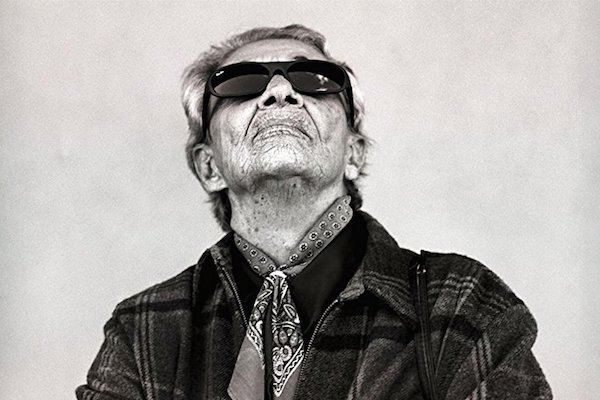 It is entirely possible that you've never heard of Chavela Vargas, but the excellent documentary, Chavela will introduce you to this remarkable woman. She sang, not like a bird but like the earth. She sang ranchera, literally "a farmer's song," but figuratively, songs of love and loss, lots of loss.

Chavela knew loss. She was born in 1919, but her parents did not love her. They hid their man-like daughter when company came. So she dreamed of leaving Costa Rica, the land of her birth. When she arrived in Mexico City, she found a welcoming place to sing, mostly in cabarets and bars. She became famous singing the songs of José Alfredo Jimenez. The two of them drank tequilas until Jimenez died of alcoholism.

Chavela's alcoholism drove her to poverty, more loneliness, and obscurity. When her lawyer and lover helped her to dry out, Chavela returned to singing to audiences swearing that she could not be on stage as the great Chavela had died, hadn't she?

Directors Catherine Fund and Daresha Kyi skillfully interwove newsreels and a long interview reel with interviews with the people in Chavela's world, including Jimenez's son. Frida Kahlo, her eyebrows a swallow and her breast bared, appears in old forties' home movies as a lover of Chavela's. The director Pedro Almodovar appears as the fan who applied Chavela's singing to the background of his early films and promoted her longed-for concert at the Olympia in Paris. She called him her husband.

Chavela tells the story of a strong, serious singer, a macha in a macho society. She sang not, as one interviewee declares, like a "little fountain." On stage, she draped her body in a serape, the same garment that cloaked her coffin in 2012.