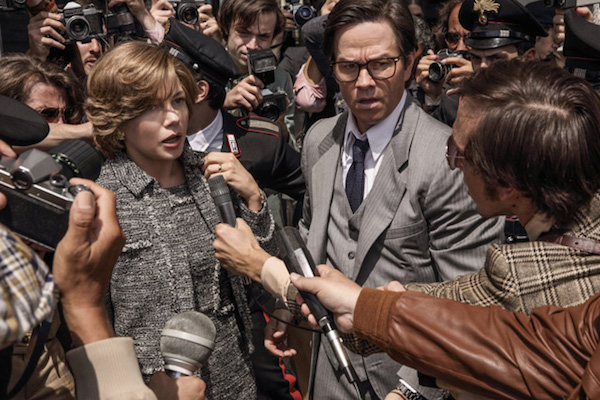 'All the Money in the World' succeeds fiercely

Director Ridley Scott has portrayed this cheapskate darkly in "All the Money in the World," based on John Pearson's book of the same title. Not only that but Scott pulled off re-shooting the film and still meeting his due date. When sexual assault allegations were made against actor Kevin Spacey, Scott re-shot the scenes of Getty with Christopher Plummer performing the role and doing a magnificent job of it.

Given that Plummer's grandson, Charlie, was already playing John Paul Getty III, the replacement Plummer makes good sense in the look-alike department. "All the Money in the World" concentrates on the kidnapping of this grandson, known as Paolo, a teenager whisked off the streets of Rome by masked men who demand $17 million in ransom. Getty refuses to pay. He does not count on the bulldog tactics of Abigail Getty, wife and then ex-wife of the second John Paul, lost to drugs and alcohol, and played well by Andrew Buchan. As Gail, Michelle Williams assumes a gravely voice with a tony accent and is utterly believable as the woman who puts her child above all the money in the world.

They are supported by Mark Wahlberg as Getty's negotiator. He asks Getty how much money it would take to make him feel secure. "More," says the miser.

"All the Money in the World" moves swiftly and ironically to tell a story of benighted values meeting headfirst against maternal loyalty.