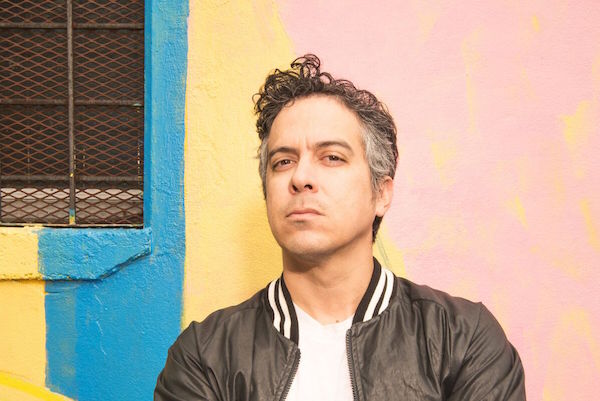 M. Ward to perform at the Duck Room on Saturday, June 11

M. Ward is considered by some to be one of the icons of the Portland music scene. As one-half of She & Him (alongside actress Zooey Deschanel) -- along with his side work in Monsters of Folk with Conor Oberst and Jim James -- he is known for a diverse catalog of inspired folk and indie pop songs that breathe new life into the genre. And now he's back on the touring schedule, performing this Saturday night, June 11, at The Duck Room with opener Big Thief. Ward's latest album, More Rain, is his best since A Wasteland Companion and takes the listener on a musical trek across his vast landscape of influences. We caught up with Ward, who chatted about his various approaches to songwriting, growing old with Louis Armstrong and finally playing on the same stage as Chuck Berry.

KK: Loving the new album -- where did the title come from?

MW: The title has a few different meanings but one of them I've been talking about lately is a bit of an inside joke for people who tend to think my music is really depressing.

KK: And you disagree with that?

MW: I've never really found my music to be depressing. I think that this album has a pretty good balance of shadows and light. And for me, if songs lean one way too much, on one side or the other, they don't normally have any effect on me. If the song is completely devoid of hope and light then it can be too dark and too depressing, but on the flip side if the song is too bright and doesn't recognize the full range of emotions that everyone has then it can come off as pathetic or false. The trick is to find that balance no matter what you're doing, whether you're writing songs or books or making movies or writing articles for a newspaper.

KK: Let's talk about that range for a second. I tend to think of you as a jazz guy who masquerades as a singer-songwriter.

MW: I take that as a compliment. I have difficulty having perspective on the music that I make, to be honest. I'm inspired by a lot of different things and I'm very happy to do them. To put it in a context that works for them, I'm completely open to what anyone has to say about the music that I make. And I'd probably agree with some of it.

KK: Why do you think you have trouble having perspective on your own music?

MW: I'm so inside of it. I can't listen to it objectively. The records that I have in my collection -- jazz, punk, R&B, soul, rock 'n' roll or pop music -- they all sort of blend into this one river of music. As simplistic as that sounds, I'm only listening to music that I think is either good or interesting -- a lot of it goes by the wayside but I get my inspiration from this enormous catalog of music that's always changing and it just never ends

KK: Listening to you records, you definitely get a sense of catalog. On the new record, you can hear country, folk, rock, pop influences -- there's a song with a Spanish-style trumpet solo that just comes out of nowhere.

MW: The song "Confession" has a heroic trumpet solo at the end. Trumpet to me will always be connected to Louis Armstrong. I grew up with his music because that was around the house when I was a kid, so his influence on my has never faltered. I still listen to him often. I discovered him when I was in elementary school and he has one of those catalogs that you can grow old with and I will probably be listening to him when I'm an old guy and can barely hear.

KK: You do a lot of collaborations with other musicians. How does that alter your creative process?

MW: I've learned that the people who are in my line of work get most of their inspiration working with the equipment in the studio. New guitars and mics, things like that. I get most of my inspiration from playing with other people and I'm not really that interested in the latest gear or how vintage your piano is. It's just the way that I learned a long time ago -- the way to have pleasant surprises on your album is to invite other people to your studio and see what happens.

KK: Do you prefer collaborating with others or writing by yourself?

KK: Last time I saw you perform, you played Loufest with She & Him. Is there any anticipation to coming back to our part of the world?

MW: I'm really excited. I met a guy there at LouFest who knew I was a huge Chuck Berry fan and he took me just to go see his venue and it was really inspiring. So this is the first time really playing a show in St. Louis and to be able to do that at Chuck Berry's venue is too good to be true. He's possibly the most influential guitarist of mine.

KK: More than someone like Django Reinhardt, for example?

MW: I listen to chuck more than Django but it's hard to compare those guys, they're both geniuses. Chuck's music will never grow old. I'll be listening to him when I can't walk.

MW: Yeah. It's gonna be OK getting old because I have all these great songs to grow old with.