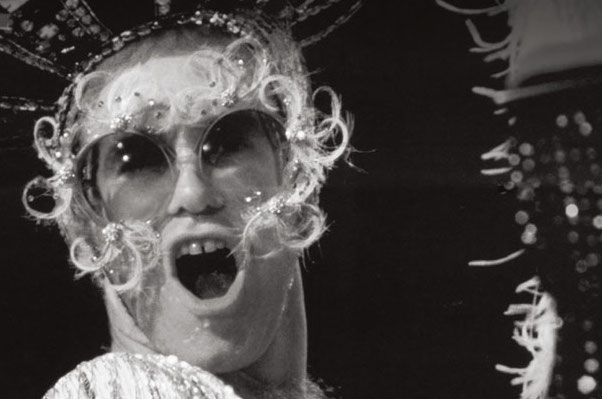 KDHX listeners have a parochial stake in the revulsion noted by that eternally youthful rock critic, Lester Bangs, in his review of a 1971 performance by A&M recording artists, The Carpenters: “Something about the band and audience both at this just gave me the creeps. Mom and Dad come and learn to Dig the Kids’ Music.” Bangs’ shrill “something,” which might be the uncanniness of commercialism, seems to stand his hair on end. Those revulsed at predigested helpings of commercial music may have a hard time liking Eric Weisbard’s book on radio formats, Top 40 Democracy: The Rival Mainstreams of American Culture (University of Chicago Press, 2014), and not just for its message. A scrupulously narrative presenter of research, Weisbard does not much weigh the importance of the loads and loads of reading he’s done. Just so, the book’s readers will mostly be scholars. That said, by turning his scholarship toward narrative, Weisbard makes an argument free-form radio listeners will find important, even if they are likely to be put off by the idea that there’s anything democratic about parents turning around and persuading “the Kids” to dig what’s on the pop charts.

To begin with the academicism Top 40 Democracy revises: the “rockist” assumption, represented by Bangs, holds that mainstream radio, because it homogenizes taste, is “undemocratic.” Nonsense, says Weisbard, no more so than a parent homogenizes their child’s tastes. Rockists may hold onto the idea of an “outside” to mainstream radio formatting, but for Weisbard, the marketing concept of an “alternative” or “independent” radio station overlooks how "the rockist rejection of established format categories accrued resale value because its putative anti-materialism asserted privilege.” In other words, Weisbard – former college radio DJ turned American Studies scholar – joins a number of recent “poptimist” intellectuals, including Carl Wilson, John Seabrook, Bob Stanley, by insisting on the social salience of "contemporary hit radio," a.k.a. CHR or pop radio. Weisbard’s argument, encompassing not just radio station programming, but record label marketing, as well as the actual careers of the Isley Brothers, Dolly Parton and Elton John, is that the rivalry among mainstream formats – Top 40, urban contemporary, country, oldies, classic rock, and so on – may come from an effort to understand, and market to, a listenership-edge rooted in the values of community radio. Of course, a simpler way to put this – and one poptimists like Weisbard are usually loathe to accept – is that rock discourse (the ideological apparatus of “rockist” assumptions) has influenced the music industry by re-orientating it to an anti-mainstream "outside," even if the purpose of that reorientation is commercialization. The poptimist conceit, by contrast, contends that mainstream radio programmers do actually speak on behalf of radio listeners, rather than perpetuate industry interests.

Bob Stanley, keyboardist-composer for the English synth-pop band, Saint Etienne, in his history of pop, Yeah! Yeah! Yeah! (2013), argues for a dialectical tilt back and forth between the aesthetic apotheosis of “the transatlantic number one” and all of the recordings done by all the other little fishes. Stanley’s idea is that the little fishes school themselves in genre while the actual chart-topper rises above a genre's inevitable decline. Given Top 40’s present dominance over its rival mainstreams (country, R&B, adult alternative, Latin, etc.) it will surprise no one that the rockist-turned-poptimist Weisbard assiduously evades genre in order to view the mainstream's outside as cultural history itself, rather than any counter-cultural resistance, rockist or otherwise. Freeform radio, Weisbard notes, usurped MOR, or "middle of the road" programming, at just that late '60s moment when MOR started getting marketed at stations emerging from easy listening formats in order to capture the ears of a new, affluent demographic tuned to the sounds of a cool exoticism.

Weisbard’s most impressively researched chapters (the book was his Berkeley dissertation) consist of a chapter on WMMS, a Cleveland classic rock station that emerged out of MOR – just as our own KSHE-95 did – and another devoted to A&M Records, a label whose profit derived from the MOR format's ability to capitalize on the popularization of otherwise genre-oriented music. A&M’s co-owner, none other than Herb Alpert, for example, took "Whipped Cream,” originally an Allen Toussaint jump piano boogie (released as a single by The Stokes in 1965 on the New Orleans label Alon), hooked it up with trumpet runs, Carol Kaye and Hal Blaine’s rhythm lines, and put a sombrero on it. Herb Alpert and His Tijuana Brass got “Whipped Cream” to #68 on Billboard's all-genre Hot 100 singles chart and #13 on the Middle-Road Singles chart (that very year rechristened “Pop-Standard Singles,” what we now call “Adult Contemporary”). By the end of the year, Whipped Cream & Other Delights ranked #1 on Billboard's Top 200 album chart -- a pop of 1965 suburban crocus if ever there was. Hicks from the sticks with two car garages dug the new exotic twist on the easy listening instrumentals which consolidated A&M’s reputation for developing MOR’s format advantage, dulled only slightly in 1967, when Sixties counter-culture went whole-hype at the Pop Festival.

It was at some point after Monterey that St. Louis’ KSHE turned from easy listening to “freeform” radio, the format we now associate with KDHX. If we follow the history that Weisbard provides, the earliest use of the term is in a memo written by Jerry Moss (the M in A&M) to his staff sometime in 1970. Weisbard’s claim, not entirely persuasive to me, is that the MOR format that inspired Whipped Cream & Other Delights was never intended for Southern Illinois intellectuals working for McDonald-Douglass. MOR, what we now call adult contemporary or AC, was designed for the woman who, as one trade magazine editor told Weisbard, “graduates up from Glamour to More,” the now defunct magazine that proclaimed itself “for women of style and substance.” As the editor put it, “A female is expected to squeal for Top 40, recuperate from her first job listening to Hot AC, then turn to MOR/AC when kids and mortgage have left her only open to musical comfort food.” This sounds a little patronizing to Weisbard, but he develops its gist, “To listen as a working woman to music whose mood gets your head right: these strategic acts of empathy and self-regulation made pop’s impact nearly universal.” And that, in short, is Weisbard’s plea for a format’s democratic function. “After television,” Herb Alpert had predicted, “the medium had shifted to ‘format radio,’ meaning the continual sound targeting some listeners, rather than varied programming targeting all.” No one ever stroked Ozzy Osbourne for his strategic acts of self-regulation, so when Alpert describes the MOR marketing strategy of a “pop sound,” the poptimist revision requires that we give up our rockist conclusion that such middle-of-the-road taste indicates some kind of false consciousness on the listener's part.

For Weisbard, the Cleveland experience with WMMS shows that the freeform radio’s anti-format was just a transitional phase that emerged from counter-cultural anti-materialism, but as many even then were pointing out, “the anti-commercial insistence [of freeform] concealed far less progressive tendencies, including a severing of rock from contemporary black-music making and female audiences.” The album-oriented rock or AOR format (that’s what became of KSHE) rejected an A&M group like the Carpenters cynically – despite the counterculture bona fides of a song like “Superstar,” redeveloped by Delaney & Bonnie around the time Alpert would have been scouting both groups – and, in Weisbard's view, shortsightedly, given Karen Carpenter’s appeal among gay listenerships. Weisbard’s point is that format radio brings what’s going on in rival demographics to the ears of less intractably rockist listeners. Three years (1972-1975) marks the period separating the emergence, in all his camp flamboyance, of Elton John at the top of the U.S. charts, and rock institution-maker Jon Landau’s glib remark: “Is Elton John something more than a great entertainer? I’m not sure.” Weisbard retorts: “The singer threatened because to appeal across demographic lines he resisted strong signifiers of genre and counterculture.” CHR or Top 40 radio continues in its primary warrant of genre-resistance and “universal” reach. In the meantime, KDHX and stations like it persist in a genre-connoisseurship that may still mark the anti-materialism of the freeform's anti-commercial format. Could a music lover live without one or the other? I won't try to answer, but what I do know is this: the dominance of CHR means that many radio listeners may go a lifetime without having a chance to choose between them.