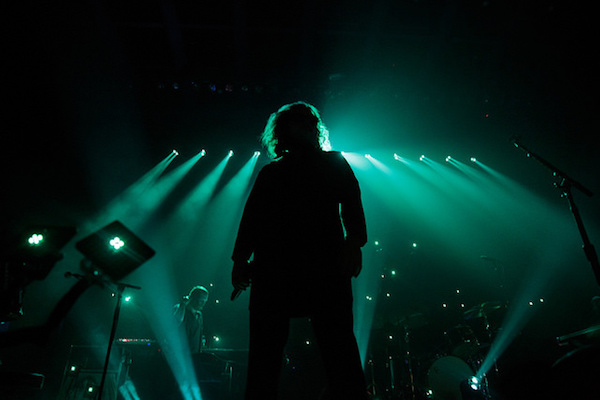 Talking equality and the new album 'Eternally Even': An Interview with Jim James

On November 22, Jim James called in to Wax Lyrical for a little conversation with Caron House in advance of James' upcoming performance at the Pageant on Tuesday, November 29 with opener Twin Limb. Like all our radio programs, the entire broadcast of that evening's edition of Wax Lyrical can be found streaming from the 88.1 KDHX archives for two weeks after the initial air date. Enjoy the full show here or read the interview below.

Caron House: I'm thrilled to be joined via phone with Jim James. Welcome!

CH: It's going well. How are you? You're out on tour right now, correct?

CH: You'll be in St. Louis performing at the Pageant in a week. What are we in store for on this tour?

JJ: Well, I don't know. I think that's up to you. [laughs] I think it's different for everybody. Obviously, I hope people come and have a good time, and -- I don't know -- just get emotional and have fun. I hope it's a beautiful thing for whoever comes.

CH: Each night's a different energy, kind of a choose-your-own-adventure thing?

CH: I want to chat with you a bit about the new album, Eternally Even. You're very well know for fronting My Morning Jacket and as a member of the supergroup Monsters of Folk. You've collaborated with all kinds of artists including Elvis Costello, Jay Farrar, and Rhiannon Giddens. What makes you decide to step aside from that and launch a solo effort?

JJ: I like to do as many different things as I can and I love to just play music by myself in the studio when I'm not at home. With the solo stuff it ends up being collaborative with a lot of people anyways, but it always starts out me at home messing around with stuff. Then it's also fun, once the album's over, to go and do a tour for it with a different band and just enjoy playing music with new people. It's always kind of a different journey. But I feel like that's what makes life fun.

CH: For this solo album, you enlisted the help of a co-producer. You brought Blake Mills on board. What was the dynamic like working on this album with a co-producer?

JJ: Blake's great! I feel like sometimes your head gets buried so deep in a project -- especially when you're working on it by yourself -- that you really need somebody else to come in and help you figure out what's good and what's bad. Blake's really great at doing that and just has amazing ears and amazing thoughts. He really knows what he wants and what he thinks sounds great. Yeah, it was really great working with him.

CH: Jim, as you were starting to think of this new album, Eternally Even, what did you set out to accomplish when taking this on?

JJ: A lot of things. I mean, there are a lot of things going on in the record. There's a lot of personal stuff and there's a lot of stuff just thinking about and talking about the world. What a crazy time we're in right now. I think most everybody's heads are spinning no matter what or which way you voted or which way you tend to lean. It's just a really difficult time for our country and for the world.

I wanted to talk about some of that stuff and talk about hope for peace and love and acceptance and equality. Just a hope that some of us can start to drop these labels that we put on ourselves of liberal or conservative -- or even man and woman and black and white and gay and straight. All these labels really divide us, and I feel like the divide-and-conquer technique has been working so well. We all need to be talking about how we can stop this. How do we just see each other as equals, no matter what our life path is? And also really just trying to talk to people from different walks of life -- or who may have voted differently from us -- and trying to see where we can find common ground.

CH: That is a very worthy goal, and I understand after this tour you're not resting on your laurels. You're actually going back into the studio; there's a new My Morning Jack album on the way. What direction are you going to take with this album?

JJ: I don't know. We'll see. I've got a bunch of songs written. And you never really know until you're actually in there recording them. It's hard. You may think you know which way it's going to go, but then it always surprises you.

CH: Jim James, such a pleasure chatting with you, and I look forward to seeing you when you perform at the Pageant on November 29.

JJ: Thanks so much.

To see all of Dustin Winter's photographs of Jim James (and Twin Limb) at the Pageant, click below. 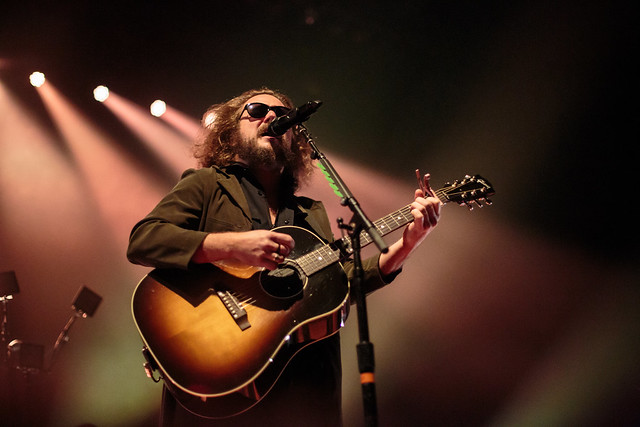