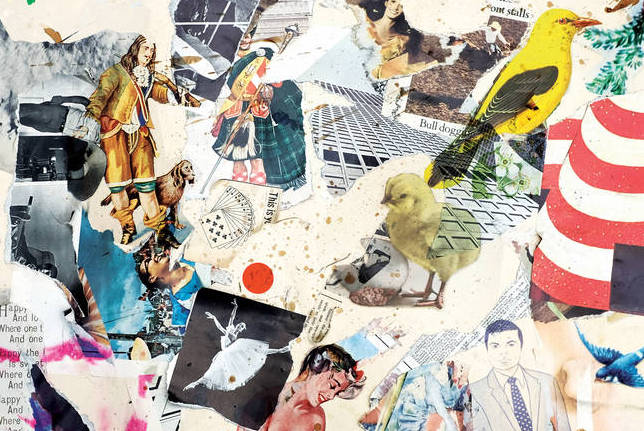 Gary McClure talks about his band American Wrestlers in a way that makes its existence seem paradoxically both a fluke and inevitable. When the Scottish musician moved to St. Louis in 2014, he did so for personal reasons, leaving the relatively successful project Working for a Nuclear Free City behind him in Manchester, England. The story of how he got from there to where he is now—touring on a well-received second American Wrestlers' album, Goodbye Terrible Youth—illuminates McClure's unrelenting drive to write and his unabashed fondness for the music he grew up listening to.

American Wrestlers' self-titled debut, released in 2015, was written and recorded entirely by McClure, demo-style to a cassette, at his new home in St. Louis. It featured a lo-fi recording approach and efficient arrangements that illuminated McClure's innate sense for melody and balance within his self-described "retro alternative rock." When that batch of songs was recorded, American Wrestlers wasn't a band in any practical sense: there were no other members, no record deal, no online presence. "I was convinced no one would ever listen to it," McClure says of those recordings created during idle time as he waited for his green card to arrive.

But people did listen and the response was predominantly positive. A&R staff at Fat Possum Records liked a track posted on a Scottish music blog and was one of nine labels to reach out about working with McClure. Once Fat Possum agreed to put out the recordings under the American Wrestlers banner, McClure needed to turn his bedroom project into a band capable of bringing his compositions to life on stage. This turned out to be harder than one might expect, but after hours of combing through Craigslist posts for potential members, one or two false starts, and six different drummers, American Wrestlers became a band. (The current lineup includes McClure's wife Bridgette Imperial on keys, Ian Reitz on bass and Josh Van Hoorebeke on drums.) The first LP was released; the band toured and fans and music journalists were generally into it all.

Fast-forward to fall 2016, and Goodby Terrible Youth is released. The record is about as natural and incremental of a follow-up to that debut as one could expect. As with the first album, McClure wrote and demoed all of the material in isolation, bringing songs to the band to record. They'd strip away his demo tracks—keys, drums, bass—one-by-one, recording as individual players but remaining relatively faithful to the demo parts. The result is a recording of a collective of players, while nearly everything that you hear emanated from McClure himself.

On writing in a more collaborative fashion, he says, "It's not that they can't do it; they can. When writing, I go through every different combination I can. I'll try all the complex variations." The resulting demos created in isolation are, for McClure, the distillation of hours of trial in service of the greater concept of the song and efficiency of melody. This is a shift from the writing style of Working for a Nuclear Free City, in which McClure and his partner Phil Kay wrote very collaboratively. As McClure tells it, they would often start a new song in the morning, workshop it all day and scrap it if it didn't come together by evening. McClure estimates that WFANFC left upwards of 2,000 unfinished ideas behind. But he's not eager to go back to that model, stating gleefully, "Now I can make the music that I wanted to make as a teenager but was stopped by Phil's interference."

Goodbye Terrible Youth presents American Wrestlers as a full-fledged band, with live drums replacing the drum tracks of the first record, and a sound that more closely reflects that band's live performances. When touring off that first album, McClure recalls the dissonance of concertgoers buying the demo-like LP at the merch table after seeing them perform as a full band: "There were guys buying the vinyl going, 'I love that, I've never heard of you guys before. I loved that show, I can't wait to get this home.' I thought, should I tell them?" With the new album, no caveats will be necessary.

From the almost-anthemic "Amazing Grace" to the propelled jangle and fuzz of "Give Up," the new album from American Wrestlers will resonate with fans of the band's debut and surely appeal to a lot of listeners new to their music. It's colored with the types of melody and texture more common in '80s and '90s alternative rock, presented more currently with a fresh, non-nostalgic vision. While McClure's initial deal with Fat Possum records only these first two albums, he's already started work on a third. "I've tried to write the next record almost before the new one's out, so I don't feel there's pressure. I've already got four songs...just in case Goodbye Terrible Youth gets really good exposure."

It seems likely that we'll see a third LP from American Wrestlers, but McClure is less confident that the band will continue much beyond that. Ruminating aloud on the longevity of the project, he says, "I think it has one more record in it. I think after three, maybe I don't know, it feels weird to do more than three." Whatever the fate of American Wrestlers, McClure is unlikely to stop writing any time soon: "I've put so much of my life into making music now, I can't stop."

The American Wrestlers will celebrate the release of Goodbye Terrible Youth at Off Broadway this coming Thursday, December 15 with the help of Bruiser Queen, Commander Keen, and The Free Years.