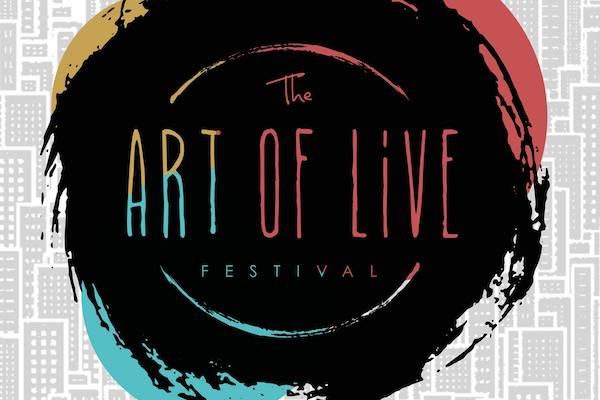 January can be a slow month in St. Louis. But as the fuzzy, warm glow of Christmas and New Year's fades fast and temperatures drop into the single digits, the Art of Live Festival, now in its third year, has stepped into fill the typical lull in music festivals and live shows this time of year. With over 20 bands and three different participating venues -- the Old Rock House, Off Broadway and the Ready Room -- the four-night festival aims to please the St. Louis concertgoer in need of some great live music. I caught up with Erica Durbin, the creator of the Art of Live Festival and booker for the Old Rock House, to find out more about this ambitious festival.

Doug: First, tell us a bit about yourself and how you became a talent booker?

Erica: It's kind of an interesting story actually. I went to school in St. Paul, Minnesota to study the music business. From there, I ended up getting a job in a booking agency in Chicago. I decided that I wanted to move back closer to home, and one of the agents in Chicago introduced me to Tim Weber at Mississippi Nights. I went to work there until Mississippi Nights closed down. Tim (managing partner at the Old Rock House) then decided to bring me in to work at the Old Rock House in January of 2010 when we decided to turn it into a concert venue.

Doug: What is the concept or genesis of the Art of Live Festival?

Erica: Well, this is our third year. It was kind of a joint idea. Hard to say who came up with it first but it was from a conversation that started between Tim and Brian. I spoke to Tim Weber and we figured out a creative idea for January which is a really tough month for music. We saw some other cities doing something similar during the winter, and decided we did, too. We decided to create something and turn it into a big thing that local bands and national bands would want to do. We want to celebrate St. Louis, local bands, our venues and live music. It was an easy way to do all of those things.

Doug: Did you approach all the participating venues?

Erica: We started working with Off Broadway and the Ready Room, so they already know what to expect. Those were the venues that agreed with the concept and they wanted to make January a better month than it usually is. It beats staying at home and twiddling our thumbs [laughs].

Doug: Four nights of music is ambitious. Are there any themes or pairings?

Erica: Not necessarily. We're trying to keep that vibe of up and comers, but we also wanted some headliners that we could make fit. I ended up with great headliners and good mixtures. We didn't just want to be a hip hop or funk festival. We're trying to serve a wide spectrum with good lineups. We're trying to find a solid lineup of local bands and try to avoid just making it solely about the national touring acts.

Doug: Does it fill a need or demand for more live music from local talent?

Erica: Yes, it really does. We built it around local venues and getting the right big name acts and adding St. Louis acts onto the shows.

Doug: How did you approach the other venues?

Erica: I don't remember really having to twist any arms. The venues were completely open to the concept. They agreed that if we weren't doing this, that there wouldn't be a lot going on in January.

Doug: What are your expectations for the event in terms of attendance?

Erica: We did about 2,000 folks overall last year during the entire festival. We have a couple less events this year, but we're still expecting between 1,500 and 2,000 attendees. I know that we draw a bit from Kansas City, Chicago, Memphis and a few other cities. It's quite possible that they'll stay for all of the shows. I know that some people in social media are already talking about hanging out together over the course of the festival and the weekend.

Erica: I think it goes through phases. We started the event as a celebration of live music in St. Louis and live venues in general, but we also want the festival and venues to do well financially.

Doug: How did you approach your sponsors?

Erica: We approached DO314.com and they set up the concert calendar for us. They've always been a partner and they've been important in pushing our event. We finally approached Schlafly Beer for the first time this year. We finally have some history behind the festival now and it made sense to work with them.

Doug: How soon did you start booking bands?

Erica: We always start in August and send out feelers for talent. It's an ongoing process and it's not always easy.

Doug: How have you used social media to promote the festival?

Erica: It's been our primary method of promotion. The RFT (one of the sponsors/partnership) and I Went To a Show, Facebook, Twitter are mostly the ways of getting the word out. DO314 helps a lot. We are also doing some ticket giveaways. The iwenttoashow.com blog creates photos and content for the festival. We will also have a social-media guy at the Old Rock House putting videos and posts out there live the night of each show.

Doug: Are local St. Louis music media excited about this?

Erica: Yes, we always get a good response. It's a cool thing for the city and there's not a lot going on this month. It's a great focus and Kevin [C. Johnson] at the Post-Dispatch is writing about it. The goal is to support and promote St. Louis and our music. I think we've been doing a pretty good job in the last few years and we can only go up. I think we're getting more recognition each year. We do have a wristband for all those shows, so if someone comes out of town and wants to go to every show in four nights, they're covered. There's nine shows over the course of four nights, Thursday to Sunday. The G. Love & Special Sauce show is a pretty big thing and will close out the festival. Twenty bands is a lot and we think the audience will find more than enough to like.

Doug: What are some of the buzz bands or bands to watch for?

Erica: Tortoise haven't been in St. Louis in a while so I think people will be eager to see them again. The MVSTERMIND show is pretty big. He's blowing up right now in St. Louis and he's getting interest from Red Bull. It's great to have someone from St. Louis doing well and going somewhere. It's an exciting time. Hip Hop is coming back in a big way in St. Louis. We also have Smooth Hound Smith from Nashville. They Just got off touring with Dixie Chicks, so they have a name and buzz, too. The Overcoats are really cool and they're buzz-worthy and I think they have a new album coming out soon. I'm pretty excited to get them on board for the festival.

Doug: Do you find this festival turns concertgoers into new fans?

Erica: Yes, especially when someone sees a new band playing with a band they already like. We hope they become a new fan of one of the other bands on the bill and enjoy the entire festival.