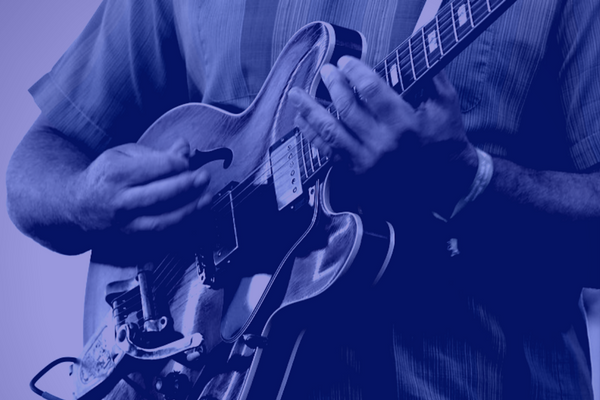 “Race and the Blues in St. Louis” Community Dialogue Series

KDHX and the St. Louis Blues Society present "Race and the Blues in St. Louis" community dialogue series, featuring conversations designed to cultivate understanding about race relations as it pertains to blues music, its legacy and future.

I'm excited to serve as the moderator for this series. With more than 40 years in managing projects for entertainment/media and cultural arts, I also am a native St. Louisan, arts enthusiast, community advocate, and adjunct professor of business at Webster University. I believe love for the arts especially music, which has been documented to aid in healing individuals, should be a common ground for bringing together people from diverse cultures and to restore a sense of community that bridges race relations in support of blues music in the community.

As I reflect on stories of and about my grandfather, a sharecropper and blues musician from the Mississippi Delta, I also am honored to be on the same stage with blues musicians, historians, broadcasters, promoters, recording studio owners, venue managers, and arts community advocates who share deep connections to the blues in St. Louis.

From 2:00 pm to 3:30 pm on Sunday afternoons in February 2018, dialogue sessions have been scheduled to take place on The Stage of KDHX. We will have a different focus for each dialogue session: The first session addresses The Past: Stigma of the Blues (February 4th). The second session deals with The Present: Reality of Blues Music Today (February 11th). And the third session explores The Future: Evolution of the Blues (February 25th). All dialogue sessions will address issues of appropriation and roadblocks for artists and advocates, in addition to how to remove the stigma and hindrances for blues as an original artform. When describing this opportunity, I think James Weldon Johnson said it best: "It is from the Blues that all that may be called American music derives its most distinctive characteristics."

After having an opportunity to work with acclaimed Emmy-winning documentary film producer and director Joanne Fish on Mr. Handy's Blues, which was presented on November 5th, 2017 for The 26th Annual Whitaker St. Louis International Film Festival on The Stage of KDHX, the documentary film explored the life of William Christopher Handy (W. C. Handy)--"Father of the Blues". Through the skills and talents of W. C. Handy, blues music was decoded and published for the first time as an original artform to be heard and shared with people worldwide.

W. C. Handy codified the moans and groans of pain inflicted on the body and soul of Black people in the cotton fields of the South. He translated their chants, the call and response of music that transcended the excruciating pain of having your family torn apart by being separated from loved ones because you were considered a commodity instead of a human being, and having negative stereotypes perpetuated about you as African Americans. He captured the spirit of how inhumane treatment of slaves, and later sharecroppers, who often were lynched and further dehumanized through enforced discrimination in education, housing, incarceration, and other injustices of Jim Crow laws. Despite the atrocities of an enslaved culture that produced post-traumatic experiences which continue to present-day, blues music was conceived.

Blues music provided an outlet--an expression for Black people who had not and still do not have "a voice" and opportunities because of their skin color. Whether it's labeled racism, it's about the perception and the practices that uses a person's skin color to determine how they're treated. For Black musicians as artists to cope with racism that colored everything that influenced their lives and that of their loved ones, the blues became their vicarious voice, their expression through music. And the music reflected pain, loss, love, disappointment, hope, and celebration of what life was and could be.

After W. C. Handy put this unique music into musical notes that reflected pieces of a person's soul and experiences of what poor, oppressed Black people felt, he composed music and words that could be played on different instruments such as a guitar, harmonica, piano and other musical instruments-- homemade and otherwise. Nowadays, blues music has grown in its means of expression. People of various races and experiences have adopted it.

Unfortunately, in many cases, blues music has been stolen from Black musicians who were uneducated and lacked business savvy. Their music was and continues to be co-opted for the profit of others who did not originate the music. Even in one case which affected W. C. Handy, his first blues song "Memphis Blues", considered the first blues song ever published, felt prey to exploitative business practices. Because of this, he learned a lesson the hard way. W. C. Handy, subsequently, set up a structure to retain ownership of his songs and created his own publishing venture with a songwriter and entrepreneur named Harry Pace. And by 1914, under the Pace & Handy Music Company, "St. Louis Blues" was released. To this date, "St. Louis Blues" remains one of the top-selling blues song internationally and in the history of blues music.

Since the inception of blues music, many blues songs and musicians have attracted international attention and commercial success. All anyone needs to do is visit the National Blues Museum, located at 615 Washington Avenue in downtown St. Louis. At this museum, a person can discover how some blues instruments date back to pre-slavery and the oral traditions of African griots, a visual timeline of blues music history in the United States, artifacts relating to local and internationally-renown blues musicians, video and interactive displays that show the development of famous and lesser known artists of the blues, and weekly live performances.

In addition to the National Blues Museum, there are several local legendary venues for blues artists of the past and present. Some of these venues pre-date the opening of the museum. However, the history of blues music in St. Louis encompasses so much more. During its earlier heyday with its musical vitality and popular ragtime and hot dance music that combined folk music roots with a variety of more formal musical traditions, this city played a huge role in the creation and development of the blues. For instance, blues music was more innovative, showing rhythmic invention and virtuosic playing in the 1920s. Then throughout the 1930s and 1940s, musicians continued an interaction between blues and jazz and other genres. Since then, St. Louis musicians also contributed to the creation of rhythm and blues and rock and roll as well.

As the moderator for "Race and the Blues in St. Louis", it is my hope that the overall dialogue series will accomplish more than just talking about the problem. I hope it will culminate in efforts to bring together culturally diverse people on a common ground and produce the following:

So, reserve a date and join us in a conversation on "Race and the Blues in St. Louis".