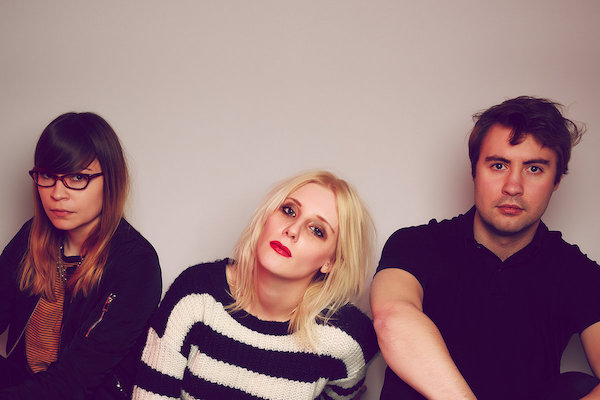 A Faint Glow in the Far Back: White Lung, Plague Vendor, and Bruiser Queen at the Firebird, July 16, 2016

Here is where I got in trouble on Saturday. I was standing at the back wall of the Firebird, briskly tapping out some thoughts in the Notes app of my phone. As a too-frequent brilliant-idea-forgetter, I tend to take a lot of notes. I’d relocated to this particular spot in the club so that no one in the audience would be behind me, and—for reasons that will seem almost exasperatingly prescient in a moment—I’d actually even dimmed the brightness of my phone’s display before the show.

Here is what I was writing when I got in trouble on Saturday, basically verbatim:

Plague Vendor singer. Stage moves (what else to call them: surely he doesn’t move like this in real life?). A not un-mesmerizing combination of Kurt Cobain, Michael Jackson, and Kathleen Hanna. (I’m pretty sure I just saw him do the splits.) Or maybe it’s more like Mick Jagger plus Glenn Danzig. Does KC+MJack+KH=MJag+GD? Compared to this singer—violently lean, attractively all over place—everyone else in the world looks just a little more like Dave Attell by comparison.

Are these the most brilliant notes ever? Probably not. Did I bang all of this out with my thumbs in response to a performance that I was actually enjoying, even though Plague’s Vendor’s music itself doesn’t totally do it for me? You betcha. Is this how I actually write? Yes, unfortunately.

Here is what I was not doing when I got in trouble on Saturday. During one song, the singer of Plague Vendor, Brandon Blaine, had coaxed the audience into crouching low to the floor as the music got quieter. I had not personally crouched, however, assuming that this interaction was optional. This was the point at which point Blaine called out from the stage: “Who’s that guy with the cell phone? What are you doing? Don’t you know where you are?” It was me. I gave a little wave of my phone to him, screen-side, and crouched down, eager to know where this knee-bendingly important group adventure was headed. Then the music kicked back in, and Blaine jumped off the stage—looking a little like the Nike Air Jordan logo—and the rest of us stood up again.

Here is what I was writing when I got in trouble for the second time, also basically verbatim:

We all crouched down to the floor and then got back up. It felt like when you’re at your aunt’s second wedding, and the house band is playing Otis Day’s “Shout” and brings everyone down to the floor for “getting a little bit softer now, etc.” Not sure what we just gained by this, collectively. And plus I just got in trouble.

So yes, even after the initial admonishment, I’d continued to use my phone to take notes, for which Blaine called me out again after the song ended: “That guy is back on his phone? Really?! There’s no Pokemon here, bro!” (Full disclosure: he may not have actually said “bro” at the end, but it just kind of felt that way to me—either way, an antagonizingly masculine inflection for sure.) I waved my phone at him again in recognition, which I assumed was our “thing” now.

Before I got in trouble, I’d written a note that said: Mike Patton. That Blaine reminded me, if only even fractionally, of the charismatic genius weirdo behind Faith No More seemed like a pretty generous comparison to which I could give a little more consideration once I got home with my notes. After I got in trouble, though, I wrote: Donald Trump. That Blaine sought to prescribe a single, monolithic way for the audience to experience his short time on stage seemed unnecessarily authoritarian. That he was unwilling to tolerate an averted gaze or a potentially divided attention seemed kind of needy. That he used his position of power to specifically call out and chastise a single audience member made him seem at least a little like a bully.

I would love to be able to take back and disavow all of the nice things I’d initially written about Blaine, but that’s not how notes work. Notes accumulate and compound, adding up. Notes don’t want you to erase them, but rather to let them reveal.

Before the whole thing with Plague Vendor, here is what I’d written about local favorites Bruiser Queen, who opened the show. These notes, for which I did not get in trouble, are also transcribed here pretty much verbatim, because I want to call attention to the spirit of inclusivity that I had been feeling up to that point:

BQ remind me of a band playing at a high school dance in a mainstream '80s movie. In those scenes, you get the sense of that band is, like, the best band in that school, well-liked by the widest possible assortment of tastemakers, burnouts, mathletes, and weirdos. They are for everyone.

The already very good Bruiser Queen just keep getting better, and their set had several great new songs and absolutely no filler. I had been really having a good time.

After the whole thing with Plague Vendor, who played second, we finally got to see White Lung. Tearing through tracks from Sorry, Deep Fantasy, and Paradise, frontwoman Mish Barber-Way navigated rock-and-roll theatricality and hardcore ethos, diminishing the need for a difference between the two. Guitarist Kenneth William inhabited the upper registers of his instrument with a restless accuracy, creating an urgent architecture of cascading notes. Drummer Anne-Marie Vassiliou played unimpeachably, at once stead and fast.

White Lung’s set drew largely from their newest record, Paradise (Domino, 2016), which is one of the strongest and most unexpectedly listenable albums of the year. Embracing both an expanded sonic scope and a calculated de-escalation of the throat-shedding vocals of their earlier work, Paradise adapts White Lung’s energy to new ends. Their anger and aggression has become more beautiful now, precise, verging on perfect, as though they have learned that scathing incision is best made with a scalpel, not a kitchen knife.

I didn’t take many notes during White Lung’s set, despite wanting to. Maybe I was worried that getting back on my phone would seem like a kind of vaguely political position—a low-level civil disobedience, when in fact I actually consider it a high-level crutch. Maybe I started to worry less about memory, and more about the moment. Maybe Plague Vendor won. Or maybe I just did what I wanted—notes or not. I’m tempted to posit the latter; White Lung is uncommonly empowering.

Without my notes, though, what I maybe remember most is that after this all-ages show, I was standing in the merch line behind a girl and her companion, who may have been her older brother or her youngish dad. The girl’s nascent edginess was offset by her age-appropriate braces, and I got the sense that this show was a big deal to her. Behind the table, Mish Barber-Way from White Lung was chatting with fans, taking shirts out of boxes, recommending sizes. (“This one might run kinda big—you definitely need the Small.”) The girl was nervous about meeting Barber-Way, which she explained to her companion. I think I heard her say “kind of my hero” (with which I kind of agree, personally). At the front of the line, the girl and the singer spoke for a minute, and after some initial gushing, Barber-Way came out from behind the table to pose for a photo, taken by the companion with his phone. When it was my turn, I bought a black White Lung t-shirt without saying much—newly committed, at least for the moment, to going unnoticed.