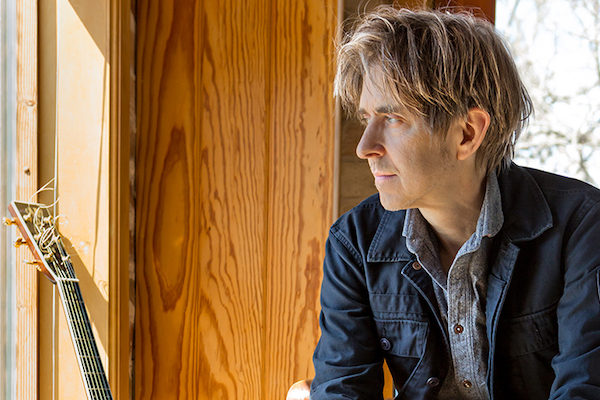 Although his guitar was acoustic, Eric Johnson was electric during an intimate night at the Old Rock House

To many, the prospect of Eric Johnson playing at the Old Rock House would mean a night of wildly shredded, electric guitar anthems, thick crowds and a welcomed ringing in the ears for hours to come. That was not the experience this past Wednesday, November 2, but few were disappointed. Touring to support his new acoustic album EJ, the Texan guitarist instead played to the sitting room environment in "An Evening of Eric Johnson Solo." Joined only by a trio of acoustic guitars and a grand style piano, Johnson shared an intimate night that resembled the comfort of a living room performance.

With only monotone, static lighting for production, the focus favored a friendly evening of music over attempting to put on a show. Irrespective of the modest climate, Johnson entered to an uproar and standing ovation before taking a seat at the right side of the stage. Without more than the simplest of introductions, he rested the guitar across his lap and began the first set with a pair of instrumental selections. They welcomed the crowd to the warm sound of his acoustic guitar and demonstrated his technical proficiency. The first was full of energy, layering harmonies atop the melody and a bassline on the low E string, while the second was a short and sweet reminder of Johnson's Texas roots.

As the set continued, new and unreleased songs mingled with some of Eric Johnson's personal favorites. The first selection from EJ was "Gift of Love," a songwriter style ballad with a simple melody to the verse. Although often stoic as he played, Johnson's face would often brighten at the close of each song, revealing his own personal enjoyment in the performance. Despite the clear delight he was experiencing, Johnson assured the crowd that he had no intention of selling his electric guitars. Near the end of the set, he revealed new piece entitled "Let a Friend Find You," a warm and comforting song that was reminiscent of Jim Croce in tone and style.

At the start of the second set, Eric Johnson began with a number of songs from the piano at the left side of the stage. He selected five songs, each with distinctive styles of their own. While they largely reflected the same endless selection of arpeggio that he exhibits on guitar, the second selection of the set let the vocals stand out with only the softest accompaniment. It was another unreleased song, named "Over the Moon," and Johnson's voice was rich with soulful tones and style, confirming his abilities as a vocalist as well as an instrumentalist.

As he returned to the guitar, Eric Johnson continued with the mastery of the strings everybody would expect. Many of the selections featured complex progressions that were rich with lead-ins and fluid arpeggio, akin to his style on the electric. Similarly, the influences came from all over the spectrum of rock, blues, western and classical guitar, but the new album and material also embraced the youthful songwriter inside. Keeping it intimate in nature, Johnson included the backstory for a few songs throughout the set, furthering the experience from the wild, rock concerts that have dominated the veteran musician's career.

After a standing ovation to end the second set, Johnson started to leave the stage, but turned before even reaching the edge. He joked about making the world's quickest return for an encore and treated the crowd to two more songs, one on guitar and the finale at the piano bench. A small group had departed their seats in favor of a view of a television with the World Series finale at the back of the bar, but the vast majority kept their attention locked until the very last note of the show, demonstrating their appreciation with another rise to their feet. While a minority of patrons expressed disappointment with the format of the show, the crowds largely treasured the experience and will always remember the evening they shared with Eric Johnson.