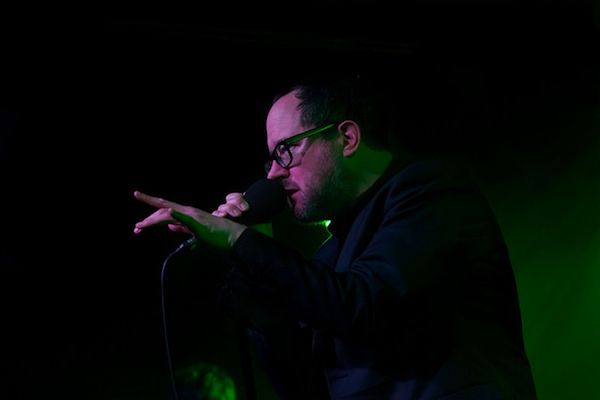 Craig Finn is the main talking head from longtime rock gods The Hold Steady. While THS takes a brief hiatus between performing, Finn has finished and a new solo record, We All Want The Same Things, which will be released on March 24. It's a mosaic of storied lyrics and gorgeous instrumentation that reveals true to life characters in troubling times. He's currently on tour opening for power-rock duo Japandroids, who are also promoting a new record. Here, Finn discusses the differences between his solo work and The Hold Steady and his passion for reading between the lines.

Kevin: What’s changed for you on this new album?

Craig: The big thing for me is what’s stayed the same. In some ways, I made the record this time in part with that same crew, so in some ways it’s like a band making a second record together – communication was easy, we had our own shorthand and knew how to talk to each other. That said, we invited a lot more people into the room this time. There's a piano player, there's a lot of horns – so it ends up being a lot more musical record in a lot of ways, it helped us to branch out into a lot of different elements.

K: How do you go about finding the people you want to bring into that process?

C: We found people we really loved and trusted and got them into the room to see what would happen for the most part. The producer and I would go over the songs first, whether we were hearing horns or piano or keyboard, and then invite those musicians to play and explain what we were thinking, but we would also give them room to play around and see what they would bring. I think that’s really exciting for me at this point.

K: You’ve got a pretty solid solo career happening. Is this one of your best achievements so far?

C: I think it’s one of the best recs I've ever made. You’re always excited about the new stuff of course, but I think it’s really helped me to grow as a songwriter and a performer. There are a couple of songs on the new record, one in particular, "God in Chicago," that’s a real spoken-word kind of song. I’ve always been a talky singer, but I just loved being able to do something that was spoken word or a story. There were a lot of good characters on this record, a lot of good sketches of people that really resonate with me and I hope it will with other people. I think it’s my strongest solo record.

K: Have you developed a preference for performing with The Hold Steady versus performing solo?

C: It never feels awkward but I think it feels challenging. I've done a few shows just by myself and those are really hard, but I think if you get good at them, you’re gonna get better whether you're with a band or not. Everything is just a challenge and trying to conquer it in some way.

C: When you get up to touring, you may be with a band – Hold Steady has been around for 14 years, everyone can take care of themselves – but with solo work, your leadership is more necessary with a show like this. Your name’s on the marquis but you gotta make sure everyone’s being taken care of.

K: Does that leadership role come natural to you?

C: It’s a natural role I felt in The Hold Steady, but I think maybe I’ve gotten more sensitive to others in that process. I don’t think that comes easy for a lot of rock 'n' roll people, but you gotta step up and make people feel like there's someone driving the ship

K: Where do you draw your inspiration from when writing lyrics?

C: They kind of come from everything. It’s reading a lot, listening to people while riding the subway, but a lot of it’s books and just thinking that way and having a mind that’s always thinking of stories. Some of it comes from your own life and what happens around you and some of it comes from the daily newspaper.

K: There’s a long tradition of writers dabbling in music. Do you feel like that sometimes? Like you’re really a poet or writer moonlighting as a musician?

C: I’ve never really dug poetry without music, but I do think of myself more as a lyricist, because in The Hold Steady that’s my focus, but it’s the stories that are always very important to me – I’ve always liked reading fiction.

K: What does a Craig Finn bookshelf look like?

C: I’m always reading something – I’ve got a big stack at home that I’m always working through and people are always giving me recommendations. John Darnielle’s book Universal Harvester, I’ll probably read George Saunders' new book. Right now I’m reading Michael Lewis’ The Undoing Project. It’s about how we make decisions and how our minds work. I’d still like to try and write a novel myself but I’m not even close.

K: What do you think it would be about?

C: It’s hard to know. It would probably be about realistic, unremarkable people – that’s what my songs are about. That’s what this new record is about. People who don’t start out wealthy or famous but people who are just trying to get by and what that looks like in this world. I feel like people can relate to that.

Craig Finn & the Uptown Controllers open for Japandroids at the Ready Room on Sunday, March 5.