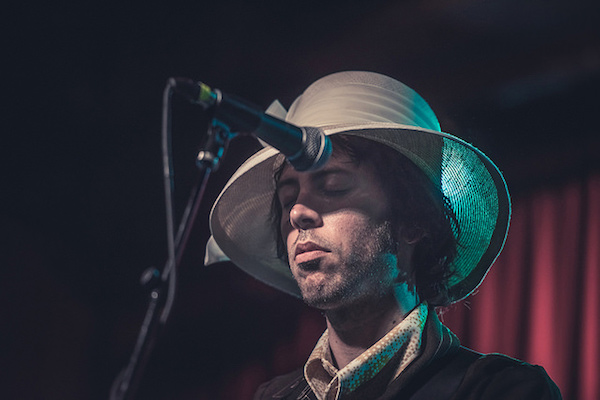 Daniel Romano defies genres and has fun doing it

I'll admit it: I was never much of a country music person. In high school, I was one of those pretentious kids who proudly declared I listened to, 'like, literally everything but country.' You can't blame me; growing up in an immigrant household in a dense little neighborhood at the edge of Chicago, country/bluegrass/Americana was never quite the 'big thing.' Well, moving to St. Louis has provided me with something of a culture shock. Sure, the punk, indie, noise, etc. is all here, but country music holds an entirely different meaning: the city embraces it, celebrates it, and lovingly cultivates it. Thus, when approached to do a review about Daniel Romano's show at Off Broadway last Tuesday night, I thought it couldn't hurt to give it a go; if KDHX likes country so much, it can't be all bad, right?

Luckily for me, country music is in the midst of a genre-wide renaissance. Artists like Daniel Romano are redefining what it means to be a country musician, drawing upon a range musical influences outside of what would be considered orthodox — rock, punk, world, and even noise influences sneak into every hook, riff, and chorus. Country, like everything else in this age of change and reinvention, has emerged sounding a little bit different.

Just take the first opener, St. Louis's own Brainpal, for example. The deep, Southern-tinged voice of frontman Reshad Staitieh undeniably speaks to the band's classic country influences (as do all of the band members' pointy-toed, leather boots). Their songs, however, give off a dark, discordant vibe, which is only intensified by the harsh guitar lines that churn alongside Staitieh's powerful singing. The sheer intensity of the experience is decidedly a darker spin on classic country, drawing from rock and maybe even emo roots.

The second act of the night, The Strange Places, (also homegrown) is more akin to Daniel Romano, both in terms of sound —what the band themselves call "kosmic country" — and look — an aesthetic that would look right at home in the 1960s. Lead vocalist Chris Baricavic, who onstage goes by his space-cowboy pseudonym Kristo, brings just the right blend of weird Americana and classic rock as he struts, yelps, and howls. The songs themselves — surprisingly lyrical tales of witchdoctors, desert magic, and even tumbleweeds — embody the whimsical otherworldliness that 'noveau country' brings to the table.

Daniel Romano himself is the very embodiment sonic evolution. His newest album, Modern Pressure, is both a continuation of the undeniable country flavoring of his previous release, 2016's Mosey, and a reinvention of it. Modern Pressure is an album that refuses to be defined by generic archetypes; it is neither rock nor country, but something in between. The result is a sound that is as striking as Romano himself.

"He looks like a Bob Dylan impersonator," my friend whispers to me as Romano takes to the stage; indeed, in a colorful collared shirt, flared pants, and a flowery sunhat that looks like something the Queen of England would wear, he exudes the same, offbeat coolness that defined Dylan in his prime. The rest of the band, outfitted in similarly flowy clothing, look as though they've stepped straight out of the '60s; the guitarist even nonchalantly chews gum throughout the entire set, in true, vintage rebellious fashion.

The set opens with the album's titular track, "Modern Pressure." Earlier that day, he had performed the same song at a KDHX studio session: it was a stripped-down rendition, performed by just Romano and two other musicians. With just his breathy, wavering voice over the whisper of the acoustic guitar, it had seemed like a love song, sung sweetly and softly. I had expected something similar for his performance at Off Broadway, but Daniel Romano, always the sonic chameleon, shows off just how widely his talents range. "Modern Pressure" is the perfect opening — a grandiose rock anthem that channels the brashness and confidence that defines Romano's style. The evolution is surprising, not just because of the stark differences between his two sets, but because of how effortlessly he pulls it off.

The rest of the night proceeds with just as much fast-paced vigor. Even the more mellow songs, like "Roya" and "What's to Become of the Meaning of Love" are infused with new energy in a live setting; there are plenty of electric guitar solos, drum solos, yelps, and howls. Unlike in the KDHX sessions, Romano doesn't hold anything back, allowing the full breadth of his voice, piercing and powerful, to fill the room.

As Romano begins to play "When I Learned Your Name," another song he had performed at KDHX, I think of how I'm supposed to define this experience: country music's old-timey twang is definitely there, but so is rock's unadulterated energy. Listening to the sheer spirit behind his singing, though, it almost seems silly to confine Romano to the boundaries of one genre or the other. The music is here in all its glory, and that's what matters.

Click the image below to see all of Chris Malacarne's photos of the night's performances. 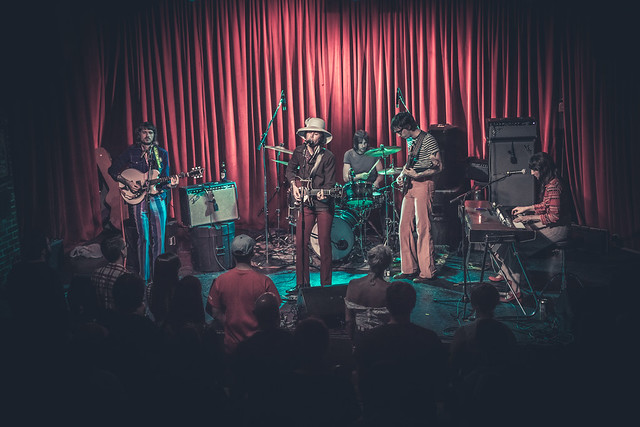