Pixies rocked The Peabody Opera House on Saturday night for nearly two hours with no breaks and no small talk. In fact, there was no talking at all as they played an impressive thirty-five songs ranging through their six studio albums, their first mini LP from 1986, and even a Neil Young cover from a long-ago recorded B-side. Without a moment's rest they played from one song right into the next with fervor, intensity and unyielding stamina to the very end.

Three of the four original members are still with the band, including lead vocalist Black Francis, guitarist Joey Santiago and drummer David Lovering. Bassist/vocalist Kim Deal left the group in 2013 and was replaced by Paz Lenchantin, formerly of A Perfect Circle, Zwan and Queens of the Stone Age. Her eerie backup vocals are a huge part of the band's iconic sound and was consistent with Deal's vocals that fans are familiar with from the first four albums. During the encore Lenchantin showcased her vocals on "All I Think About Now," where she alone sang and Francis relinquished the spotlight momentarily.

Almost every track from their biggest record, Doolittle, was played including hits like "Here Comes Your Man," Hey and crowd favorite, "Debaser," in which the crowd screamed along to the chorus, "An Chien Analusia!", lyrics that reference a short film from 1929. During "Monkey Gone to Heaven" the audience raised their hands above their heads and signaled the corresponding fingers, "If man if five, then the devil is six. If the devil is six, then God is seven." Towards the end of the set, after playing it a few songs before, was a reprise of "Wave of Mutilation," which was an unexpected and enjoyable surprise.

Pixies are known for their contrasting and alternating dynamics. At one moment the tone is sweet and light with Black Francis practically whispering into the mic. The very next beat is an intense shriek or a squeal from Santiago's guitar. Francis has been known to say that they can only play two ways, loud or quiet, no in-between. I found that the construction of the set list also followed a similar formula building tension with several energetic punk-rock songs like Broken Face followed by a softer tracks like "Silver Snail" and "Havalina," as to always keep the crowd on their toes.

With the no-nonsense feeling of the show I wasn't sure that there would be an encore. The band came forward without their instruments and waved to the crowd, then alternated sides, repeated the gesture and bowed as a group while locking arms. Then they looked at each other in a funny way as if they were questioning, "Should we do an encore tonight?" It was an obviously fake little exchange considering their guitars were being set up, but I enjoyed it. I recognize that some of the meaningfulness of an encore is taken away when it becomes tradition, but I still walk away feeling a little cheated when it doesn't happen.

Click the image below to see all of Monica's photos of the performance. 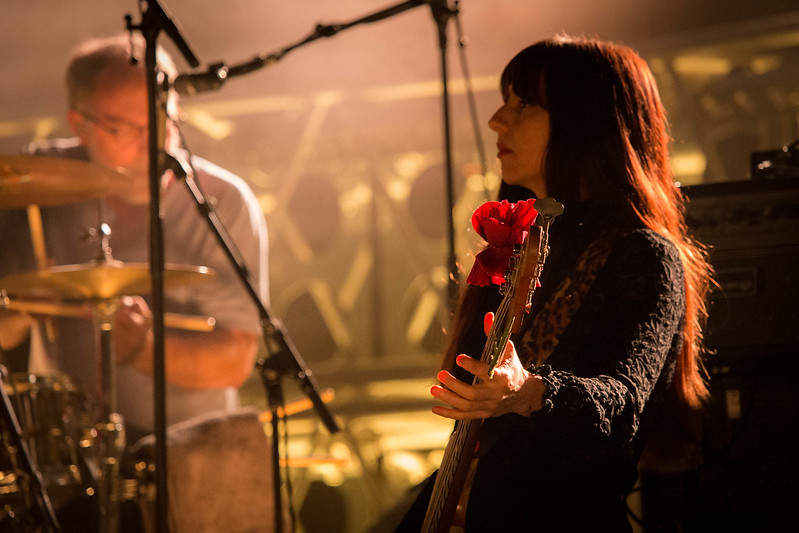