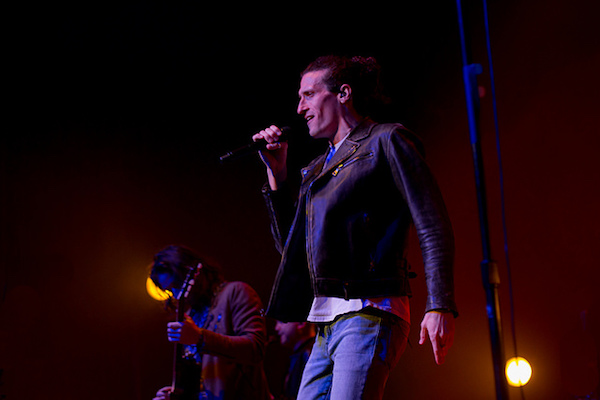 The Revivalists raise the roof and spirits with Muddy Magnolias at The Pageant on Tuesday, December 5

If the packed-to-the-brim dance floor at The Pageant Tuesday night is any indication, New Orleans natives The Revivalists are enjoying a "moment," right now. The band, which blends elements of rock, soul, funk, alternative and pop, driven by tight compositions and the compelling vocals and stage presence of front man David Shaw, has worked the tour circuit for years, frequently playing music festivals and venues across the country.

This was their first turn headlining The Pageant, with its previous local shows in smaller rooms. The band was originally scheduled to play a USO benefit concert in September at the venue that was canceled at the last minute due to worries over local protests taking place at the time. Judging by the turnout, their audience has grown exponentially over the past couple years with some of the catchier tunes from their popular 2015 album "Men Amongst Mountains" getting mainstream radio play, rising up the Billboard charts and even being featured in TV commercials.

Supporting act Muddy Magnolias were everything an opener should be -- firing up the eager crowd with hard driving rock and roll infused with a whole lot of soul. Lead singer Jessy Wilson is a powerhouse of energy, enthusiasm and pure joy, her stunning voice soaring over the crowd as she belted the first notes of "Cold in the South."

The performance was even more impressive considering that, as Wilson noted, this was her first show without her best friend and group co-founder Kallie North, who recently departed the band and touring life to focus on other interests. She graciously thanked fans for their support as she took her place in the spotlight solo rather than as a duo, pouring her emotions into "Down by the Riverside" and injecting it with a sublime mid-song teaser of Tom Petty's "Free Fallin'."

Muddy Magnolias proved a hard act to follow, but The Revivalists were up to the task, jumping right in with the synthesizer-driven "Bulletproof." A stage bump out allowed Shaw to get close and work the crowd right from the start. Donning a Rage Against the Machine t-shirt, his mop of wild curls in a ponytail atop his head, Shaw wailed "We're gonna make it now," as standout saxophone player Rob Ingraham unleashed his first impressive solo of the evening.

The Revivalists have only gotten tighter and more polished since their early St. Louis tour stops. Shaw noted that the band has played here a lot over the years, reminiscing about Broadway Oyster Bar shows in which the seven-piece was stacked up on the tiny stage. Ingraham jumped in, joking, "I played an entire show on Zack's shoulders once."

With so many members and instruments, The Revivalists certainly thrived on The Pageant's larger stage, which allowed them to spread out more fully within their individual solos. As always, pedal steel virtuoso Ed Williams, prominently stationed on stage left, took things to another level, standing up and leaning the instrument forward as he utilized a variety of techniques and effects to produce his unique range of tones that are key to The Revivalists' signature sound.

Bassist George Gekas brought the funk, while drummer Andrew Campanelli nailed the rhythm with assistance from percussionist PJ Howard. Lead guitarist Zack Feinberg roamed the wide stage as he riffed off Williams and Shaw, making his own magical solos look effortless. Multi-talented trumpet player/keyboardist Michael Girardot jumped atop amps and cabinets at times, riling the crowd and enjoying the view as he alternated between his instruments.

Highlights of the nearly two-hour set included favorites from the band's three full-length albums and one EP. Upbeat tunes like funky "Stand Up," full-throttle jam "All in the Family" and the band's first single, "Criminal," had fans on the packed dance floor jumping up and down. Girardot pounded the keys during obligatory Chuck Berry tribute "Johnny B. Goode" in a solo that would have made the late Johnnie Johnson proud, while Feinberg nailed the signature Berry riffs.

Emotive set-ender "Soul Fight" got the crowd singing along and featured a beautiful trumpet solo by Girardot, followed by an equally impressive sax solo by Ingraham. The Revivalists saved their recent hit "Wish I Knew You" for the encore, along with sultry groove "Gold To Glass."

The real treat, however, came as the band launched into the instantly recognizable opening riffs of Tom Petty's "Refugee." Shaw seemed to channel Petty's voice as Feinberg impressively shredded once again and Girardot heavily fingered the keyboard, leaving the crowd cheering as they took final bows. When fans turned to head for the doors, however, they were given another surprise as The Revivalists returned for a second encore, this time paying tribute to the late Gregg Allman with his classic "Midnight Rider."

The Revivalists always put on a high-energy show and seem to have a great time doing it. Having paid their dues, they appear to be on the verge of breaking big, which makes an intimate performance like this one even sweeter. 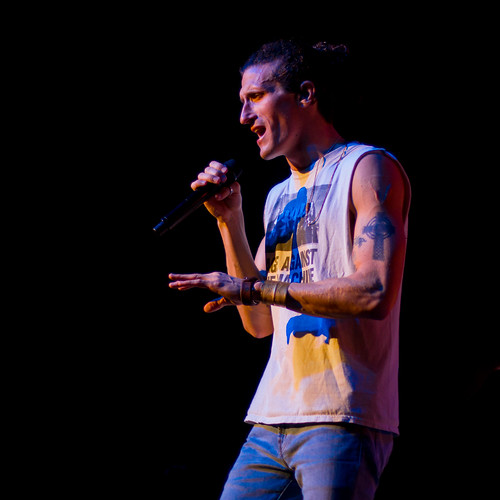