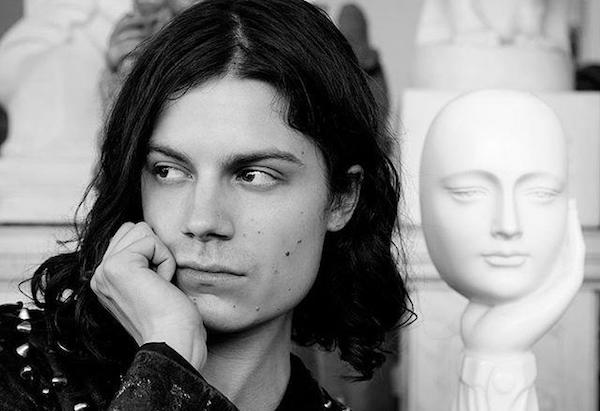 On Tuesday, January 30, the American singer-songwriter was welcomed warmly by a sold-out crowd at the Pageant. The enthusiastic showgoers consisted of a mix of festively-dressed millennials along with older fans all anxious for the singer's grand arrival to the stage. The lights dimmed and immediately fans halted their side conversations to scream toward the stage anticipating BØRNS' entry. The opening song was "God Save Our Young Blood", the first track of "Blue Madonna" and featuring Lana del Rey, a single released on January 2, 2018 earning BØRNS Lana Del Rey fans. It was the perfect opener to excite the crowd.

He showcased the remainder of "Blue Madonna", performing the album top to bottom. He danced all over the stage, engaging the rowdy crowd even more with "Faded Heart". He gave audience members the honor to sing the majority of chorus with the band as he pointed the mic towards them. No one in the house was seated. BØRNS then moved on to "Sweet Dreams" which gave a nice breather from the previous upbeat song. The band gave space, allowing everyone to settle even more.

BØRNS' band is mostly female, a refreshing sight, consisting of bass, guitar, drums, and keys, all creating the perfect rhythmic blend, backing the vocalist. They supported with ambient background harmonies while playing, at times, syncopated rhythms.

Throughout the night, BØRNS also gave us a feel for his influences. When belting "I Don't Want U Back", I was reminded of Michael Jackson's tone. In the later part of the set, the singer played keys in an intro, creating a more intimate start and contrasting with the other openings toward the beginning of the set. He even soloed, which hyped the audience even more as the band built intensity with him leading into one last powerful chorus, which had everyone singing.

He closed the set with an intimate performance of "Bye-Bye Darling", the final track on the album. BØRNS then quickly, yet graciously, thanked St. Louis and exited the stage. However, we knew that wasn't it! After a minute or two, he returned with the band entering first and then he began the encore set, performing hits from his previous albums like "10,000 Emerald Pools", "American Money", and finally, "Electric Love" to close the night.

BØRNS gave St. Louisans a night to remember by gifting the audience a look into the mixed bag that is his artistry.