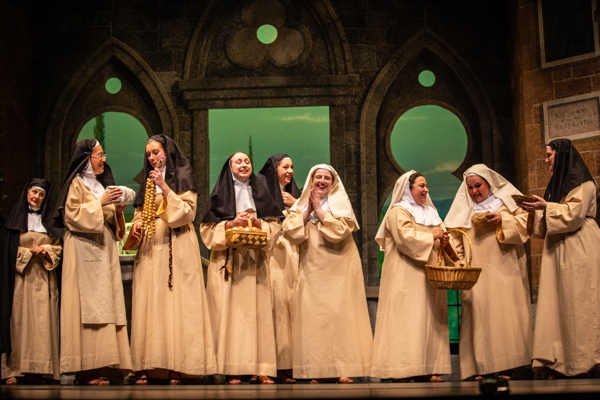 Earthly passion and fervent spirituality often walk the same path, and perhaps no composer understood that better than Giacomo Puccini. His opera "Suor Angelica" (Sister Angelica), presented by Winter Opera March 19-21, plummets the soul of a nun whose love for her child defies orthodox theology, but thereby leads to her redemption.

As the birthplace of opera, it is interesting to note that Italy has established a tradition of several extremely successful and highly dramatic one-act operas dating all the way back to Monteverdi, such as "L'Orfeo," "Cavalleria Rusticana" and "I Pagliacci," to name but a few. Puccini added brilliantly to that history in 1918 with his set of three one-act operas, collectively known as "Il trittico" (The Triptych). All three have ensconced themselves firmly in the operatic repertoire:  "Il tabarro" (The Cloak), "Suor Angelica" and"Gianni Schicchi." The three operas cluster around the theme of a concealed death, but they run a gamut of deep emotion from comedy to brooding darkness to sublime spirituality. By the time of their debut at the Metropolitan Opera, Puccini had poured several years of labor into their creation.

"Suor Angelica" bears a link to Puccini's sister, a nun herself, and Winter Opera staff member Angela Sander noted in her research that it was Puccini's personal favorite of the three. Giovacchino Forzano's powerful libretto brings to life the struggles of a nun in the late 1600s, a former princess shut away by her family for having birthed a child out of wedlock. When she learns that her son died at a young age, she resolves to commit the mortal sin of suicide in order to unite with him. In doing so, she beseeches the Virgin Mary to deliver her. Interestingly, the promised deliverance comes from the Virgin herself, not Jesus or an impersonal God far away, and there is no side-trip to purgatory or any other intermediary location before Sister Angelica and her son are united. Although the opera is done with a female cast only, many productions include at the very end the striking appearance of a young boy stretching out his hand to his mother, fleetingly yet touchingly portrayed in Winter Opera's production by Josie Moeser, accompanied by Lauren Smith Bearden as the Madonna.

Gina Galati, the founder and director of Winter Opera--and often a star herself--has worked tirelessly for 14 years to mount quality productions of great operatic works in St. Louis. This production marked not only a return to live performances following the global lockdowns, but also Winter Opera's first performance in its new home, the Kirkwood Performing Arts Center. Particularly during this challenging moment, Galati's efforts have been a labor of love for which our entire community should be grateful.

With present circumstances in mind, Gina assembled a cast, orchestra and staff of St. Louis artists. It would be impossible to list all the names here, but it is impressive to note the vast amount of hometown talent our community produces. Karen Kanakis as Sister Angelica sang with a deep warmth and lyricism that expressed the very essence of selfless devotion felt by an agonized mother. Kanakis was complemented by the brooding and rich voice of Nora Teipen, appearing as the unyielding aunt who breaks the news to Sister Angelica that her son has died. The two voices produced a fascinating contrast of color and tone quality that highlighted the tension of the drama unfolding. The well-blended and adept chorus of sisters in the convent similarly added an additional layer to the action, underscoring and delineating the emotions much like the chorus in a Greek tragedy.

In order to be fully effective, great opera requires skilled orchestral musicians as collaborators with the unfolding action onstage. Both the vocal and instrumental parts of this opera are intricate and intertwining, and the responsibilities are greater due to the current necessity of limiting the number of performers. Conductor Edward Benyas piloted the entire ensemble skillfully and tightly, even during those moments when the chorus sings offstage. His pre-performance comments with Gina Galati were particularly helpful in understanding Puccini's verismo philosophy. The entire presentation was aided by simple yet interesting stage and movement design, along with effective lighting and shading.

Perhaps the hero of this opera is Puccini himself, who had the wisdom and creativity to capture the essence of human emotions and the human soul in singular and simple phrases that tug at the heart of the listener. As such, "Suor Angelica" makes a profound introduction to opera for newcomers, yet offers plenty to ponder for aficionados. More than a century after its debut, Puccini's music still dazzles and casts a spell over listeners.