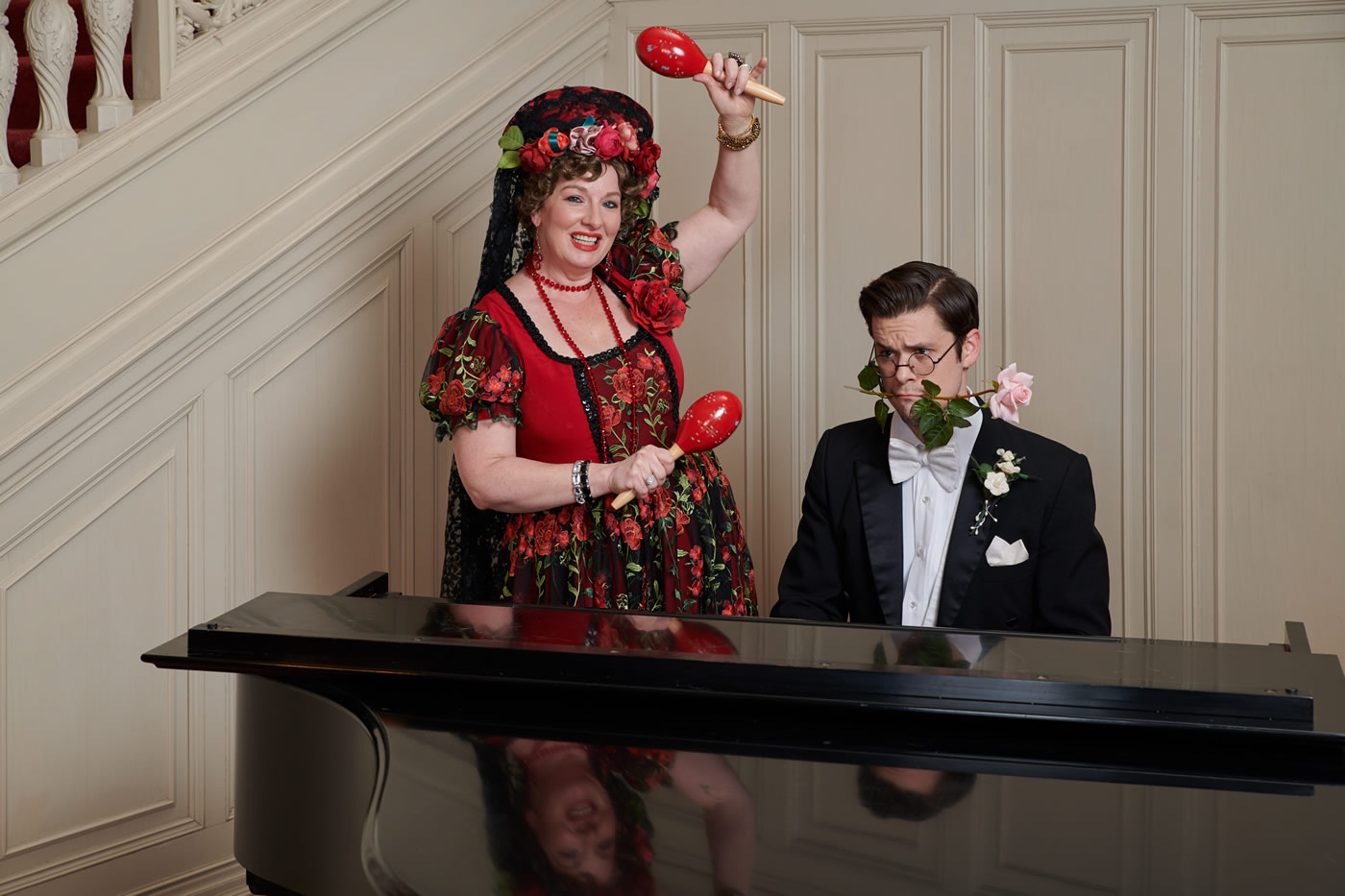 In Performance: A singular diva charms and theater for the youngest audiences brings mirth and imagination to St. Louis stages

This week’s In Performance reminds you that memories are great gifts to give, and live performances make spectacular memories. An evening seeing a play or musical can spark a lifelong love for the arts while expanding young minds and building empathy, creativity, and problem-solving skills. This time of the year is great for creating memories and traditions while supporting local music, art, and theater.

Max and Louie Productions presents Souvenir, in performance through December 31. After an injury derailed her dreams of being a concert pianist, Florence Foster Jenkins, a music lover and wealthy socialite refocused her goals. She set her sights on becoming a successful singer – and wasn’t about to let the fact that she was essentially tone-deaf slow her down. Remarkably, the determined woman enjoyed a successful career that included numerous standing ovations, a devoted and almost cult-like following of fans, and, perhaps most notably, a sold-out concert at Carnegie Hall.

“Florence’s story is a story of friendship as much as her steadfast and unfailing belief,” notes Debby Lennon, who plays the infamous diva. “And costumes,” Paul Cereghino, who accompanies her as Cosme McMoon, chimes in with a laugh. Lennon laughs in agreement, “It’s true, (costumer) Teresa Doggett created about 15 gorgeous costumes. It’s exhausting, but fun, and part of the whole experience.” The two actors get along like old friends, adding authenticity to their portrayals, and both are accomplished musicians. “There’s actually something difficult but very freeing to playing Florence,” Lennon observes, “as you listen to her recordings – the pair made six – you realize that she’s close, but off pitch just enough to be horribly distracting.”

Though Jenkins generosity as a patron and philanthropist helped open doors and secure recitals, she benefitted immeasurably from the devotion and dedication of her longtime partner and pianist, McMoon. “As their relationship continues,” Cereghino offers, “you see that Cosme cares deeply for Florence and not simply his reputation. He tries to arrange things in ways that will protect her.” McMoon admires Jenkins tenacity and unwavering belief, and he needs her constancy because he feels like he’s unraveling. In this way, Souvenir is as much a character study as it is a fantastically comic musical adventure.

“Here’s a woman of limited abilities, but she had such a warm, generous spirit, she was able to accomplish so much,” Lennon explains. “She had celebrity fans like Cole Porter, collaborated with Toscanini, and had great teachers and vocal coaches in addition to her dear Cosme.” The spirited Souvenir mixes comedy and cabaret recital style performances with an uplifting tale of an unusual and unexpected friendship.

The holiday season, with all its special events, is a great time to introduce your youngest family members to the joy and thrills of live theater. The Repertory Theatre of St. Louis offers the perfect opportunity with its Imaginary Theatre Company production of The Nutcracker, in performance through December 23. The retelling mixes dance, songs, and story to relay the traditional tale in a condensed version that moves quickly and is filled with clever surprises to keep the youngsters interested and provide a laugh or two for parents.

The story tells of Marie, a little girl who is feeling lonely after her family moves to a new home. Her Godfather shows up with a bevy of presents, including the mysterious nutcracker. “What I like about Marie’s journey is that it speaks to today’s child,” Perkins continues. “So many kids have to move from one place to another. They don’t feel welcome. They may get bullied and lose faith in friendship. Lose hope altogether.” The Nutcracker reminds us all “that anything is possible if you keep your heart open to possibilities.” And, just in case you’re wondering, Perkins confirms, “There are absolutely sugarplum fairies! The best!”

Holidays are also a time when we think about doing good and helping others. ERA is reviving the popular The Residents of Craiglist for a four-performance only fundraising event at the Centene Center for the Arts through December 16. The humorous and provocative piece is an original, found-text play created entirely from Craigslist posts.

“The concept of character is different from any other play I've worked on,” cast member Ellie Schwetye explains. “Lucy (Cashion) and Will (Bonfiglio) worked together with ads from Craigslist to build the script… They would print and cut out each post, so they could lay them all out on a table like they were trying to solve a murder mystery. This helped them find common themes for grouping text and envisioning the journey of the story.” The limited revival helps fund the company’s ongoing work and donations are also accepted.

Hans Brinker and the Silver Skates introduces young audiences to the joys of live theater with a show targeted to students in the 2nd through 8th grades that entertains on multiple levels. Produced by Metro Theater Company and in performance at the Grandel Theatre through December 30, the traditional tale delivers several lessons through well-crafted storytelling, music, and a few surprising special effects. All elements of the theater – acting, stagecraft, costumes, and special effects come together fantastically in this delightful story.

Mustard Seed Theatre revisits Ron Reed’s post-apocalyptic Remnant, a story of Christmas in a desolate future running through December 23. A tinkerer gathers his small community together in an attempt to reconstruct the rituals of Christmas; when a stranger arrives, the clan must decide whether he is here to bring redemption or death. The moving and effective play poses provocative questions about ritual and faith that ring with current familiarity.

Annie Baker’s 2014 Pulitzer Prize-winning play The Flick comes to life at R-S Theatrics through December 23. The poignant and bittersweet story introduces audiences to the employees of a rundown theater through a nuanced story that also examines the negative consequences of change and progress. In the end, audience members may be left pondering their personal experience with art in various mediums.

The Rep’s regional premiere of Miss Bennet: Christmas at Pemberley, written by Lauren Gunderson and Margot Melcon continuing through December 24, is an inventive piece of fan fiction. The romantic comedy imagines Austen’s most beloved characters celebrating the holiday season and expertly captures the spirit of Austen’s dialogue and storytelling, with a few new ideas that match the revered author’s forward-thinking attitude.

Director Gary F. Bell and the cast of Stray Dog Theatre’s Steel Magnolias, in performance through December 17, found that the story of the connection between a mother and a daughter and the women at Truvy’s beauty salon resonate just as deeply today as when the drama was first written. The focus on enduring love, families, friendships, and community gives the play a warm, hopeful tone that lingers, making it a gem of a holiday show.

St. Louis Actors Studio presents Martin McDonagh’s A Behanding in Spokane, in performance through December 17. The first play set in the U.S. by the Irish writer and director is a darkly funny story that takes interesting, if sometimes perplexing, twists as it chronicles an eventful night that delivers unique disappointment to each character and plenty of laughs for the audience.

As always, check out the KDHX Calendars for a listing of community art, music, and performance events!