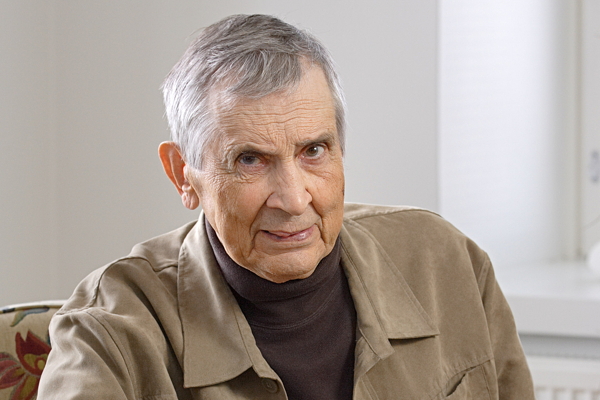 Symphony Preview: On wings of song

"Human music making," as music blogger Darren Giddings reminds us, "has been inspired by birdsong throughout history." If you doubt that, take a look at the program Resident Conductor Gemma New and the St. Louis Symphony Orchestra will be presenting this weekend (March 23-25, 2018).

The most obvious example of this is the second work on the program this weekend: "Cantus Arcticus, Concerto for Birds and Orchestra," written in 1972 by Finnish composer Einojuhani Rautavaara. A student of Finland's most celebrated composer, Jean Sibelius, Rautavaara (as René Spencer Saller points out in her program notes) "shared with his mentor a devotion to the natural world and the pleasures of tonality." Sibelius's admiration of the sounds of birdsong never got quite as literal as Rautavaara's does in this piece, though.

Commissioned by the University of Oulu to write a work for the school's first doctoral degree ceremony, Rautavaara responded not with the expected pomp and circumstance but rather with a work of lonely, ethereal beauty that uses recordings of bird songs from Oulu and the surrounding area as a major sonic element. You can find a more detailed description of the music by Chris Morrison at Allmusic.com, but rather than just reading about it, I'd like to recommend listening to it on line before you go. There's a performance by the Leipzig Radio Symphony Orchestra on YouTube that includes a synchronized display of the score--which will give you a sense of just how technically challenging this music is.

The other work in which recorded birdsong plays an important role is Ottorino Respighi's "The Pines of Rome," the second in his popular trilogy of tone poems evoking the sights and sounds of his native city--including the recorded song of a nightingale. Here's the composer himself (writing in the third person) describing what he had in mind (quoted in Dr. Richard E. Rodda's program notes for the National Symphony Orchestra):

While in his preceding work, Fountains of Rome, the composer sought to reproduce by means of tone an impression of nature, in Pines of Rome he uses nature as a point of departure, in order to recall memories and visions. The centuries-old trees which dominate so characteristically the Roman landscape become testimony for the principal events in Roman life.

"Pines" opens with children playing boisterously around "The Pines of the Villa Borghese," then changes to "The Pines Near a Catacomb," where a mysterious chant begins and then suddenly stops. Then the moon rises, and the music depicts the peaceful "Pines of the Janiculum" (a hill west of Rome with a spectacular view of the city), complete with the recorded nightingale.

The last (and most spectacular) movement is "The Pines of the Appian Way." "The tragic country is guarded by solitary pines," writes Respighi. "Indistinctly, incessantly, the rhythm of innumerable steps. To the poet's fantasy appears a vision of past glories; trumpets blare, and the army of the Consul advances brilliantly in the grandeur of a newly risen sun toward the Sacred Way, mounting in triumph the Capitoline Hill." It's exceptionally thrilling music that will get the surround-sound treatment in Powell Hall this weekend, with extra brass players sounding forth from the balcony.

Opening the second half of this weekend's concerts will be a 2017 work by Estonian composer Erkki-Sven Tüür in which nature also plays a major role. Co-commissioned by the SLSO, the Royal Concertgebouw Orchestra, and the London Philharmonic, "Solastalgia for Piccolo Flute and Orchestra" is described by the composer (quoted in Ms. Saller's program notes) as expressing "the distress that is produced by environmental change impacting on people while they are directly connected to their home environment":

Where I live, the impact of global climate change manifests itself in that winters are no longer winters and summers no longer summers. In my childhood it was ordinary for cars to drive to mainland on a 25 kilometer ice bridge in the winter. There was a lot of snow. And summers were so warm that swimming in the sea was the most natural thing in the world. Today's reality is that the difference between winter and summer equinoxes is often only 4 to 5 degrees. There is no place to hide from the ubiquitous environmental change caused by human activity.

At a time when, at least in this country, a depressingly large percentage of the population continues to loudly deny the reality Mr. Tüür describes in his words and his music, this piece feels very timely.

The piccolo soloist this weekend will be Ann Choomack who, when she's not playing in the SLSO flute section, is a faculty member at the Eastern Music Festival in Greensboro, North Carolina. Solo works for her instrument are not all that common, so it's good to see her take the spotlight.

The concerts will open with Rimski-Korsakov's popular "Capriccio espagnol" from 1887. Its title not withstanding, the work was actually composed entirely in Russia. "It reflects the composer's research and imagination," notes Ms. Saller "more than his travels as an officer in the Imperial Navy." It also reflects the composer's remarkable skill as an orchestrator--an area in which he was largely self-taught. He got so good at it that he went on to write a book on the subject--"Principles of Orchestration." The tome was begun in 1873 and completed posthumously by Maximilian Steinberg in 1912, who would finally publish it in 1922. The book is still available today, in both print and digital editions, from Dover Books.

The "Capriccio" is lively and colorful music, with plenty of opportunities for individual sections of the orchestra to show off, and includes a virtuoso violin solo that leads into the spirited "Fandango asturiano" finale. It should be a good high-energy start for the concert.