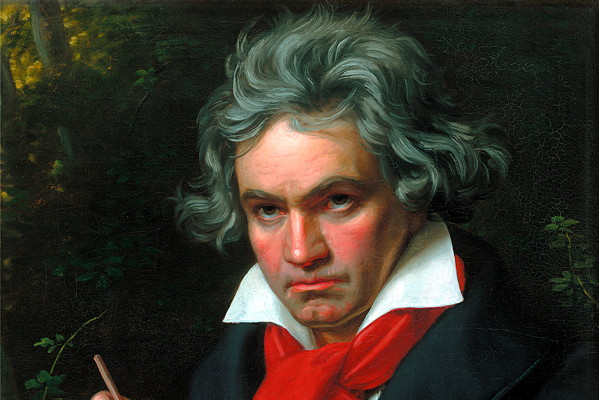 The concerts this weekend (October 19-21) by the St. Louis Symphony Orchestra bring us some of the best-known music of Wagner and one of the least-known concertos of Beethoven.

The Beethoven in question is the Concerto in C major for Violin, Cello, Piano and Orchestra, op. 56, a.k.a the "Triple Concerto." Composed in 1803 and 1804, the concerto comes from a very productive time in Beethoven's life. "At the same time," notes Emmanuel Music Aristic Director Ryan Turner, "he was composing the 'Eroica' Symphony, the 'Waldstein' and the 'Appassionata' piano sonatas, and the first of the 'Razumovsky' quartets." And yet performances of the piece are relatively rare. The SLSO, for example, hasn't programmed it since 2002.

Part of the problem might be that the first public performances of the work were less than successful, as Levi Hammer points out in a graduate thesis at my alma mater, Rice University. "The first [performance] took place in Leipzig in 1808," he writes, "and the account in the Allgemeine musikalische Zeitung is far from positive, probably due to a poor performance. The second public performance was in Vienna, and was also poorly received because 'the performers took it too casually.'" The concerto was not heard again until 1830, and has suffered from relative neglect ever since.

Beethoven's biographer Anton Schindler opined (in "Beethoven As I Knew Him," initially published in 1840 and then revised substantially in 1860) that the problem for not only the Triple Concerto but other Beethoven piano works as well was a change in the style of keyboard writing. "The principal cause of neglect," he wrote "was a change in the style of playing introduced by Hummel, Moscheles, Czerny, and others. This new style was totally foreign to Beethoven's music, both in form and in material." Writing for The Guardian, Tom Service suggests that bad performances might also have been an issue, at least since the invention of recorded sound. "It's one of those pieces," he writes, "that never seems to get a performance that does it justice. Usually, you get po-faced seriousness when a big orchestra and three star names try to out-do each other, as the cello, violin, and piano soloists fight for the limelight."

Other writers have pointed out that the material itself has gotten the reputation (unjustified, to my ears) of being what Peter J. Lawson at MusicWeb International calls "Division 2 Beethoven". Jerry Dubins articulates that point of view pretty clearly in a review  of a 2010 recording of the piece at ArchivMusic:

But it's the musical material itself, the content of the piece more than anything else, that is seen as the Triple Concerto's greatest liability, and what has led many to try to ignore it as the elephant in the room. Ceaseless scales and arpeggios pepper the pages of its first movement, often sounding like a blueprint for Terry Riley's In C. The slow movement, achingly beautiful but way too short, segues into the concluding rollicking Rondo, which is way too long, without having achieved a sense of completion or closure.

Having just listened to the work again recently, I can't really agree with that assessment. The first movement has true elegance, the second tranquil beauty, and the third cheerful charm. Perhaps the real issue with the Triple Concerto, is that, as Tim Munro suggests in his program notes "[p]osterity loves 'titanic' Beethoven. The lovable Triple often gets lost in the shuffle." There's at least as much geniality as genius in this music, which I see as a big plus.

Performing the Triple Concerto this weekend will be two members of the home team along with a visiting player who hit a homer on her first appearance here. Joining SLSO Second Associate Concertmaster Celeste Golden Boyer and SLSO Associate Principal Cello Melissa Brooks will be pianist Elizabeth Joy Roe, who appeared here for the first (and so far, only) time in November 2016. Back then she was a late substitute for Olga Kern as the soloist in Barber's Piano Concerto (with Leonard Slatkin on the podium), and, as I wrote in my review, she "proved to be more than equal to the work's technical challenges, tearing the place up with a display of steely power." Ms. Boyer and Ms. Brooks have also done some exemplary solo work on the Powell Hall stage in the past, so it will be interesting to see how they blend together Friday night.

The only other work on the program this weekend is "The Ring: An Orchestral Journey," an arrangement of important themes from Wagner's operatic "Ring" cycle by guest conductor Jun Märkl. Here's how Mr. Märkl describes the concept in the SLSO program book:

I have created a musical journey through the Ring cycle, following the story through the order of the operas. It is played continuously, like a tone poem. The music flows from the opening, at the depths of the river Rhein, to the end, in the floods of that same river. I made this arrangement to present the colorful and rich orchestral structures that are easily overlooked in opera performances, and to allow audiences to appreciate this great music in the concert hall.

The story of the "Ring" is an epic fantasy that spans three generations and tells the tale of a cursed ring of power that grants its holder world dominion--but at a terrible cost. Supernatural creatures abound, including dwarves, giants, demigods, and even a dragon.

If that sounds familiar, that's not surprising; both J.R.R. Tolkien and Wagner (who wrote his own libretti) drew heavily on the same mythical mother lode. For both Wagner and Tolkien, great power comes not only with great responsibility, but with certain doom as well.

The four operas of the "Ring" were intended to be performed as a single theatrical unit over four days, running a total of around 15 hours. The shortest of the four, "Das Rheingold" ("The Rhine Gold") runs around two and one half hours while the longest, "Götterdämmerung" ("The Twilight of the Gods"), clocks in at around five hours, not including intermissions.

Delivering the essence of this in one orchestral work is no mean feat, and yet more than one arranger and/or conductor has given it a try. Lorin Maazel's "The 'Ring' Without Words" (1988) is one of my favorites (his recording of it with the Berlin Philharmonic for Teldec still sounds wonderful), but the Dutch percussionist/composer/arranger Henk de Vlieger also took a shot at it in 1991 with his "The Ring: An Orchestral Adventure," as did Friedmann Dressler in "The Symphonic Ring," which appears to date from 2011. At around 45 minutes, Mr. Märkl's appears to be the most compact of the lot, since the others run 70 minutes or more. Dressler's, for example, fills two entire CDs.

If your exposure to the "Ring" is limited to "What's Opera, Doc?" ("Kill da waaaabit!") you might want to read the detailed synopsis of Mr. Märkl's arrangement in the SLSO program. Or you can just enjoy the great Anna Russell's 20 minute version.