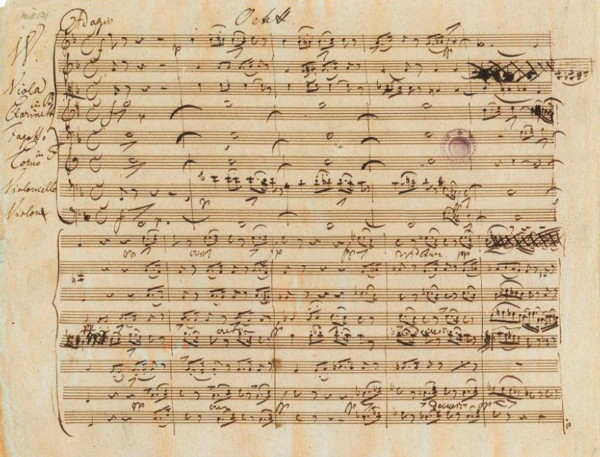 Last week the St. Louis Symphony Orchestra (SLSO) announced a series of six chamber music concerts for late October and early November. Each concert will be offered twice in rotating repertory through November 8. This is the second of three articles on the series since there's far too much music to cram into just one.

Friday, October 30 at 11 am and Thursday, November 5 at 7:30 pm is a program that's mostly French and mostly includes the harp. It opens with the sole outlier, "Reflections" for solo flute by late composer and flutist Katherine Hoover. Composed in 1982, this short piece is described by the composer as "Variations on an ancient Norwegian chant. Written outdoors at Artpark, NY." It certainly has that solitary, "high on a mountain top" feel that I associate with (say) Andean or Native American flute music—haunting, mysterious, and compelling. Listen to Kate Steinbeck's 2002 recording on YouTube.

The harp comes into play for the rest of the program: Debussy's 2015 Sonata for Flute, Viola, and Harp; the delightful 1953 Sonata for Harp by the unjustly neglected Germaine Tailleferre; and Ravel's "Introduction and Allegro" for harp, flute, clarinet, and string quartet from 1907.

Debussy's Sonata comes from a difficult time late in the composer's too-brief life (he died in 1918 at the age of 51 after a long and painful battle with colorectal cancer) when his health, romantic relationships, and professional fortunes were all a bit rocky. Both happy and mournful, the Sonata looks back to Debussy's youthful interest in the pentatonic scale and harmonies derived from Eastern models. The composer himself voiced ambiguous feelings about it in a letter to his friend Robert Godet. "The sound of it is not bad," he modestly wrote, "though it is not for me to speak to you of the music. I could do so, however, without embarrassment for it is the music of a Debussy whom I no longer know. It is frightfully mournful and I don't know whether one should laugh or cry - perhaps both?" Listen to this 1962 recording by noted harpist Osian Ellis and the Melos Ensemble with a synchronized score and see what you think.

Written for the famed Spanish harpist Nicanor Zabaleta, (a name well known to us music lovers d'un certain âge) Tailleferre's Sonata is such a consistently entertaining and appealing work that I'm a bit surprised it's not better known. But then Tailleferre has never achieved quite the recognition she deserved. The only female member of that group of French anti-Romantic composers known as "les six" (the others were Darius Milhaud, Francis Poulenc, Arthur Honegger, Georges Auric, and Louis Durey), Tailleferre was also the most long-lived, shuffling off her mortal coil in 1982 at the age of 91. I don't now whether she played the harp or not, but SLSO harpist Allegra Lilly (quoted in the program notes) feels that the Sonanta "could only have been written by someone with a deep understanding of the sonority of the harp and how one’s hands fit onto the strings." You can hear that in this YouTube video recorded by Woojin Lee in 2018 at the Conservatoire National Supérieur Musique de Paris.

Composed in 1905 on commission from the harp manufacturer Érard, the "Introduction and Allegro" is classic Ravel, with a short languorous introduction that quickly makes way for a lilting waltz theme, which in turn goes through some inventive melodic and harmonic changes without ever leaving the three-quarter time signature. It's the most well-known work on the program, so you've probably heard it before. If not, YouTube has a recording by members of the Academy of St. Martin-in-the-Fields that comes with a synchronized display of the score.

The reason we're not hearing all of the Schubert work is that it's a very big, ambitious work in six movements. A full-length performance can take an hour or more (even the composer's titanic Symphony No. 9 isn't quite that long), so the SLSO has opted to drop the seven-minute fifth movement (a minuet) and go straight from the theme and variations of the Andante fourth movement to the lively finale.  If you want to hear the whole thing, there's a performance by Janine Jansen and friends on line that includes a synchronized display of the score.

Inspired by (and is many ways similar to) Beethoven's popular Op. 20 Septet, it's filled with wonderful melodies and plenty of jollity, but there are darker and more dramatic moments as well possibly reflecting the composer's poor health at the time. "“I feel myself the most unhappy and wretched creature in the world,” he wrote to his friend Leopold Kupelweiser on March 31st, 1824. “Imagine a man whose health will never be right again, and who in sheer despair over this ever makes things worse and worse, instead of better; imagine a man, I say, whose most brilliant hopes have perished, to whom the felicity of love and friendship have nothing to offer but pain, at best, whose enthusiasm for all things beautiful [is gone], and I ask you, is he not a miserable, unhappy being?”

Schubert composed the Octet, as he so often did, at light speed, completing the whole thing in just three weeks. “When visiting him during the day," recalled his friend Moritz von Schwind,  "he gives his greetings, asks how everything is, and when asked how things go with him, he responds ‘fine,’ without interrupting his writing. So one leaves.” Maybe he just didn't want to inflict his mood on his friends.

The Shaw work that opens the concerts has its more serious moments as well, but it's mostly a virtuoso study in just how much sonic variety a person can get out of a string quartet. There are some eerie harmonics, creative use of pizzicato and, at one point, something that sounded rather like an amiable conversation among a quartet of cats. On her publications web site, Shaw says "Ent'racte" "was written in 2011 after hearing the Brentano Quartet play Haydn’s Op. 77 No. 2 — with their spare and soulful shift to the D-flat major trio in the minuet. It is structured like a minuet and trio, riffing on that classical form but taking it a little further." I'd say it takes the idea quite a bit further, and with intriguing results. You can hear it yourself on, of course, YouTube, in a virtuoso performance by the Calidore String Quartet.

Audience size for all these concerts will be limited to 150 for each performance and tickets can only be purchased by calling the SLSO box office at 314-534-1700. Only two tickets can be purchased per household. Information on the SLSOs COVID-19 safety protocols is available at the orchestra's web site.